Absalonsen netted twice in four Cup games before injuring a thigh in the semi-finals, which has kept him out of their last four league fixtures.

Without him, they lost three straight and slumped to eighth, before last night’s 2-1 away win over Central Coast.

Adelaide’s high early-season injury toll has started to decrease, with defender Ersun Gulum and striker Papa Baba Diawara coming back against the Mariners.

Asked after the game if anyone else was in contention to return for the FFA Cup decider at Sydney’s Allianz Stadium, Kurz said “Maybe for the bench, Johan.”

“We have four days to find a decision for this.”

The win over the Mariners was a timely confidence booster for Adelaide going into a final in which they will start the underdog.

The Reds created most chances in the game, while the Mariners had a good share of of possession but didn’t force their former goalkeeper Paul Izzo to make any big saves.

The Mariners led at halftime in Gosford through a 40th-minute Wout Brama penalty after Baba Diawara shoved Connor Pain.

German Daniel Adlung restored parity with a goal of the season contender from 25 metres just before the hour mark, before Ryan Kitto fired home from the edge of the area in the 93rd minute to halt the Mariners’ three-game unbeaten run. 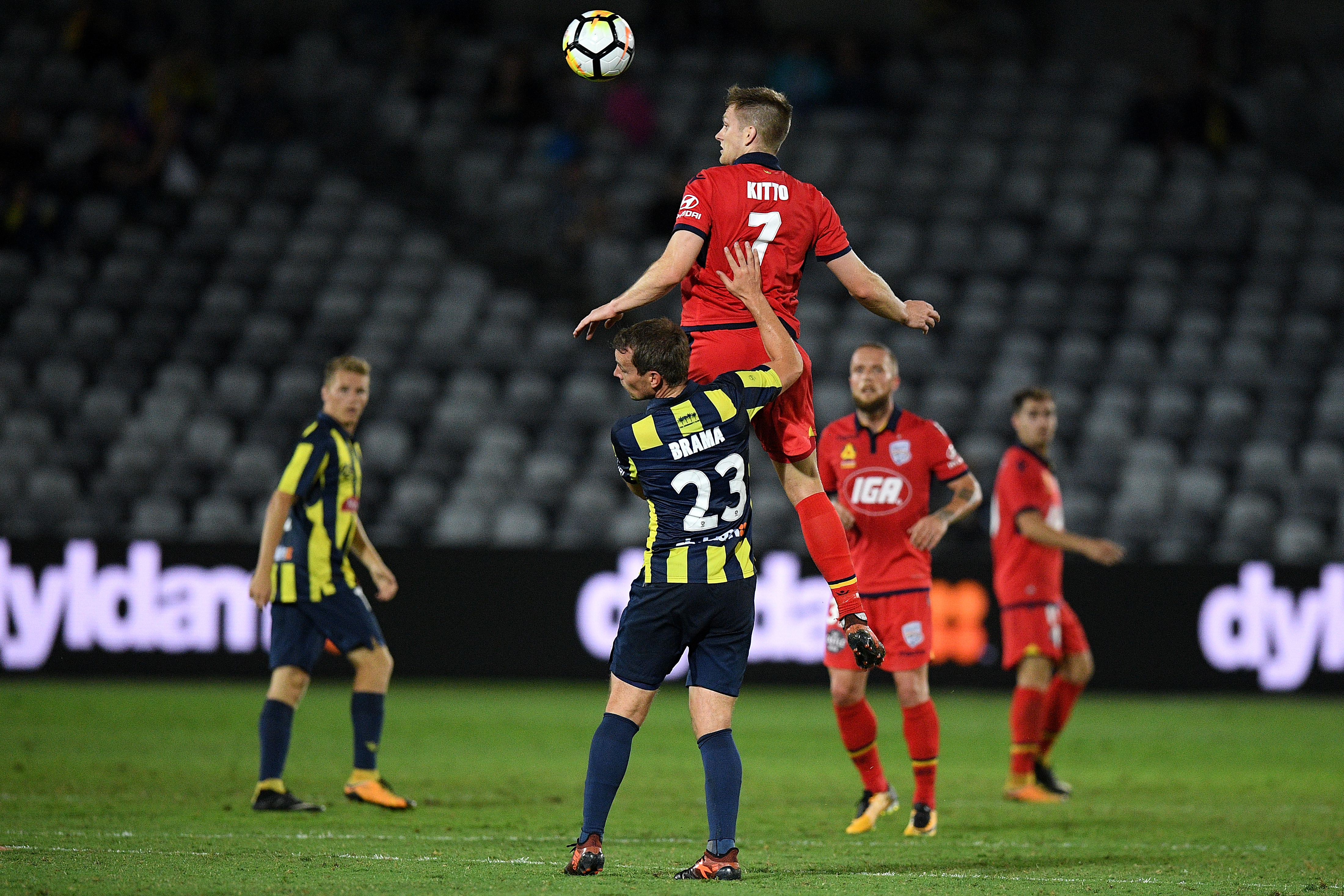 “I think Sydney is the favourite team in the final, but we have a very good team,” Kurz said.

“We feel confident and we are ready for for the final.”

Renowned for his hard early-season training regime, Kurz has lightened his team’s load for a spell of three games in 11 days.

“You must go a little bit down with the intensity, but the game day it’s important that they feel fresh and I think today, we saw it,” Kurz said after the win in Gosford.

“They are young boys, they worked hard in the pre-season and I think they have enough power for the next game.”

He was pleased they kept calm after falling behind to a penalty they felt should not have been awarded.

German Kurz also congratulated the Socceroos on making next year’s World Cup finals, though he noted most Australians weren’t overly optimistic about their prospects in Russia.

“Australia are not favourites in Australia, but it’s good to play the tournament,” Kurz said.

“It’s experience for Australian players and also the most important point I think is young boys watch the tournament on TV.”