But on the night of his crowning glory – qualifying for the 2018 World Cup – the national team coach still didn’t say whether he would be honouring his contract and taking the Socceroos to Russia.

The night, Postecoglou declared, was for celebrating.

“What happens beyond here can be picked up tomorrow and we can decide then. It won’t take too long,” Postecoglou said.

“I’ll sit down with the powers that be.

“I’m going to make sure I enjoy this first.

“We haven’t got another game until March (and) from that perspective, there’s no real urgency.”

Australia were irrepressible in a 3-1 triumph over Honduras last night that sealed their place at a fourth consecutive World Cup.

Postecoglou became the first Australian to guide the Socceroos through qualification, adding the achievement to the 2015 Asian Cup triumph.

Postecoglou admitted feeling overwhelmed after the match; both for Australia’s triumph and the transformation of his much-renovated and tactically overhauled side. 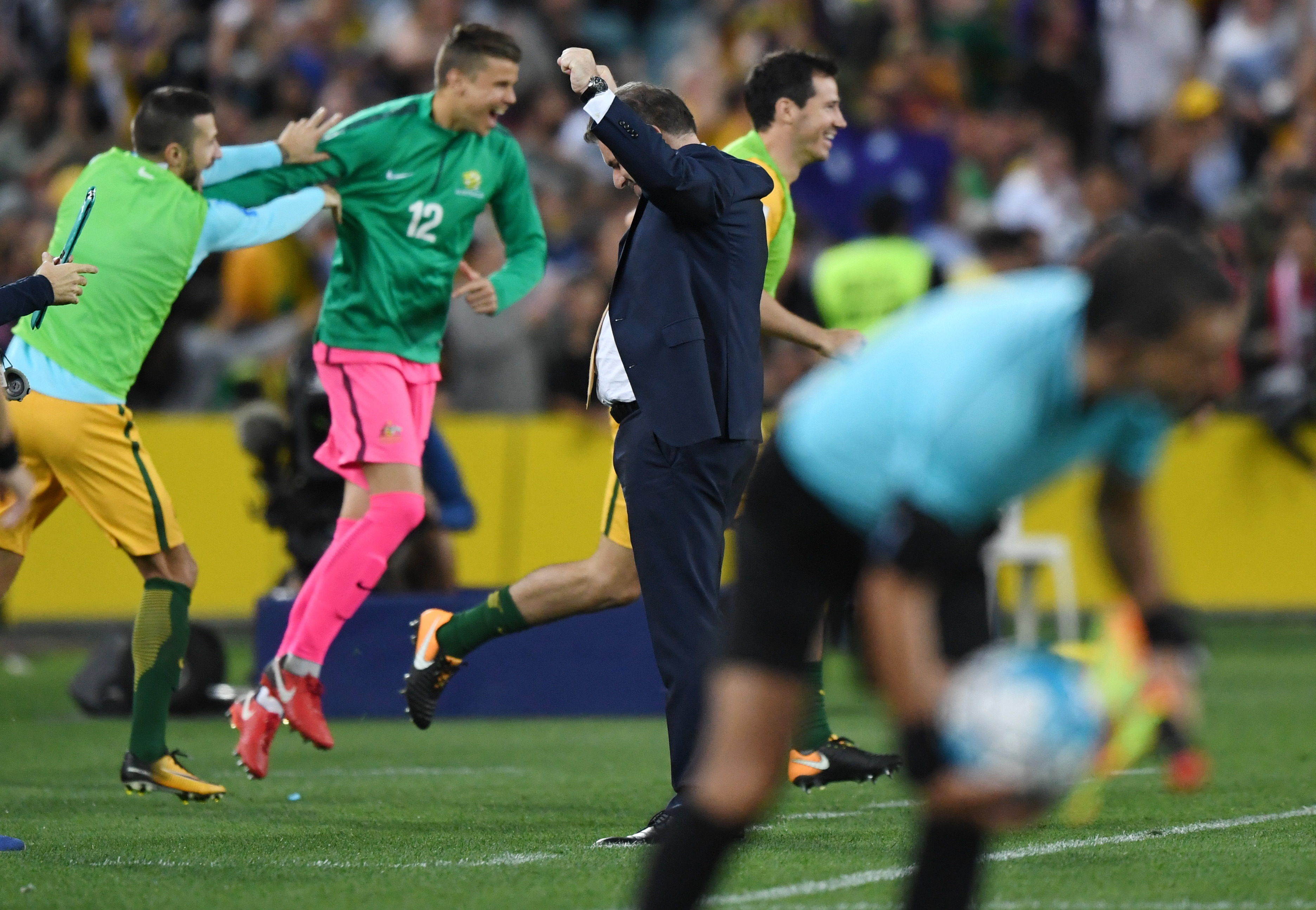 “When you’re coaching your own national team there’s an extra layer of burden and responsibility there because you know what it means to the nation,” he said.

“Before the game, I actually showed (the players) what I said at the press conference when I took over.

“This group of players deserve a hell of a lot of credit.”

But qualification hasn’t made Postecoglou feel like he belongs in the role.

Tension has accompanied his tenure in recent months.

It bubbled over last month with reports he would leave the position in the case of successful qualification.

Last night he said he would always feel like an “outsider” in Australian football, despite the successful journey he had overseen since taking the job in 2013.

While it remains to be seen whether Postecoglou will head to Russia, he suggested he will have the fondest of memories through the marathon qualification process.

“This has been the greatest honour of my life,” he said.

“Knowing how hard this World Cup campaign was going to be… it’s been a remarkable four years. It’s not just the results, it’s the way we’ve gone about it.

“And I think moving forward it’s what is going to make people stand up and take notice.”

While Postecoglou’s tenure is up in the air, star striker Tim Cahill has cast doubt over his future with Melbourne City, suggesting he will walk if he can’t get regular A-League football in the lead-up to the World Cup.

The Socceroos talisman, who turns 38 next month, overcame an ankle problem in time to run out nearly 70 minutes of the 3-1 win over Honduras, a result that sends Australia – and Cahill – to a fourth straight showpiece.

Cahill has been used only frugally off the bench under Warren Joyce this season, his first start against Sydney FC interrupted by the injury that has had the country on tenterhooks throughout the final two-legged play-off.

“For me now, I’ve got to make some big decisions on the level of where I’m playing at and what I’m going to do,” Cahill told Fox Sports after Australia’s triumph.

“We’ll just enjoy this for now, but I need game time. I knew this was going to happen, it was only a matter of time. I’m excited for the future.

“I would have done anything to be part of this group and I’m going to do anything to stay a part of it.”

Pressed further on whether he would look elsewhere in the absence of game time for City, Cahill was coy but dropped heavy hints.

“It’s something that I’ll make sure that either way for me I’m always going to play. If I don’t, I’ll find a way to play,” Cahill said.

“For me to have the chance of being involved in four World Cups needs a bit of thought processing.

“I need to play and I need to stay fit. I feel great even though I’ve got an ankle injury and that’s something I’ll look at in the next few weeks.

“To get to a World Cup you need to be playing at the highest level.

“My job was qualifying for the World Cup. My next job now is testing myself to see how competitive I can be if I want to get to another World Cup.”

Brisbane Roar coach and former Socceroos striker John Aloisi said he believed Cahill would walk away from City if he isn’t given more minutes.

“He virtually said if he doesn’t get game time he’s off, he’s away from Melbourne City,” Aloisi said.

“Because he wants to go to the World Cup and he knows he needs to play regular football to get there.

“I was surprised, because there must be something behind it for him to make that comment.”