The Socceroos face the world No.69 tomorrow morning (Australian time) in San Pedro Sula, in the first of the two-match series that will send one of the teams to Russia.

The Socceroos drew three times on the road in qualifying – with 2-2 results in Thailand and Saudi Arabia, and a 1-1 draw against Iraq.

The common criticism is that it was these results that cost Australia direct qualification for the 2018 tournament in Russia.

But how the Socceroos would love one of those results in San Pedro Sula.

With a home tie to come, and the benefits of a quicker transit to Australia and more sophisticated rehabilitation methods, a draw would set up Australia to progress.

It is how they triumphed against Uruguay in their last World Cup play-off in 2005 and one of the reasons they fell short in 2001.

Uruguay carried a narrow 1-0 deficit into the second leg in Montevideo and overran Australia to win 3-0.

Craig Moore, a key figure in the 2001 campaign, said playing home last was “a huge advantage” if Australia could grab a positive result.

“That can be a draw or a defeat with an away goal,” he says now.

“But we’ve got to make sure we’ve got something to play for. Then we can start to really ramp it up and utilise the home support for the second leg.”

Mark Schwarzer, who made both trips to Montevideo, agreed it was an advantage, “but it’s only there if they take it”.

“It gave us a platform to deliver the result we needed at home.

Honduras also have this benefit – with suspended captain Maynor Figueroa and Alberth Elis to come back into the fold.

Thinking ahead, Postecoglou hopes it will be Sydney where he can cash in.

“We’ll have some good players who’ll be fresh,” he said.

“The second leg will be one that could end up going into 120 minutes… I think it will be an asset to us.”

First though, Australia must aim to turn Honduras’ biggest strength – their fiery home support – on its head in the opening match of their intercontinental World Cup play-off.

“We’re going as hard as we can in both games and they’ll have to keep up,” Postecoglou said. 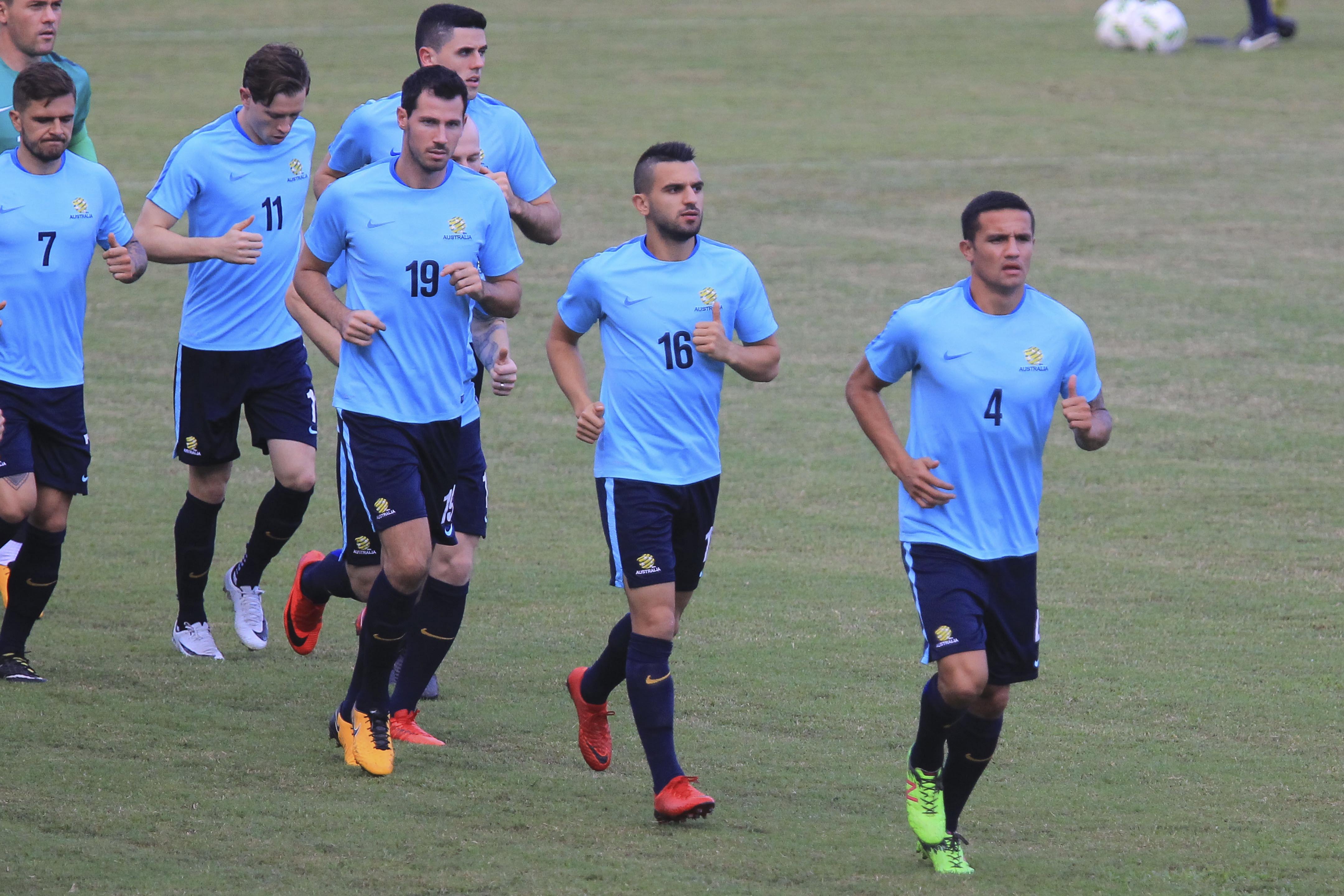 On paper, Australia match up well with their opponents, with more overseas-based stars, more wins in qualifying and a better qualifying pedigree.

But the Socceroos face challenges – both in their own ranks and from the opposition.

The absence of Milligan, Leckie and Kruse – and an injury to superstar forward Tim Cahill – means Postecoglou must rejig his team for the away leg.

Australia also have a poor record in World Cup play-offs. The Socceroos are yet to win an away leg and have qualified just once from six appearances.

The Estadio Olimpico Metropolitano, nicknamed the tomb for its reputation of ending the careers of opposition coaches, is Honduras’ best asset.

Los Catrachos have lost just four times in 25 home qualifiers over the past decade, a solid foundation they have used to reach the last two World Cups.

The 40,000-capacity stadium will be rocking for Australia’s visit, but Postecoglou isn’t skiving away from the occasion.

His message is to bring it on.

“The atmosphere, it will be passionate as it should be,” he said.

“We know there’s a big prize at stake and we’re not expecting to come here and have an easy ride.

“Players will be looking forward to that.”

Convention in home and away play-offs is that avoiding defeat in the away tie is key to succeeding over two legs.

The Socceroos believe an unbeaten record in hot-weather away days – in Thailand, UAE, Saudi Arabia and Malaysia – so far on the road to Russia holds them in good stead.

Tom Juric, who will lead the line in San Pedro Sula, said he would relish the occasion.

“These hostile environments, I like playing in these sort of games,” he said.

“That will bring the best out of a lot of us.

“It will be a key to stay focused on what we do and keep those emotions to a minimum.”

Of course, Honduras will face the same gauntlet in Australia.

The Central Americans’ home record is impressive – but Australia’s run of just one home qualifying loss since 1981 – some 58 matches – is untouchable.

Keeping one eye on the home leg, Postecoglou said he will make Honduras work for a result ahead of the return to ANZ Stadium on November 15.

“This is their chance in a two-legged tie to really use every advantage that they have in terms of the crowd, in terms of their conditions. We expect everything to be in their favour,” he said.

“For all the talk of the environment and the conditions, our home form is pretty formidable so they’ll need to get something out of this game.”