The Reds’ win means new boss Marco Kurz will have the chance to win a trophy in just his 12th game with Adelaide.

The German oversaw a masterclass in soaking up pressure and taking chances against the Wanderers. 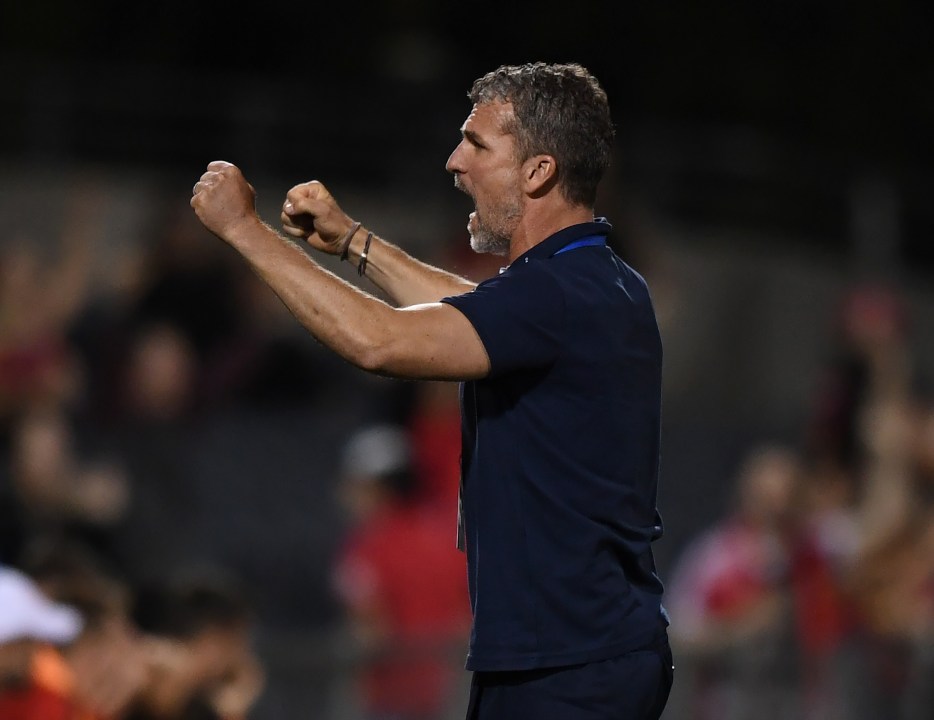 The young Wanderers’ defender took an airswing at a loose ball as Absalonsen lurked and out-muscled him, rolling the ball past Vedran Janjetovic.

Western Sydney dominated possession and shots as they searched for an equaliser.

They came closer to red cards.

Roly Bonevacia and Isaias traded yellow cards for tackles on each other within five first-half minutes, with the Wanderer lucky to stay on the pitch.

Aspropotamitis also could have been dismissed for an elbow to George Blackwood’s head just a minute after a booking for a late challenge on Nikola Mileusnic.

Not even a yellow??? What am I seeing? #FFACUP #WSWVADL

Damning replay of the melling tackle for Peter Green. Went to his back pocket and then didn't even issue a yellow card #FFACup #WSWvADL

By that stage, the Reds were two up after Adlung had lashed home off the post from outside the box.

Instead of being down a man, the Wanderers had a lifeline.

Santalab dispatched a Panenka-style penalty – dubiously awarded by Green – past Paul Izzo to keep their hopes of a first Cup final alive.

Adelaide held firm and will return to the final for the first time since winning the inaugural competition.

The loss is Western Sydney’s first since Tony Popovic walked out of the club on the eve of the season.

It will also lengthen the club’s wait for a first piece of silverware since winning the 2014 Asian Champions League.

FFA will announce the venue for the final, set to be held on Tuesday November 21, in coming days.