Tomoaki Makino and Rafael then landed the killer blows at Campbelltown Stadium last night to deliver the 2014 champions their heaviest ACL loss across three campaigns. 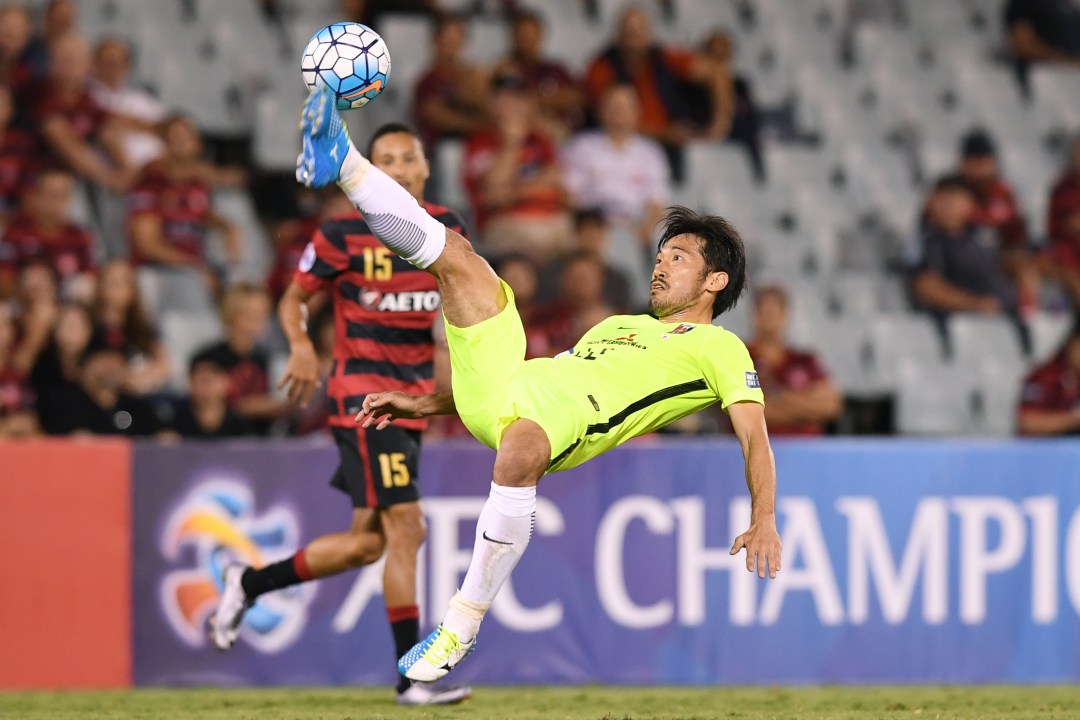 Coach Tony Popovic catered for a short three-day turnaround, along with this Saturday’s trip to Perth, with six changes to his starting XI, thrusting untested teenaged striker Abraham Majok into the mix.

It was a baptism of fire for the 18-year-old Kenyan-born South Sudanese, who led the line on club debut against one of Asia’s top teams just five months after last playing in the NPL 2 for Mt Druitt Town Rangers.

His offside goal aside, Majok battled to make a dent in the Reds, who deployed close to their strongest line-up but showed a lack of polish, expected of a team yet to start their domestic season.

The hosts held firm as the excellent Kearyn Baccus opened up play, threading a ball into the area that Majok couldn’t get his boot to before he took Nico Martinez’s attempt in a marginally offside position.

But it all came undone 10 minutes after the break when an excellent play from Lee set up Koroki to tuck home.

Only two minutes passed before Koroki turned provider to Lee, who buried a left-foot shot in the bottom-right corner before Makino side-footed home from a set piece 10 minutes later.

If that left the result in no doubt, it only became worse for the Wanderers when Rafael beat Janjetovic at his near post.

A small crowd of 5590 turned out for the mid-week fixture, including a strong contingent of Reds fans who at times outsang the Red and Black Bloc.

One Reds fan was taken away by paramedics after appearing to fall very ill suddenly in the first half. 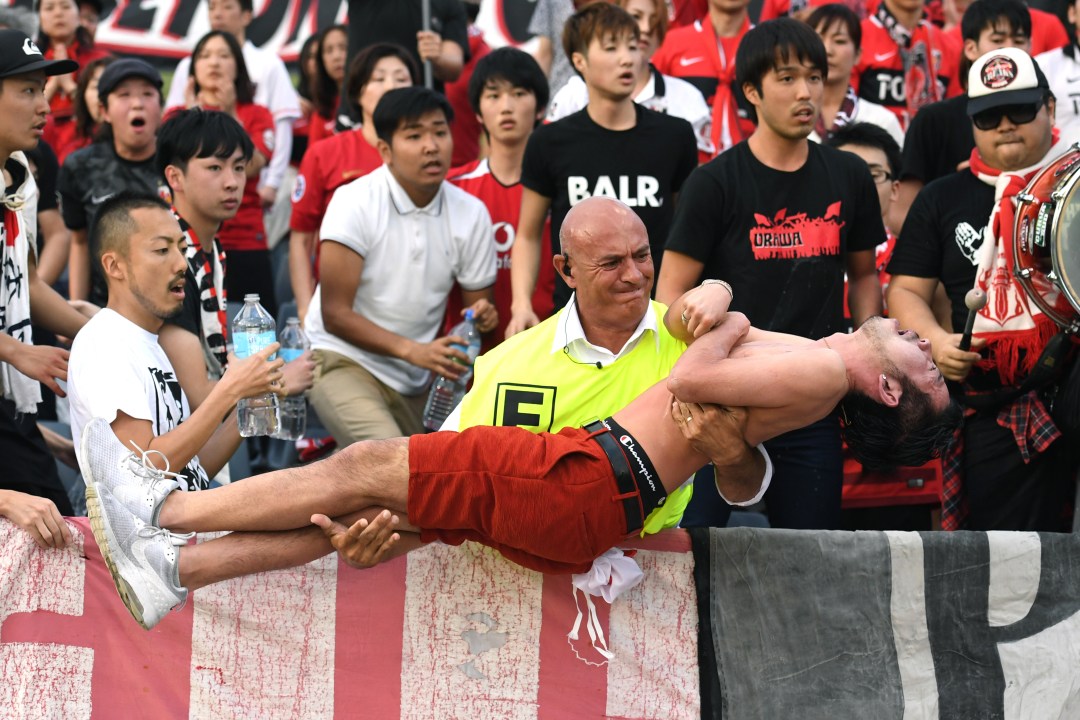 “What happened, which is quite simple – you get punished for mistakes,” Popovic said.

“That’s the reality and that’s a harsh lesson.

“The game opened up quickly once we conceded two goals in a short space of time.”

Urawa coach Mihailo Petrovic felt the scoreline did not accurately reflect the contest.

“I really respect head coach Mr Popovic and I have sympathy with him,” Petrovic said.

“Today it’s unlucky for him, but I hope to get a great game in the next match.”

The Wanderers head to China next week to take on Shanghai SIPG.

Meanwhile, a depleted Brisbane kicked off their own ACL campaign with a scoreless draw against Muangthong United at Suncorp Stadium.

It’s a result they’ll probably take in the circumstances with a raft of key players missing. They had to rely on a string of strong saves from Jamie Young to keep the Thai Premier League champions at bay.

Skipper Matt McKay (broken nose), Thomas Kristensen (hamstring) and Luke DeVere were all ruled out as coach John Aloisi called on a number of youth players to scrape together a team for the Roar’s sixth match in 22 days.

Striker Jamie Maclaren and veteran playmaker Thomas Broich both came off the bench in the second half but neither could find the breakthrough Brisbane needed in front of just 4536 supporters.

The Roar were warm favourites to win but it was never going to be an easy task against Muangthong – six of their starting players featured for Thailand in November’s 2-2 World Cup qualifying draw against the Socceroos.

Brisbane were heavy-legged after Saturday’s A-League clash away with Perth.

The visitors generated the better chances on goal – and had 16 shots to Brisbane’s seven – but simply could not get past goalkeeper Young, who Aloisi had rested from A-League duties to keep him fresh for the ACL.

Former La Liga striker Xisco – who transferred late last year to the Thai club – was a constant threat up front for Muangthong but Young, stand-in captain Jade North and his rookie defensive partner Cameron Crestani thwarted him and his teammates at every turn.

Nick D’Agostino came closest to scoring for the Roar just before halftime, when the 18-year-old latched onto a cross from fellow teenager Dane Ingham, who was playing just for the third time at senior level and out of position at left-back.

However, Muangthong gloveman Kawin Thamsatchanan managed to get a hand on D’Agostino’s attempt before it cannoned into the post and then out for a corner.

Kashima Antlers won 2-0 in Group E’s other match against Ulsan Hyundai, who the Roar will take on next Tuesday night in South Korea.

Aloisi said the draw was a good result in light of their injury toll.

“The younger boys showed we’ve got good depth and they’ll gain from this experience,” he said.

“They played against a really good side. Of course you want to win the game and get the three points, but the important thing is we got something out of it.”

“We’re in a good space at the moment.”

Muangthong coach Totchtawan Sripan said it was a solid start to their first ACL appearance since 2013.

“Both teams had a chance to take the three points but I’m very happy about taking a point back to Thailand,” he said.