In scenes that were a throwback to the hooliganism that blighted English football at the end of the last century, bottles and coins were thrown, seats ripped up and stewards struggled to control rival fans seeking to confront each other.

There was also violence outside the stadium, the centrepiece of the 2012 Olympics, where riot police intervened as supporters clashed on their way back to the London Underground.

The FA confirmed overnight it had launched an investigation and will assess the evidence after talking to both clubs.

“West Ham United and London Stadium are finalising the identification of 200 individuals who will receive stadium bans having been involved in incidents of disorder during West Ham’s EFL cup victory over Chelsea,” West Ham said in a statement. 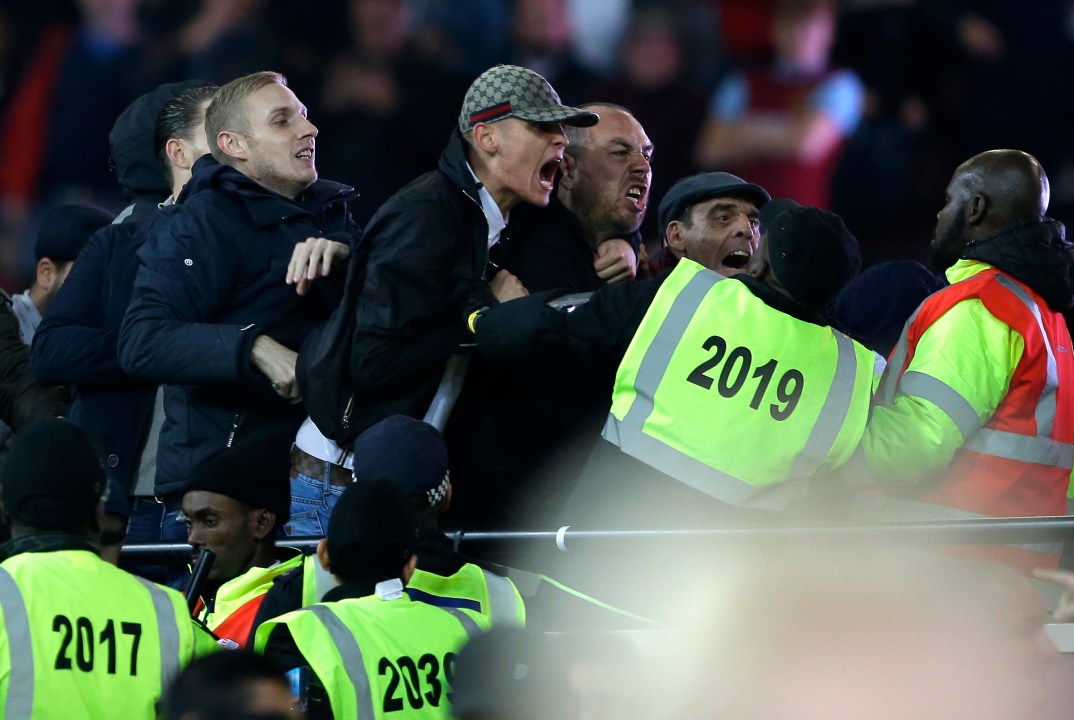 West Ham has signalled it will ban supporters involved in the violence. Photo: Alastair Grant / AP

“Rapid progress has been made in the investigation with extensive CCTV footage being shared with West Ham United, London Stadium partners and the Metropolitan Police.

“Banning notifications will be issued for offences ranging from the use of abusive and offensive language to missile throwing.”

West Ham won the fourth-round tie 2-1 but the crowd trouble dominated the headlines. Police said three of the six people arrested after the skirmishes near the end had been charged.

The main trouble flared towards the end of the game as stewards struggled to contain rival fans gathered in the gangways. A series of scuffles broke out and more missiles were hurled.

The violence was centred in the lower tier of the Sir Trevor Brooking stand, where rival supporters were separated by gangways, manned by stewards.

The clashes sparked a debate about whether the stadium, which was converted to a football ground after the Olympics, is fit for purpose.

Wednesday’s game had been identified as a potential flashpoint and the first big night test for West Ham, who moved from their traditional home at the Boleyn Ground into their new stadium at the start of the season. 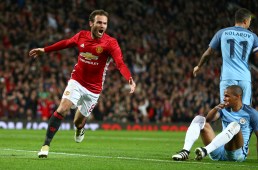 Outbreaks of trouble have already been recorded at West Ham’s Premier League games against Watford, Sunderland and Middlesbrough this season, and fears have been raised of a repeat with 5000 Chelsea supporters travelling to the game between traditional rivals from east and west London.

Special security measures had been put in place, including an alcohol ban and a reduction in the number of tickets on sale.

More than 1000 stewards were deployed in and around the ground, which also had “a robust presence” of police officers.

London Stadium 185, the company in charge of security at the ground, said the number of stewards was double that normally deployed for Premier League games, adding that fans were segregated in accordance with official guidelines.