Former Netherlands defender Frank de Boer is favourite to replace Martinez, according to several British bookmakers, after he left Ajax Amsterdam earlier in the day.

Everton confirmed media reports that the Spaniard had left, with three years remaining on his contract.

“The chairman and the board of directors would like to place on record their thanks for the dedication and commitment Roberto has shown during his three seasons at the club,” Everton said in a statement.

“Roberto has been a great ambassador for the club, conducting himself at all times with the utmost integrity and dignity.”

Everton reached the semi-finals of both domestic cups this season but it is their disappointing league form that has cost Martinez his job.

After a bright start, the Goodison Park team have tailed off alarmingly and are 12th going into the final weekend of the season having won once in their last 10 league games.

Fans have become increasingly disgruntled, especially as the squad is one of the best the club have assembled for many seasons with the likes of Belgium striker Romelu Lukaku, England midfielder Ross Barkley and former Barcelona midfielder Gerard Deulofeu.

Since a 4-0 rout by local rivals Liverpool last month, banners have been displayed at games calling for Martinez to go.

The 42-year-old has a reputation for producing sides that are easy on the eye but Everton have struggled defensively this season, conceding 55 goals in the league ahead of Sunday’s finale at home to Norwich City.

Last season they reached the last 16 of the Europa League but regressed in the Premier League, finishing 11th with 47 points.

The downward trend has continued in the league this term despite around Stg30 million ($A58.7 million)) spent on Ramiro Funes Mori, Oumar Niasse, Aaron Lennon and Deulofeu.

They have lost eight of their 18 home league games, the worst record in the club’s history.

Pochettino’s side will finish as English Premier League runners-up for the first time since 1964 if they beat Newcastle United on Sunday’s final day of the season, having pushed Leicester City hard for the title.

“We have seen Mauricio bring a tremendous spirit and ethos to our club and embrace the attacking style of play with which we have always been associated,” chairman Daniel Levy said in a statement.

“He has built a squad of youth and experience and this season we have seen football played at the highest level – quite sublime at times.”

He has created a fast and powerful side with a backbone of young English players such as Harry Kane, Eric Dier and Dele Alli. 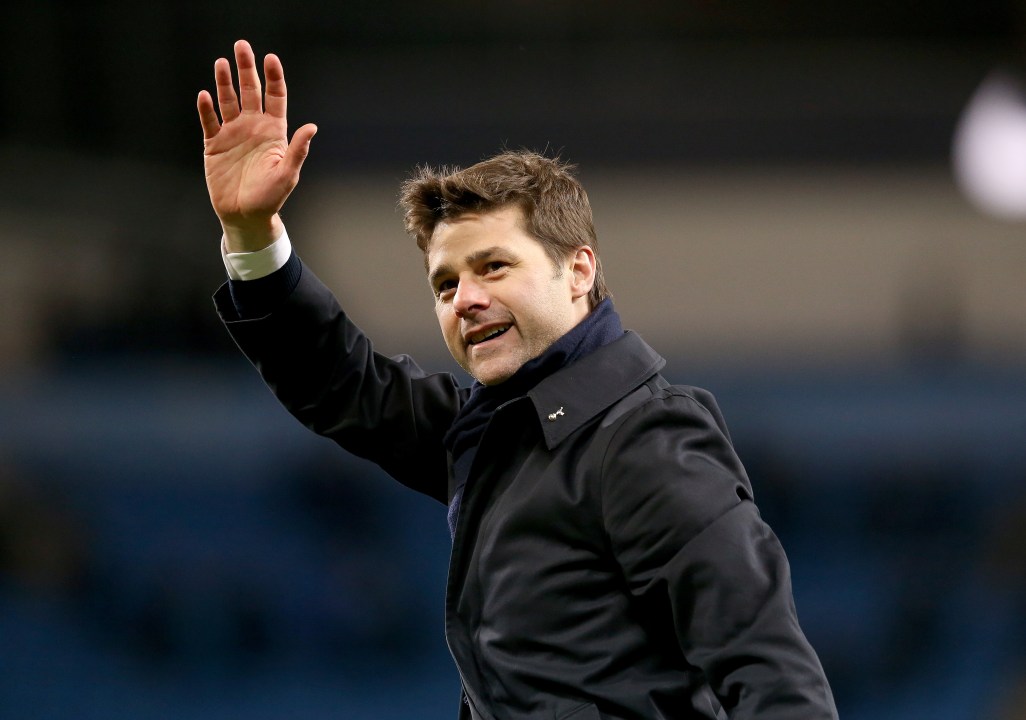 Pochettino was photographed having lunch with former Manchester United manager Alex Ferguson this week, prompting rumours he could be a target for the Old Trafford team.

“Everyone at the club is delighted he has agreed an extended contract and we all look forward to working with him in the coming seasons,” Levy said.

“I know he is as ambitious for our club as we all are.”

With a bright young squad at his disposal and a new stadium on the way, Pochettino says everything is in place for Tottenham to maintain their improvement and challenge for honours.

“I could not be happier to sign this new contract. It was an easy decision for my coaching staff and I because we can feel the appreciation of everyone here. There is no better place to be right now,” said Pochettino who will lead Tottenham next season in the Champions League.

“This club has all the ingredients to continue to challenge at the very top in both the Premier League and in Europe and we want to be here to be a part of what I believe will be a special period in the club’s history.”