FIFA said it is investigating “in the context of the 2006 World Cup host selection and its associated funding” after studying the final report of external law firm Freshfields which was published on March 4. 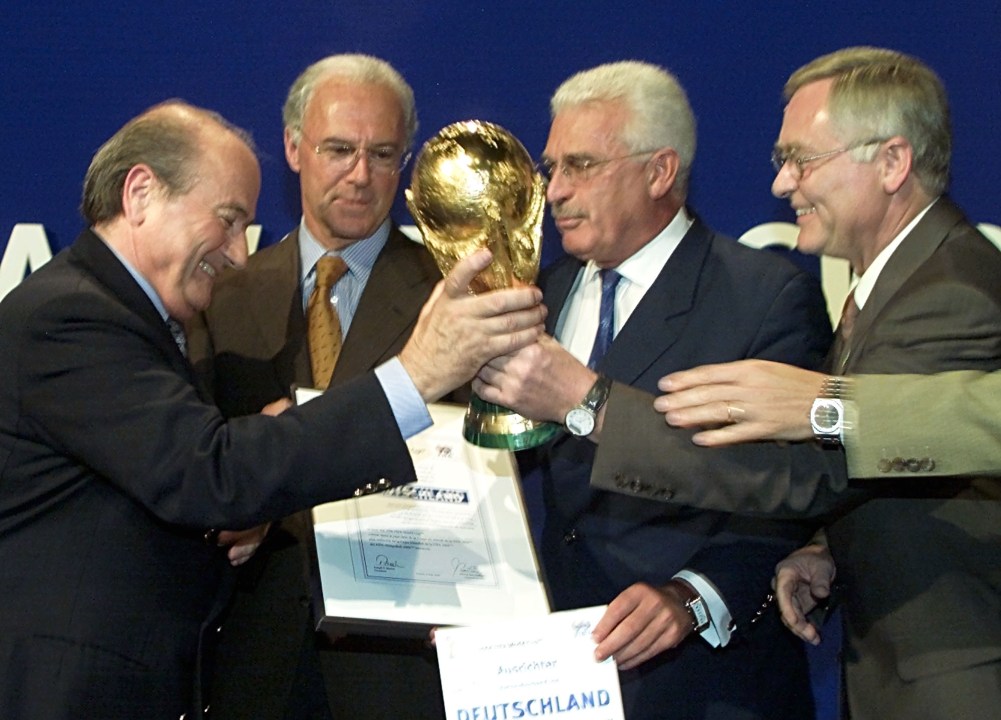 “In the cases of Messrs Niersbach and Sandrock, the investigatory chamber will investigate a possible failure to report a breach of the FIFA Code of Ethics, which could constitute a breach of art. 13 (General rules of conduct), art. 15 (Loyalty), art. 18 (Duty of disclosure, cooperating and reporting) and art. 19 (Conflicts of interest) of the FCE.

“In the cases of Mr Beckenbauer, Dr Zwanziger, Mr Schmidt and Mr Hans, the investigatory chamber will investigate possible undue payments and contracts to gain an advantage in the 2006 World Cup host selection and the associated funding, which could constitute a breach of arts 13, 15, 18 and 19 as well as art. 20 (Offering and accepting gifts and other benefits) and art. 21 (Bribery and corruption) of the FIFA Code of Ethics.”

The Freshfields reports said it found no evidence of vote-buying when Germany was awarded the tournament, but revealed unclear payments, including from an account held by Beckenbauer.

The probe centred on a payment of 6.7 million euros ($A9.94 million) from German tournament organisers via FIFA to Louis-Dreyfus in 2005. The money was deliberately declared as a payment for a World Cup cultural event which never took place, according to Freshfield.

Beckenbauer is a former FIFA executive and received a warning and fine recently for not cooperating with an ethics committee probe on the awarding of the 2018 and 2022 World Cups.

Niersbach resigned as DFB president in November over the affair but remains on the executive committees of FIFA and the European body UEFA.