United failed to advance to the group stage of the lucrative tournament when defeated 2-1 by China’s Shandong Luneng in last night’s playoff fixture in Adelaide.

Carrusca missed a penalty, some teammates missed genuine scoring chances, and Adelaide missed an opportunity to mix it with Asia’s mightiest clubs.

“It was a big punch,” Carrusca said of the result.

We couldn’t achieve this important moment for us

“Now, we have to think what happened tonight and forget… tomorrow we start thinking again in the [A-League] season and be positive because these kinds of things will make us stronger.”

Perhaps so, but the loss means the club misses out on a lucrative payday, not least from a $100,000 shirt sponsorship agreement by the State Government – revealed last month by InDaily – if United progressed into the tournament. 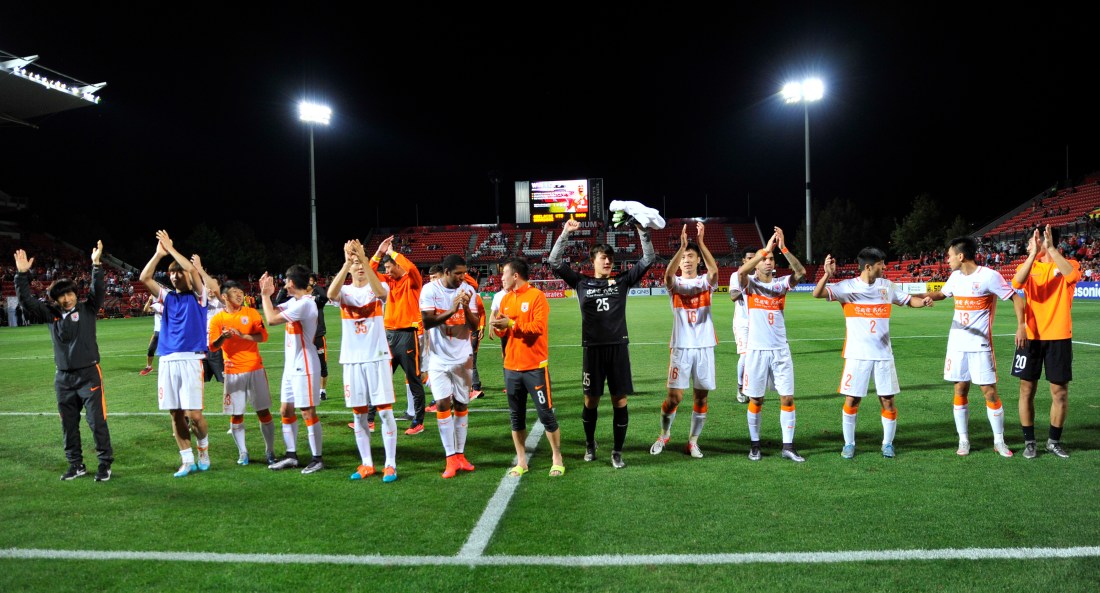 Adelaide copped two headed goals in a 22-minute span in an opening half dominated by Shandong.

But the visitors flagged in the second half – understandable, given it’s their pre-season, and they came from sub-zero temperatures in China to play in 30 degree heat in Adelaide.

United pressed hard for goals but were frustrated until Sergio Cirio’s 89th minute header – but it was too little, too late.

The frantic finale followed Carrusca slamming a penalty into the crossbar in the 83rd minute, coming after Shandong playmaker Yongpo was sent off for a second yellow card 15 minutes earlier.

But the Reds ultimately couldn’t convert their advantages – numerical, territorial and possession – into another goal, much to the disappointment of their parochial 8487-strong home crowd.

Adelaide ultimately went unrewarded for their statistical dominance: nine shots on target to two; 67 per cent possession; 10 corners to five; 65 dangerous attacks to 37.

And for Carrusca – usually the most accurate of penalty takers – his spot-kick into the crossbar was his second penalty miss in a row, following a sprayed attempt against Central Coast in a January 16 A-League encounter.

“We didn’t have a great night, especially me,” he said.

“We couldn’t achieve this important moment for us… we didn’t play well the first half. We didn’t have the ball enough, we didn’t have many chances, but we tried.” 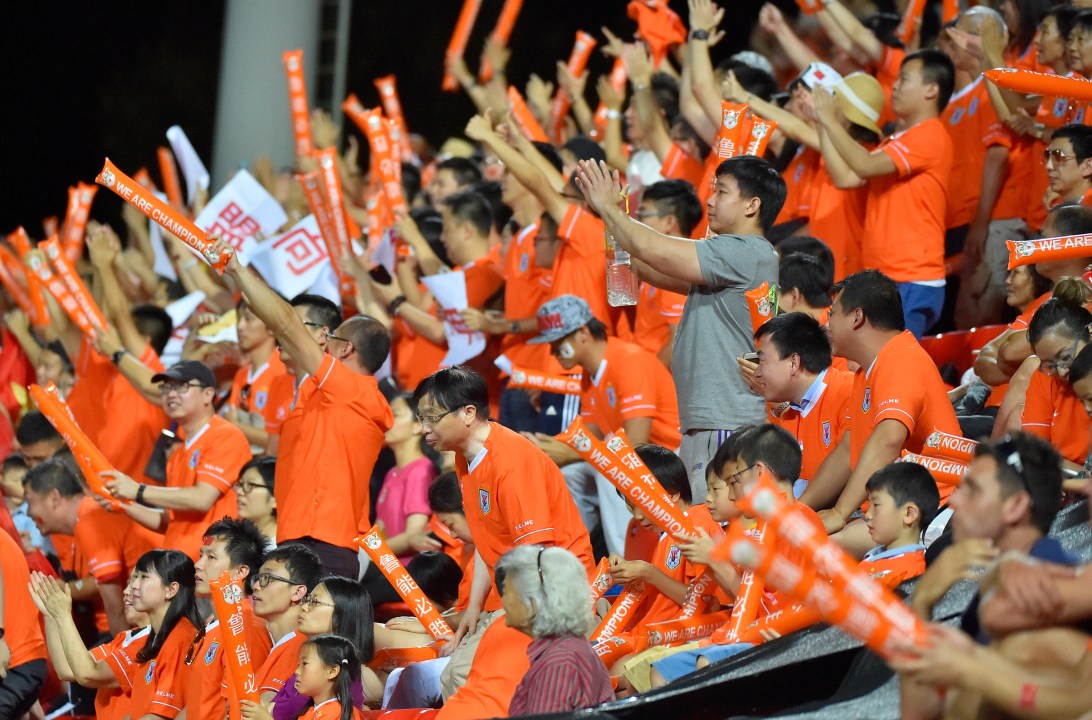 Adelaide United coach Guillermo Amor praised the fighting spirit of his side for their late rally.

“We had our opportunities… but the result is a difficult moment,” Amor said.

“The players were fantastic with how hard they worked.”

Shandong coach Mano Menezes described the encounter as a “difficult” given his side’s lack of game time and being pitted against an Adelaide side in midseason. 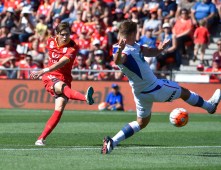 Getting into the black could still leave United red-faced

“For me, Adelaide was a good team, they have style and their whole level is very high,” he said.

“The second half, we had a problem with the fitness… we wanted to finish the game in 90 minutes.”

The Reds’ next assignment is an away A-League match against Central Coast on Sunday.