You must be wondering why I’m now raising it now?

Foremost, I spent most of last week sulking around like some jilted lover in a noir film, moping from lit lamppost to lamppost.

And truth be told, after watching Western United win the championship on Saturday night my mood has not improved.

Whilst we are talking about films, I want to share my experience watching that dreadful match against City.

The former is about a magical family while the latter is about sea monsters who can disguise themselves as humans when on land.

The films don’t have much in common but both, for some unexplained reason, contain a “Bruno”.

In Luca, Bruno references the negative voice inside your head while in Encanto, Bruno is a central character who foresees the demise of his family and then goes into self-imposed exile within the walls of the family’s magic house. There aren’t really any similarities between the two, except that that they both should be ignored.

Yet for inexplicable reason, these two Bruno’s merged into one Super-Bruno – a beast of epic proportions who tormented me during the last 30 minutes of regulation time.

I saw the game on my phone with my brothers at my stepmother’s birthday lunch. Thankfully, she’s a very tolerant woman and despite it being her day was kind enough to ask how the Reds were going, when she had every right to tell me to put the phone away.

After Zach Clough put United in front, Luca Bruno made his appearance. The voice inside my head started saying: you just know this isn’t going to end well don’t you – there’s no way United will make a Grand Final.

Much like the film, I should’ve yelled out “silenzio Bruno!” and being that we were at an Italian restaurant, its quite feasible that the patrons may have assumed I was yelling at a waiter.

Soon after, Encanto Bruno surfaced, and I started having visions of Melbourne City celebrating a victory.

So much so, I even said to my brothers, who are used to my antics when watching Adelaide, that we would lose the game.

And when the whistle blew at the end of 120 minutes of action, I slumped into my chair and cursed the fact that my children watch those two films. 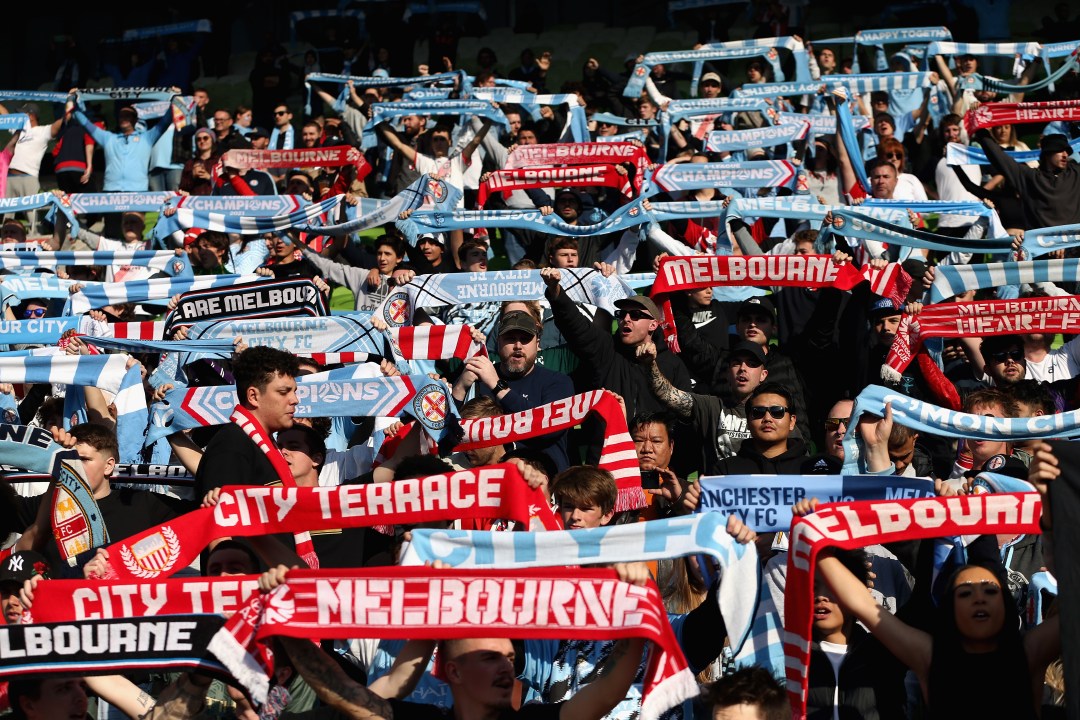 Now, it may be easy to blame the loss on the films, my boys, or my brain but the reality is, over the two legs of the semi-final, City probably deserved to progress.

Anyway, I digress. Adelaide must’ve surely rued their performance in the first leg – they needed a result at home. Truthfully speaking, the nil-all score line flattered the Reds.

City were the better team at Hindmarsh that Wednesday night.

While the second leg was a more even affair, the Reds never really looked comfortable with the lead.

Maybe the game plays out differently if Andrew Nabbout is red carded for his elbow on Juande. But those are the swings-and-roundabouts that football can provide.

You can also point to Adelaide’s missed opportunities (the Yengi volley for example) to argue the Reds should’ve been out of sight even before Melbourne City started their comeback.

It’s hard not to feel frustrated with how the semi-final played out – so close and yet so far. It’s a microcosm for the season.

But in the end, the near misses probably cost Adelaide a Grand Final appearance.

I’ve been studying the sentiments of supporters online over the last week and a bit. Some are saying fans should be proud of the team’s efforts this season; others are saying Adelaide should’ve done better.

Both perspectives have merit.

Throughout the season, I felt insanely aggrieved by some of the tactical decisions made by the coaches (like, for example, starting with three different forward structures in the post-season:  Yengi/Ibusuki against the Mariners, Ibusuki/Blackwood in leg one of the semi-final and Blackwood/Yengi in leg two).

At the same time, I look at Adelaide’s squad and consider finishing fourth a rather solid achievement.

I suspect, like many of you, there’s this underlying feeling of exactly what to make of this season.

For me, it will probably take more time for me to assess the season and decide if it was a success or not, particularly now that I firmly believe Adelaide would’ve made more of a game out of the Grand Final.

One thing is certain: in their last three finals appearances Adelaide has crashed out at the semi-final stage (the penalty shoutout loss against Perth in May 2019, the loss to Sydney FC in June 2021, and Sunday’s defeat).

The club must consider what it will take to turn this squad into champions.

There are at least 16 players in the current squad who are coming out of contract.

I suspect the vast majority of those have re-signed and United will soon begin the process of announcing who is staying and who is leaving.

Then there is the issue of the ownership of the club – everyone is waiting for confirmation that the Pelligra Group has bought the license.

But these are discussions we will have soon.

Until then, all I can say is stupid annoying Super-Bruno.