One of the endearing memories of my childhood is my late father taking me to soccer matches.

As the child of separated parents, I only saw my Dad one weekend a fortnight and naturally, going to soccer games with him was something I looked forward to and immensely enjoyed.

Part of the custom was going to watch my cousin play for West Adelaide Hellas. He played most of his junior years there.

Their kit was moulded on the one used by Greek powerhouse Olympiakos – my team in Greece – so it didn’t take long for me to adjust to the change.

That’s my first memory of the team now known as Adelaide Olympic (that, and going up to my cousin during a half-time break of one game and saying “welcome to Olympiakos” – he’s an avid Panathinaikos fan, so that went as well as you’d expect).

He comes from a football family: his father was an administrator in the game, his brother should have played at senior level here in Australia, and Stav himself (who played with my cousin) was a very talented player in his own right.

But his niche is administration, and he’s turned Adelaide Olympic into a well-run and well-respected club.

“Our club was founded in 1978 as Adelaide Asteras,” Parissos explains.

“It was renamed Olympians with the backing of the Greek Orthodox Community of SA from the late 1980s until late 1990s.”

Olympians eventually became Olympic and were promoted to the old First Division in 2000.

“In 2004 we made our first finals appearance finishing the regular season in second place,” Parissos adds.

“However, we lost the Grand Final to Metro Stars and unfortunately, at the end of the 2006 season we were relegated and spent the next 10 years languishing in the second division.

“The following years saw us go through much instability on and off the field, but we turned the corner in 2010 with the return of past club leaders to the club’s management and the support of returning former players.

Olympic now have a strong junior set-up and have an alliance with PAOK FC in Greece.

And from next season, Olympic will be in sole charge of Sunday’s venue – the VALO Football Centre – which will allow Olympic to consolidate all its teams at one venue.

(Current tenants Football SA will vacate in order to move its operation to the new development being built at Gepps Cross.)

On Sunday, Olympic will “host” Adelaide United and it’s a huge opportunity for the semi-professional unit.

And while this is a proverbial “David versus Goliath” fixture, Parissos believes his team are more than capable of knocking off United.

“Not wanting to take away from our entire squad, our spine is without a doubt as good as any other in the NPL (National Premier League),” he says.

“Goalkeeper Lewis Moss, central defender Paul Wilson, midfielders Kristin and Jason Konstandopoulos and forwards Fausto Erba and Ioannis Simosis all have experience either in the A-League or overseas.

“And if you throw in the magic of players like Michael Cittadini and Panos Manidakis, the bullish nature of club appearance record holder Christos Pounendis or the versatility and maturity of Hiro Kochi then, yes, we are dangerous.”

Olympic’s domestic season is over – they did not make finals this year. This means that Olympic haven’t been playing regular competitive matches. But Parissos doesn’t believe that’s a problem.

“The two-week rest has allowed us to refresh from a very intensive schedule and can only cause more headaches for Adelaide United,” the supremely confident President said.

“Our high intensity game has often left our opponents unable to keep up and by the final whistle most were left gasping for air.

“On the other hand, Adelaide United are mid-way through their pre-season having only played one competitive fixture.

“We know we have what it takes to win, and the romance of football tells us we can.”

Having spoken to Parissos in the past for radio, he’s never been the type to take a backward step and so his confidence is exactly what you’d expect from the club he runs.

But the reality is that the task at hand is a big one and the Reds won’t be an easy opponent.

United will be looking to amp up their preparation for the new season and they’ll be one step closer to reaching peak fitness.

Olympic’s advantage will come from a strong familiarity with Valo and they’ll be better suited to the fast-paced nature of the synthetic surface there.

With a bumper crowd expected at the venue, it should be a great day for the local game.

A note on the departure of Al Hassan Toure

A salary-capped league means players will always look for the next best deal, and I don’t usually begrudge players making interstate or overseas move.

But I’m furious with United’s decision to allow it to happen. Al Hassan is supremely talented, but Veart never looked like he knew exactly what to do with him. 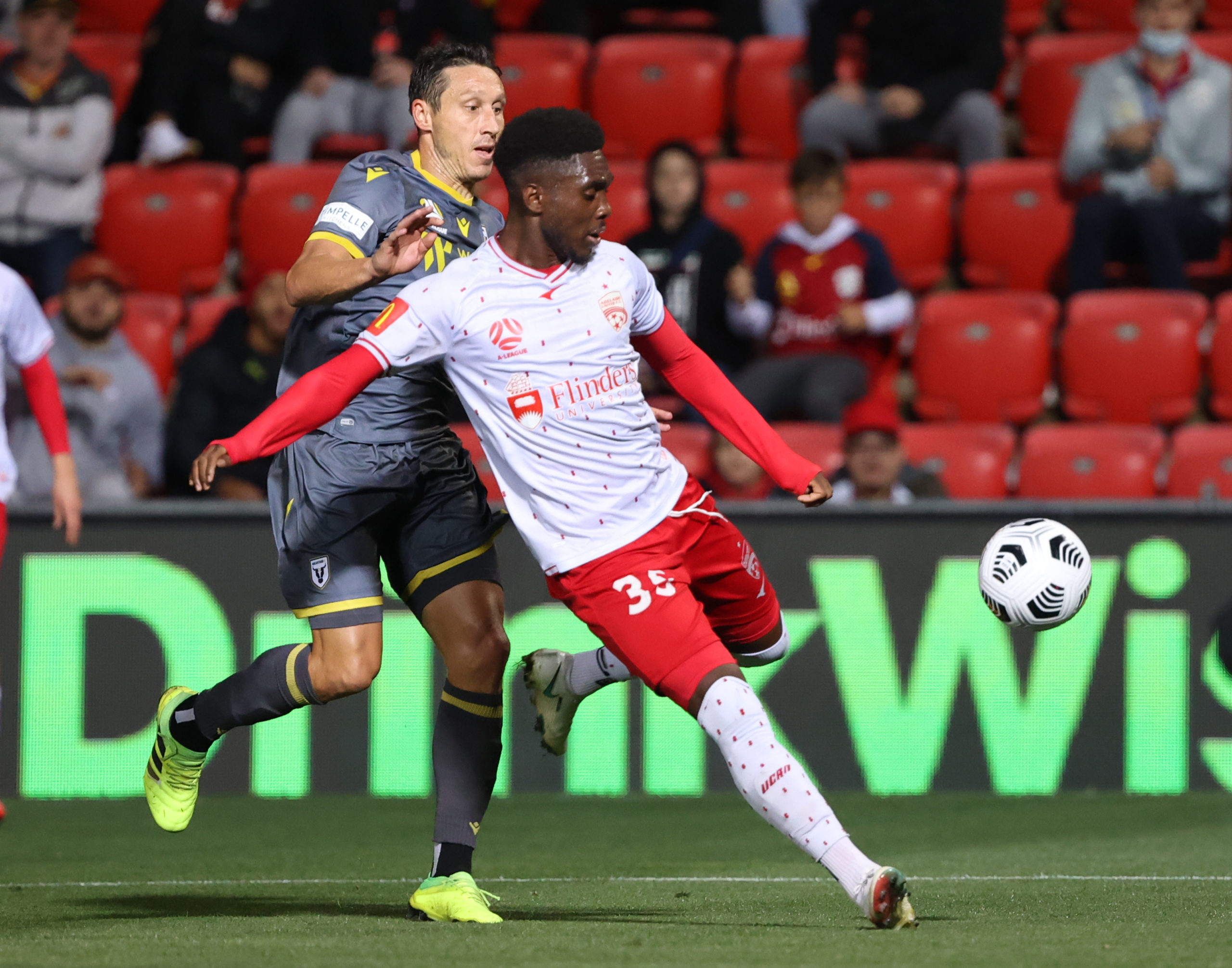 And herein lies the issue with his departure – it’s not Al Hassan’s fault he wasn’t getting minutes.

When Toure’s departure was announced, Veart was quoted with the following: “As we approach the new season, it was becoming clearer that Al Hassan wasn’t going to be part of our starting eleven week in, week out, given our depth in wide positions.”

Is Al Hassan ahead of Goodwin or Halloran in those wide positions? No. But is he the next best option? In my opinion, yes.

Brother Mohammed is a striker, so let’s take him out of the equation. The other wide options are Kitto, Irankunda, Dukuly, Bernardo and possibly Blackwood.

Should either Goodwin or Halloran get injured, Al Hassan was the next logical option.

The fact United have released him for nothing, to play at a rival team under the guise of not wanting to stunt his growth is fanciful sentiment at best.

Putting aside the youth sentiment that the club has spoken about ad nauseum over the last few years, you keep your best players. You don’t move them on without a fee and then say you’re doing it for their benefit.

If Veart couldn’t decide how, where or when to play Al Hassan, he needs to consider how recruitment, tactics and squad selection has led to Adelaide allowing a prodigious talent to walk out the door.

I suspect we’ll be looking back at this decision with derision throughout the upcoming season.