InDaily: Are you expecting Adelaide to lose more players?

InDaily: How important has the financial gain from these deals been in sustaining the club?

“They will have a material impact on the bottom line. I’m not the Chairman or in the finance department but my next negotiation and battle is to try and persuade the chairman to put a percentage of the transfer revenues back into the football department. It’s obviously a difficult year with COVID and the impact with a lack of revenue and everything, so obviously this will help – and it definitely will – but the challenge also is to convince the chairman to put the money back into bringing in new players.”

InDaily: How are things progressing with incoming players? Will you primarily seek to fill spots from the SA NPL or will you bring in players from interstate, or a combination of both? What positions are you targeting?

“I think it’s important to reinforce the defence. We certainly need a striker. Definitely need a goalkeeper, probably a couple of goalkeepers if I’m honest (author note: this was answered before the announcement that Adelaide had signed Joe Gauci). They are probably the key positions we need to fill. The depth elsewhere is okay but it’s clear that we need to add some quality to the squad. It will be a mix. They will be our best youth players being promoted, they will probably be one or two players from interstate coming in and there will probably be one, maximum two foreigners coming in as well. If we don’t find players in South Australia we will look further afield. If we don’t find them in Australia, we’ll look overseas.”

InDaily: Tell us a bit more about Domenic Costanzo. What caught your eye?

“Well, Dom Costanzo is the perfect example of what I preached to all the players that were let go from our youth system last year. It’s important for us that the young boys play games. There’s no point walking around in the Adelaide United tracksuit if you never kick the ball for the club. Dom followed our advice to the tee. He went away; went to a team that actually played young players; went to a team that had a coach who actually worked on the players, played games, played consistently and played consistently well. Scored a lot of goals and that’s what gets the headlines obviously but he was playing consistently well. He improved.

“It’s most important to play games. Our youth team plays in the NPL. In our environment they get more training and they get opportunities to play with the first team and all the rest of it. That’s great but if you just train all year your improvement won’t be as much as if you play games all year. So he went away, played the games, we kept track of him and we brought him back. Some youth players get upset and never find their feet again. Those that go away and perform well, we’ll bring them back. There’s a finite amount of spots and we just want the best-of-the-best and Dom has proven to be the best-of-the-best in the NPL and he deserves his shot with the first team.”

InDaily: Does it remain a bugbear to lose players like Taras Gomulka?

“No, I think it is part of the game. It’s not a bugbear but, if you’re a good young player why wouldn’t you want to be at Adelaide United? I’m yet to see another club do as many deals in one window to European clubs that we’ve done recently.

We want the best young players and we want them to progress their careers.

We’re not holding them back and not allowing them to follow their dreams. We are actually helping in that process.”

InDaily: What happened with Kristian Opseth? My understanding was Adelaide was keen to keep him.

“We would’ve liked to keep Kristian but financially it’s hard. It was a difficult period for him with the stand down – he doesn’t get JobKeeper, he’s not eligible. It was financially very difficult. Look, maybe we’ll bring him back? I don’t know. What I do know is that we need a striker. It would’ve been great to keep Opseth but we don’t have that financial flexibility unfortunately and he left prior to our deadline day deals.”

InDaily: Michael Jakobsen has signed on for another year. How important was it to tie him down?

“He’s a very influential player – on the field, off the field. Speaking to the players following the hub, a number of them mentioned how important Jakobsen is and how great it would be to be able to keep him. I have been in constant communication with him for the last six weeks and he has always been clear in his mind that we do want to keep him. He had to wait until some transfers got made and players left and that freed up a bit of money for him and gave us the flexibility to sign him. He’s always been one high up on our agenda.” 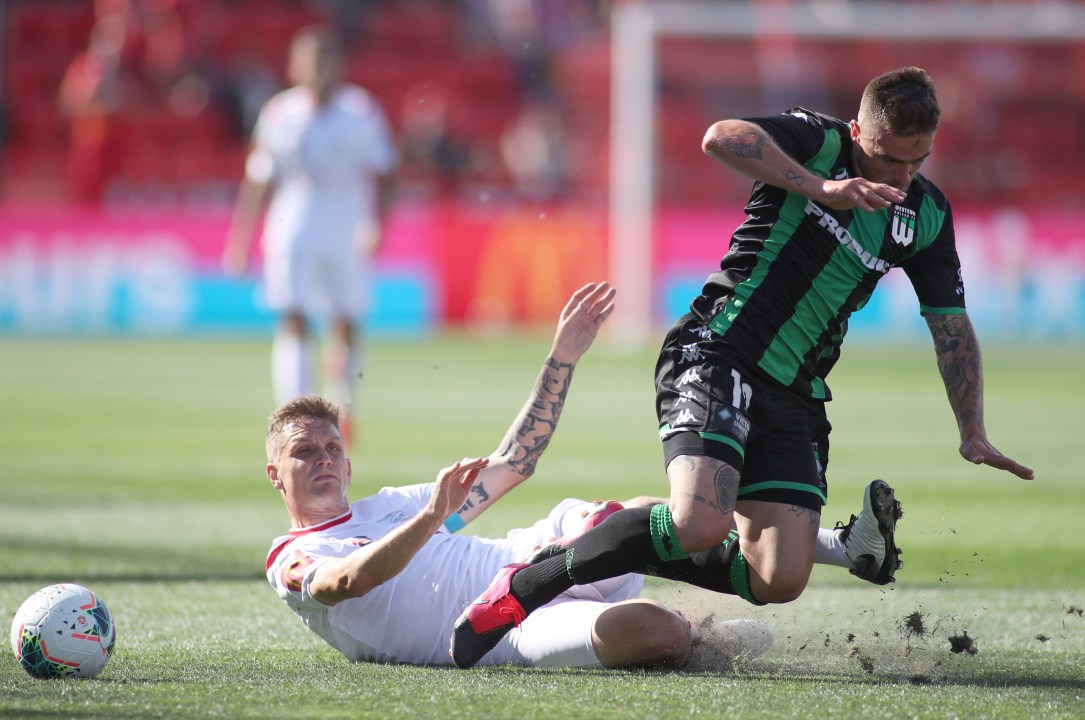 InDaily: Have you been given any indication from the A-league about squad composition for next season? If not, how frustrating is it for you as a Director of Football not knowing important information like that?

“We’ve been given a bit of information around the squad composition: minimum players required and so on. That helps. The more information the better and when you get it timely, it is appreciated. The league’s actually been pretty good. It’s been difficult because there was no collective bargaining agreement but the league has been pretty good at keeping us across what regulatory changes there may be. When the club was purchased by Piet van Der Pol, it was stated that Adelaide United should aim to always be in the top 3 of the league. Has that goal changed, and are we now more a pathway club than a destination club.

Any A-League club is kidding itself if it thinks it’s going to be a global destination club.

We operate in a global environment where the best players are always going to want to go abroad. The best players at Ajax don’t want to stay at Ajax. Australian players may dream to play for Ajax. The best Ajax players dream to play for Real Madrid, Barcelona, Manchester City and the Manchester United’s of the world. So there’s no Australian club that’s going to become a destination club on global scale.

“Top 3? It’s a challenge. It’s going to be hard. We didn’t even make finals this year, so let’s just concentrate on getting into the finals, I would say.”

InDaily: What is your message to fans who are concerned about the amount of players we’ve lost and also the direction of the league as a whole?

“In terms of direction of the league, I would say: keep the faith. In terms of direction of the squad: most years it’s the same. Last year everyone was up in arms about Goodwin and Isaias leaving. Now they’re up in arms about Riley (McGree) and Izzo departing. So it’s not easy for the fans to see the best players go. The best players will always go. It’s just the nature of the market we operate in. Our challenge is to find those replacements. If Isaias and Goodwin don’t leave, Riley (McGree) doesn’t get the opportunity to come here. So, it is important to find a balance and that’s getting more and more challenging. 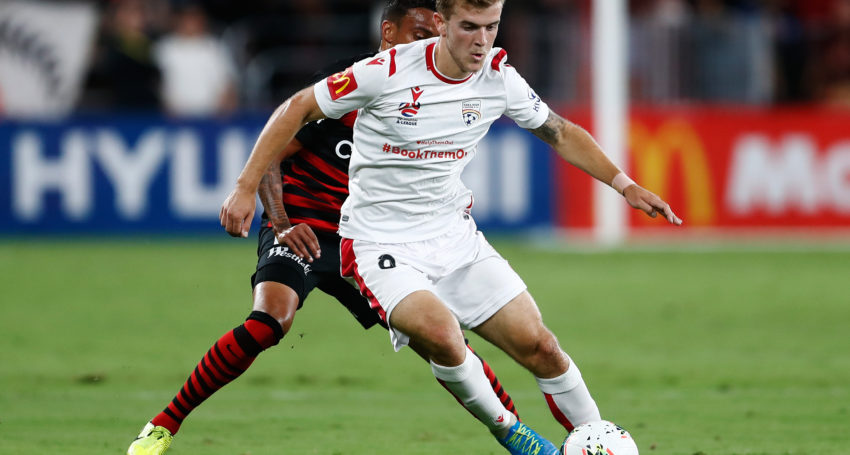 “Unfortunately, Australia doesn’t have an abundance of young talent. There are very few top players. I’d argue there’s only one Riley – there’s no other players who’s on his level at his age, so it makes the recruitment side far more difficult but it’s a challenge that we are working through at the moment.”