As the ball crossed the line and the realisation of what had just occurred set in, I found myself embracing a complete stranger in unbridled joy.

Bruce Kamau had just scored a late winner for Adelaide United against our biggest rivals – everyone in the away section at AAMI Park was in complete delirium.

That same stranger spent the remaining few minutes of the game with his arm around me as we sang songs in unison, baiting the Victory fans as the Reds edged towards a win. I felt like I had known him my whole life. At that moment, he was my best friend. We had journeyed beyond the safe surrounds of South Australia, entered the lion’s den and emerged, well, victorious.

The next morning, I saw this stranger again in the middle-Melbourne suburb of Oakleigh. I was devouring my second yiros for lunch in a failed effort to help recover from the (over-the-top) celebrations the night before. There were high fives, hugs, the “how about last night” conversation and then, after all was said, a sombre farewell.

I have never seen him again and didn’t even get his name. My actual friends still, to this day, call him my football friend. 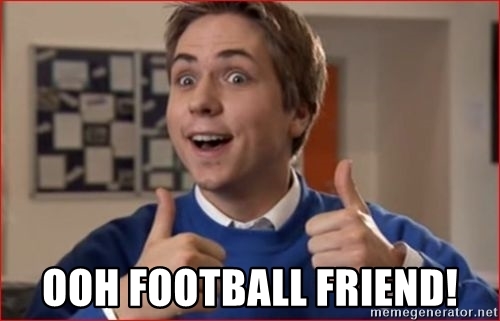 Such is the magic and drama of matches between United and Victory.

With two regular season games to go before finals begin, the clash on Friday night between Adelaide United and Melbourne Victory will be another important chapter in this passionate rivalry.

It is the fixture both teams hate losing and, even though Adelaide United will have three Victorian rivals next season, it’s the games against Victory which matter the most.

Results in Round 25 were favourable for both Adelaide and Melbourne. The Victory is now within touching distance of second spot, while Adelaide is the frontrunner for fourth.

The outcome will have huge implications on how the final league standings may look, especially since the Phoenix (fifth) host City (sixth) this week also.

If Adelaide win, they will probably finish the season no lower than fifth which, as I’ve already explained, is very important.

United has struggled for consistency and form this season (FFA Cup aside), especially, and somewhat surprisingly, at home.

But the game against Victory in January this year was different. The Reds were two-nil winners and secured only their fifth league win against the Victory since October 2012.

It was Adelaide’s best league performance this season and until the recent win against Wellington, the Reds have not managed to play as well as they did that night.

I don’t need to tell you why this game is so important and we all know the history between the two clubs.

And there is no greater feeling as a United fan then sending the Victory supporters home (many of which live right here in South Australia) with their tails between their legs. They feel the exact same way.

Home or away, Victory games are a lot of fun. It’s passionate and heated affair. You find yourself riding every pass, every decision and every moment like it is a grand final.

Things are said, hand signals are made and the bravado sky-rockets. It’s all part of the atmosphere and, in most cases, both sets of fans know that it’s just part of the fun of the rivalry.

Unfortunately, there are always a few idiots who take it too far. I have seen very disturbing things after games between us and Victory – both here in South Australia and in Victoria.

The scariest moment was witnessing one Adelaide fan being punched in the head during a brawl. Clearly concussed, he told his so-called-friends he was hurt. The response? “Shake it off, you’ll be okay.” My heart sank for this young man: sure, he was an absolute moron for participating in the violence, but he was clearly hurt and he needed help.

SA Police and security do a really good job and their tolerance level is pretty high towards interactions between rival fans.

I’m all for the atmosphere, the taunting, the backwards-and-forwards chanting, but let’s not make Friday night about anything other than the game – a game vitally important for the Reds.

Let’s all just be football friends.

And if my football friend is reading this, please get in touch.

Glenn Clissold, who leads the Red Army in song from the scaffolding behind the northern goals at Hindmarsh Stadium, has announced he’s stepping down from the role at the end of the current season.

Revealing his decision of the Red Army AUFC Official Forum on Facebook, Glenn said he had reached a point in his life where he needed to step down.

“Thanks for all you have done for us mate,” he wrote.

Seems Isa has got the hang of being an Aussie quite quickly!

And so the search for a new Red Army Capo begins. It’s an important but thankless gig. You spend most of the game with your back turned on the action trying to get the supporter group and the Adelaide fans firing – not an easy task at all.

Spiro Karanikos-Mimis is co-host of Soccer on 531, which can be heard Saturdays from 9am and 11am on Radio Italiana 531am.