Nearly two years ago, Adelaide United produced one of the finest back-to-the-wall performances in the club’s history.

The squad for the 2015-16 Round 24 encounter in Western Sydney was so heavily hit by suspension and injury that three of the Reds’ five substitutes hadn’t yet played a single minute in the A-League: Mark Ochieng, Ruon Tongyik and Riley McGree.

But, against the then high-flying Wanderers, United hung on for a 0-0 draw. Without the point gained that evening, the Reds would not have won that season’s premiership and probably wouldn’t have hosted and won the grand final.

A lot has changed since then; Isaías, Michael Marrone and Ochieng are the only chaps who played both in that match and in last night’s clash with league leader Sydney FC.

Last night’s 0-0 draw won’t have the same impact on the ladder either.

Nevertheless, it should be remembered with similar reverence. United could have fielded a team of players who were unavailable.

Yep, a full 11 that couldn’t play against Sydney because of either injury, illness or national team duty. (If that wasn’t enough, Ersan Gülüm left the pitch injured just before half time.)

And this time United had four players on the bench that hadn’t yet made an A-League appearance.

Little wonder that the result was celebrated like a win. Sydney FC has been rampant in recent weeks scoring 23 goals in its last six games.

In the Sky Blues’ way, among other players, was centre back Jordan Elsey whose tremendous campaign now includes keeping scoring machine Bobô goalless.

There aren’t many better stories in the A-League at the moment than Elsey’s. It’s easy to forget that he was the club’s rising star for 2013-14. Two years ago he was suspended for that 0-0 draw in Western Sydney and was unlucky not to regain his spot in the starting team in what would be United’s championship season.

There was no guarantee that the club would sign Elsey for 2017-18 as he had just recovered from his career’s second long-term injury. Five months later, he’s one of the competition’s most in-form defenders.

And, despite being just 23, he was one of the Reds’ more experienced players yesterday.

The game could have answered a lot of questions about United. Before the midweek draw against Western Sydney, the Reds’ previous 10 matches produced a remarkable LWLWLWLWLW sequence (which includes the FFA Cup Final).

You could call that inconsistency. Or, given that four of the five losses were against the top two teams, you could say that Adelaide United is one of the best of the rest.

But, as bizarre as it may seem, we’re no wiser after last night’s epic. Young players stood up and coach Marco Kurz’ tactics were spot on; however, the Reds will line up differently when some of the currently unavailable players return to the side.

What we do know is that, realistically, United can finish as high as third. The gap between Melbourne City (currently occupying that spot) and the Reds is just four points with eight rounds left.

While the top six make the finals, it’s hard to see teams going far in the playoffs from fourth or lower. The club that does finish fourth will probably find itself travelling to Sydney for a knockout semi-final against the Sky Blues. 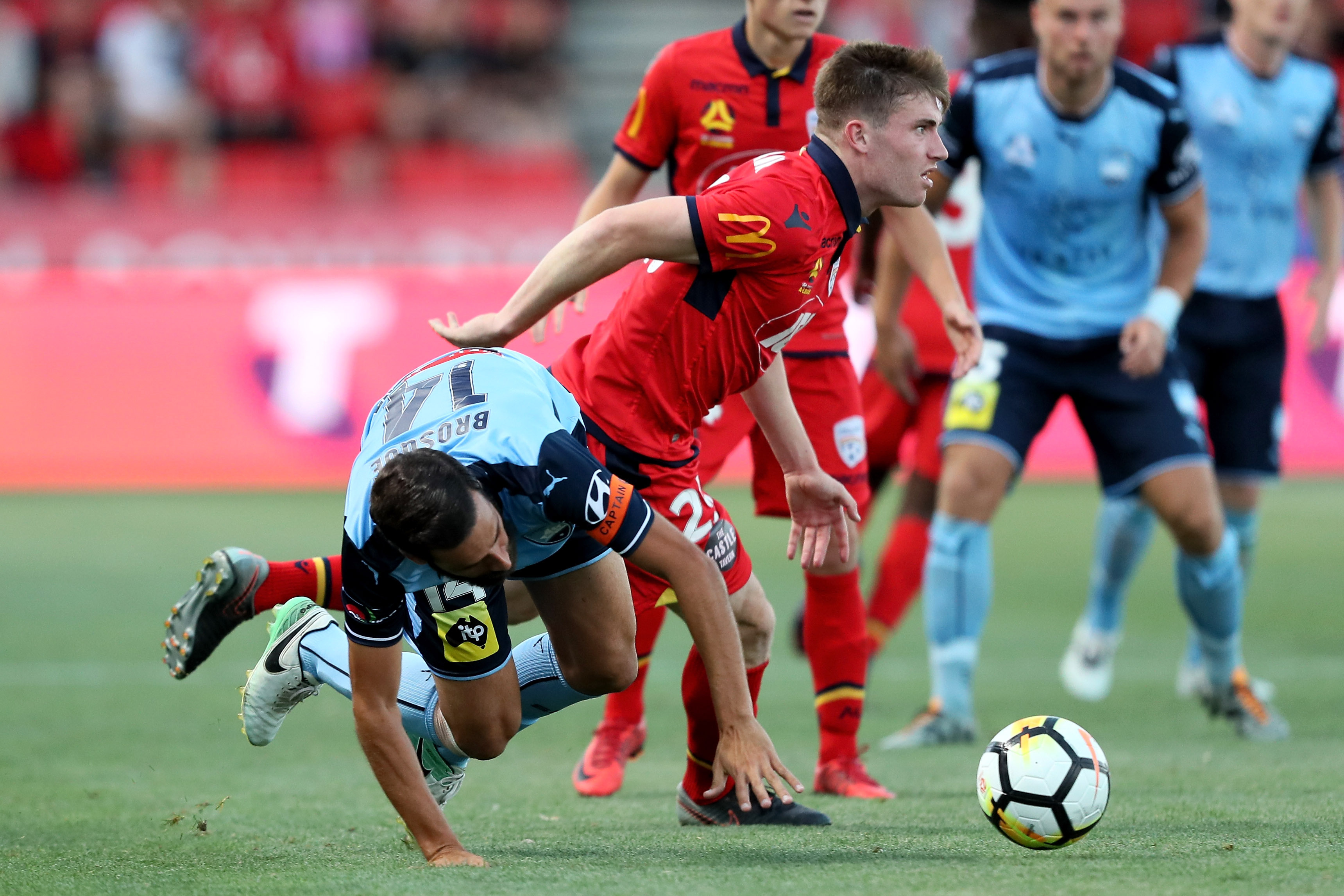 Ryan Strain is one of several promising young players making an impact for the Reds this season. Photo: AAP/James Elsby

So Sunday’s encounter away to Melbourne City might be the one that truly defines United’s season. A loss would be a huge setback in the battle for third but any other result would keep the Reds well in the race.

But even a win next weekend isn’t likely to be as famous as last night’s draw which saw a young United team do something that several more experienced sides have failed to do this season – keep at bay one of the best teams the A-League has ever seen.

It’s worth remembering that the injuries and suspensions for the Round 24 match in Western Sydney two years ago allowed Riley McGree to make his debut and he has since been selected for Socceroos squads (and is currently in China with Australia’s under-23s).

Three Reds made A-League debuts yesterday – Lachlan Brook, Kristin Konstandopoulos and Pacifique Niyongabire – and four of the others that faced Sydney FC haven’t yet made it to 10 appearances – Daniel Margush, Ryan Strain, Ben Warland and Apostolos Stamatelopoulos.

Injury crises have few silver linings but United’s problems with unavailability gave some young players a chance to show what they could do. And they certainly took it.