Certainly it’s a question I didn’t think I’d be asking at the beginning of the season.

But after 10 rounds of the A-League, Newcastle Jets are flying while Melbourne Victory are flopping.

And who could have predicted that?

I expected Newcastle to improve this season and had the team finishing sixth in my (inevitably futile) pre-season predictions. The Jets have been so dire since the A-League’s early years that they haven’t finished above sixth since they won the 2007-8 championship. They’re currently second on the ladder and deservedly so.

And Victory? The normally imposing outfit looks nothing like the team that was a whisker away from upsetting rampant Sydney FC in last season’s grand final.

While the erratic form of United’s old foe from Melbourne was evident, Friday night’s match provided plenty of controversy and drama, as the fixture is wont to do.

By contrast (and I’ve noted this before) there have been few famous encounters between the Reds and the Jets.

The most important match between United and Newcastle occurred more than 10 years ago and is all but forgotten – the preliminary final of the 2006-7 season.

And we all forget it because of what happened a week earlier: a last-minute Melbourne Victory goal denied United direct passage to the grand final and the right to host it. Then when the Reds played in the grand final in Melbourne (after eliminating Newcastle), it didn’t go particularly well.

Nevertheless that preliminary final against the Jets was a riveting game. The Reds went into it having failed to win any of the five finals matches they’d played; visiting Newcastle had just shown its credentials by defeating Sydney FC, ending the defending champion’s season.

United took the lead through a fine Carl Veart strike just before the hour mark and nearly made it 2-0 a few minutes later. Then the Jets turned the tide, equalised and went on to create several good chances throughout the remainder of the match (including extra time) but it finished 1-1 and penalties decided the outcome. Reds goalkeeper Daniel Beltrame was the hero with two saves in the shootout.

I remember feeling a little guilty leaving Hindmarsh that day. The Reds were about to play in their first grand final but they’d just dodged a bullet. A week later United would be humiliated and a year later the Jets would be champions. Justice for some.

But while Newcastle was one of the best teams in the A-League’s early years, there has been little to cheer since the Jets last reached the playoffs in 2009-10.

Their revival this season should be getting more headlines. The club’s woes of recent years don’t befit the deep history soccer has in the Hunter Region.

A lot of kudos has to go to the coach Ernie Merrick and chief executive Lawrie McKinna (a former senior coach himself). Among the things they have in common – apart from hailing from Scotland – is not getting enough credit for their achievements.

Until Sydney FC’s recent FFA Cup triumph, Merrick had won as many A-League honours as Graham Arnold. You wouldn’t know it if you linked success to column inches. 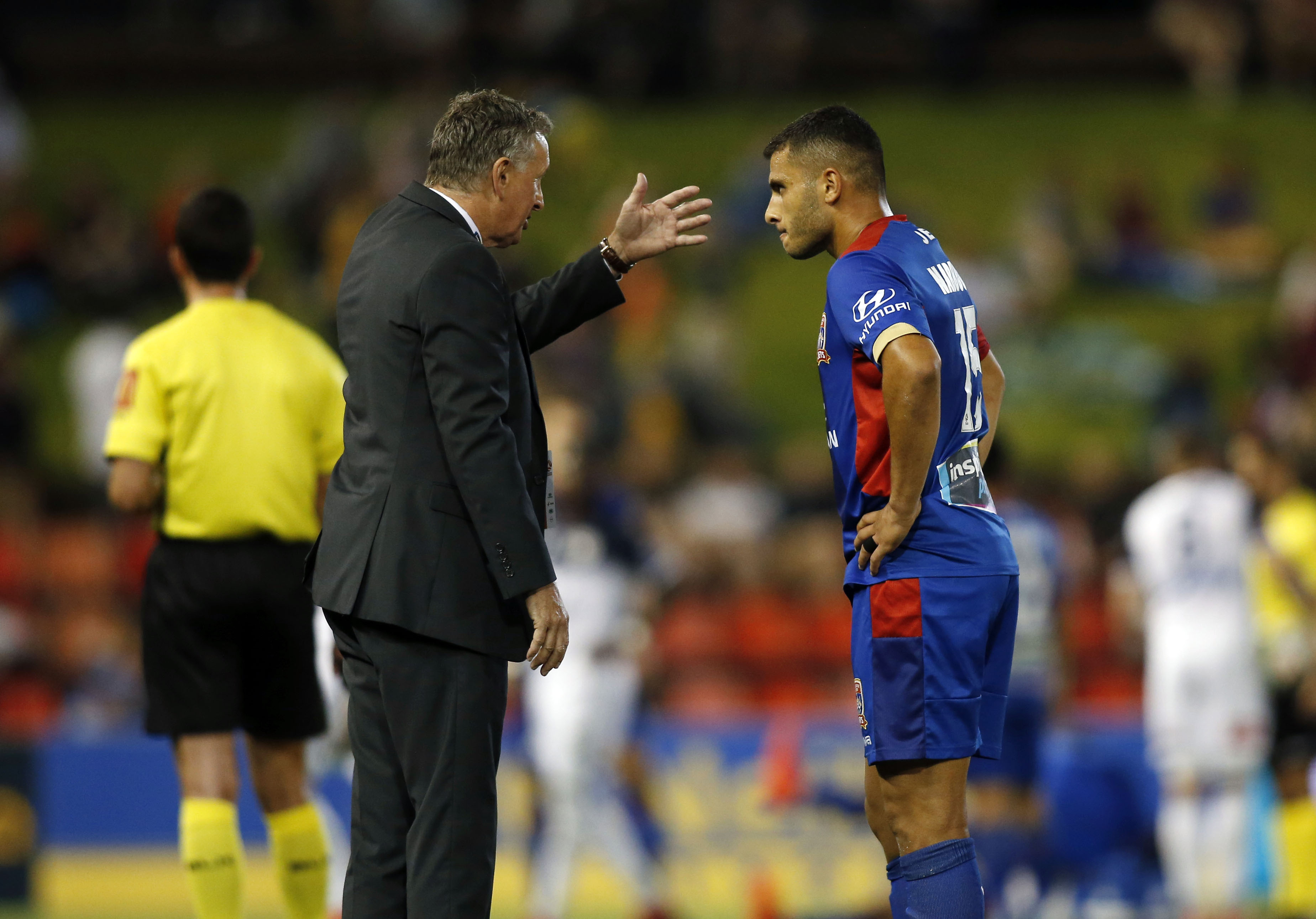 Ernie Merrick is one of the A-Leagues most successful coaches. Photo: Darren Pateman / AAP

When there is discussion about which A-League club CEs could take a senior role at Football Federation Australia, McKinna isn’t mentioned while the names of administrators in (or from) Sydney or Melbourne are thrown around frequently.

Yet, in a year and a half, he has overseen the return to competitiveness of Newcastle’s A-League team and its W-League team (also currently 2nd – it has struggled for several seasons as well).

And, on taking over, McKinna said he wanted to get Newcastle buzzing again. In a season which is seeing lower crowd numbers across the league, thus far there has been a healthy increase in the average attendance at Jets home games.

Friday night’s clash in Melbourne was certainly a test of character for United. Even with that triumph, its overall A-League record against Victory is 12 wins, 10 draws and 22 losses – the Reds’ worst head-to-head against any opponent by some distance.

The manner of the win, which had to be achieved despite Victory having 10 minutes to equalise with a two-player advantage, would give supporters a lot of confidence. And a week after I noted that neither of United’s strikers had scored yet this season, and that there’d been a dearth of bread-and-butter goals, both found the back of the net.

But right now Newcastle is a better team than Melbourne Victory – indeed, when those two sides met in Round 8, the Jets cruised to a 4-1 win. They also showed a decent amount of character themselves on Saturday night when they found two late goals to pull off an unlikely win in Perth (a fixture that normally goes as well for Newcastle as matches at Docklands Stadium go for Adelaide United). 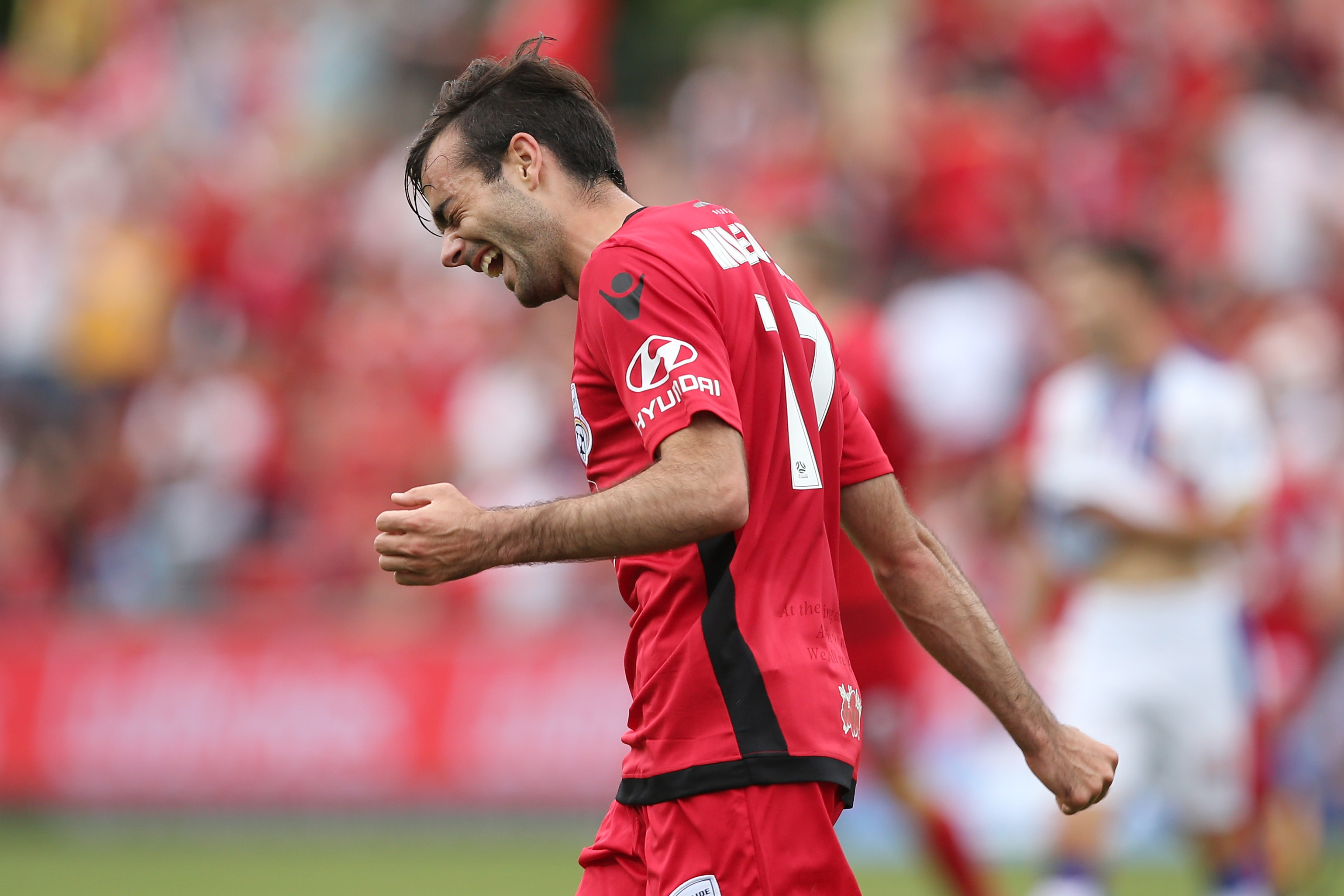 Nikola Mileusnic gave Adelaide United the lead against Newcastle at Hindmarsh earlier in the season but the Jets came back to win the game. Photo: James Elsby / AAP

With the Jets six points ahead of fourth-placed United, and with just six points covering the gap between fourth and ninth, this fixture gives the Reds the chance to establish themselves as the most likely challengers to the season’s fast starters: Sydney FC, Newcastle and Melbourne City.

And that means that Saturday’s Jets-Reds match might be the most important game between the two clubs for more than a decade.