And it would do that just a year and a half after becoming A-League champion but with a team that doesn’t resemble the one that won the 2015-16 grand final.

Of course there’s a catch. The trophy in question is the FFA Cup. And standing between the Reds and a second triumph in the competition are the two Sydney teams. Tomorrow night United will play the Wanderers in New South Wales’ version of Campbelltown; the winner of that will play Sydney FC in the final next month. 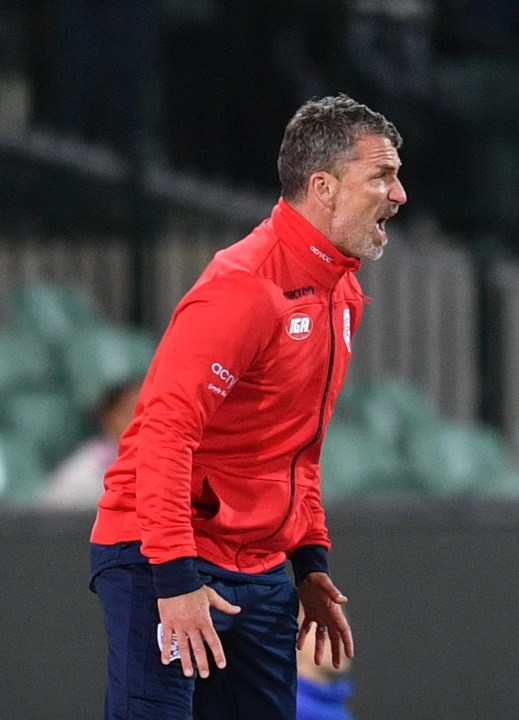 I’m not being dismissive – the FFA Cup was a good idea. Based on England’s FA Cup, which begins with more than 700 clubs around nine months before the final is played, the Australian equivalent has given thousands of amateur and semi-professional players the chance to take on teams they wouldn’t normally face and test themselves against those that play at higher levels.

And many fans love the cup upset. Whether it’s news of a team from Mount Gambier knocking over a club in South Australia’s State League (which happened in 2015) or an A-League team falling to one from the National Premier Leagues.

But I’d guess that most of those fans are Australian soccer purists. People who, like me, have been obsessed with the domestic scene for a long time.

The A-League succeeds (and I use that word without dismissing the identifiable problems it has) by also appealing to others: some who enjoy the sport but prefer different ones; some whose main obsession is a club in Europe.

Which is one of the reasons why the FFA Cup doesn’t feel as prestigious as a nation’s premier knockout tournament should. Even when two A-League teams face each other in it, you can bank on a low attendance (and yes, that’s also partly because matches are held midweek).

There are some exceptions and naturally one of those is when the final is played.

Three years ago, Hindmarsh Stadium was packed for the match that would decide the FFA Cup’s first edition and the Reds duly made history by becoming the inaugural winners. No doubt, however, that was fuelled by the competition’s novelty, the chance to see United snare a major trophy for the first time since 2006, and reaching peak Gombau.

Only a month beforehand, United played its semi-final against Central Coast and the attendance was so low that both the eastern and southern stands at Hindmarsh were closed.

And I wonder if the FFA Cup, while not designed to be a preseason competition (albeit one that concludes after the A-League campaign begins), feels like one to many people.

Remember when the AFL had a preseason knockout tournament? Hardly any supporters cared when their clubs went out in the opening matches. But if their teams made the final, the attitude would suddenly swing to “hey, we might win something”.

There are many good examples but one of the best was in 2010. After the mundanity of the early rounds, serial trophy avoiders Western Bulldogs and St Kilda met in the decider. The crowd at Docklands Stadium was more than two and a half times the combined attendance of the two semis.

To be clear, I certainly don’t want the FFA Cup to be thought of as a preseason endeavour; it’s just an attitude I detect from many other fans.

I’m also confident that it might become more glamorous over time. It’s only in its fourth year and we’re still discovering the strengths and weaknesses of the competition’s schedule and format.

And so to the Reds’ upcoming encounter with the Wanderers; two teams that appear to be evenly-matched.

United, if it produces a performance consistent with what it has offered in the first three rounds of the A-League, will be combative and being the away team shouldn’t faze the players who returned a total of four points from recent trips to Wellington and Brisbane.

The Reds could have added another three on Friday night but on that occasion they weren’t the stronger team in the closing minutes and had to settle for a 2-2 draw.

Given the varying fitness levels of United’s players, and that just four days after the semi-final the Reds have another big A-League match against table-topping Melbourne City, coach Marco Kurz might make a couple of changes to the line up.

But he will certainly be chasing victory; the FFA Cup gives him the chance to pick up an honour early in his reign.

And if the competition hasn’t excited you much so far, just remember: we might win something.