Sure, ours may be the most global of sports but, paradoxically, most of you are insular or even ignorant.

And… taking a deep breath here… I am too.

I learnt this on Wednesday night because, like all but 5071 people, I didn’t attend the Asian Champions League match between Adelaide United and Gamba Osaka at ‘Stadium’.

My ignorance would have remained blissful had I only followed the game on television but I made the colossal mistake of also checking social media.

That’s where I came across conversations between people who make a living from the sport – and never have to pay for tickets – lamenting the poor attendances at the three ACL matches played in Australia last week.

And even though these experts don’t point to a single bit of evidence which might explain why fans that regularly turn up to A-League games aren’t bothering turnstiles for Asian competition, they have it all worked out.

Another chipped in with: “Always excuses in this country for poor crowds. Too hot too cold too early too late no star names too expensive. [sic]”

Which led these ivory media box dwellers and their sycophants to conclusions about Australia not being a football nation or, ridiculously, that these low attendances had something to do with our culture or insularity.

Amazingly one journo also dismissed a rare real world comment: that attending these matches (played on Tuesday or Wednesday nights) was hard for families with school kids.

There’s nothing new about this discussion. Not even last year when one of these enlightened chaps bemoaned another relatively low crowd for an ACL fixture in Melbourne and I pointed out that fans in that city had a (quite expensive) Socceroos game coming up as well as matches involving big European clubs – and that many supporters might not be able to afford to attend all of the above.

His answer revealed a questionable view of the priorities Australian soccer enthusiasts should have, “…if they prefer an exhibition match to a meaningful ACL match then we’ve got a problem”.

This won’t be news to many Aussies who love the game, particularly those with kids: soccer ain’t cheap

Now of course I understand that matches in a legitimate competition are always more important than exhibition games but let’s not fail to credit why the latter are embraced.

Supporting European teams is a bedrock of Australian fans – we’ve been doing it for decades. Indeed, when the sport went through its most dysfunctional periods here, with few broadcasts of domestic matches and almost non-existent media coverage, consuming overseas competition was a necessary way of getting your fix.

And given that those famous clubs’ visits are rare, and watching them play here is cheaper than flying to Europe to see them, you can’t expect all fans who have to make choices about what they consume to decide that these exhibition matches should be a low priority.

Either way, it is reasonable to bring costs into this discussion. This won’t be news to many Aussies who love the game, particularly those with kids: soccer ain’t cheap. 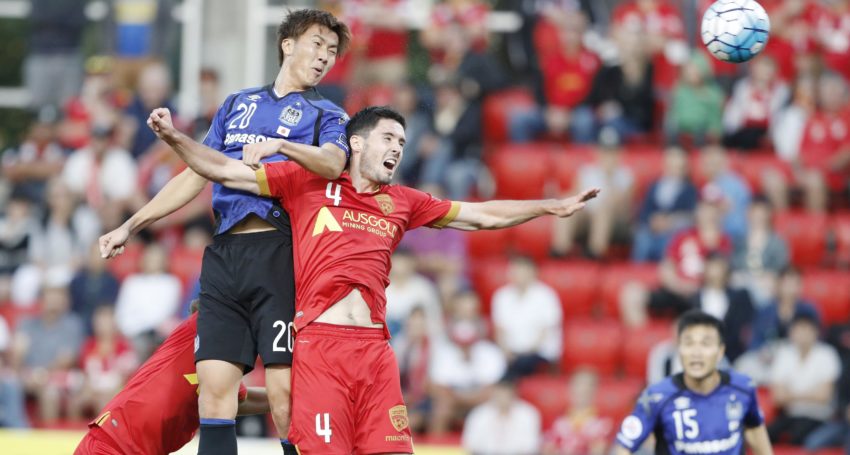 Asian Champions League tickets are yet another cost for local fans of the world game.

Your young children are obsessed with the English Premier League? Then you need to be signed up with Optus. Want to follow the A-League properly? Must have Foxtel. Throw in the season tickets to follow your club, some merchandise, and the kit, equipment and (high) fees if your kids are also playing, and the sport needs a row of its own in the household budget.

How lovely it must be when, despite all that, you’re effectively criticised – by people who get free access to games – when you feel that you might have to pass on other offerings such as the ACL.

It’s also reasonable to talk about weeknights which are increasingly accounted for in our time-poor lives.

There might be work or family duties that wouldn’t normally get in the way on a Friday evening or a Saturday. They’ll be training nights for many players too. (I suppose the militant scribes would say they should have been rescheduled as soon as the ACL dates were known.)

Nothing was stopping me attending the Adelaide United – Gamba Osaka match but I did have obligations on the three previous nights and simply decided I didn’t want to make it four consecutive evenings without seeing my eighteen-month-old daughter. There’d be plenty of people in a similar boat.

Frankly, rather than ask why fans don’t go to every game on offer, we should be grateful they go to any at all. Soccer, like all sports, needs casual supporters as well as obsessives.

Perhaps it’s not surprising that some who haven’t forked out for a match for many years will cast aspersions against fans when attendances for the ACL, national team matches, state-based competition or even the A-League itself aren’t, in their opinion, high enough.

But it’s actually those critics who are snobbish and ignorant. And they do the game a great disservice.