“Now we can concentrate on the league.” A standard quote used by coaches, players and supporters when their team is knocked out of a cup competition.

But although it’s a cliché it does have some validity – even when it comes at the end of a game that a team tried desperately to win.

Indeed, over in England, the once revered FA Cup has declined so dramatically that even clubs outside the Premier League are resting players during its early rounds.

Qualifying for European competition, winning promotion or avoiding relegation are all so crucial to clubs’ balance sheets that few unnecessary risks are being taken in the pursuit of a storied trophy.

We don’t have that problem in Australia with our equivalent – the FFA Cup – as it reaches its semi-final stage when the A-League season begins.

But an Asian Champions League campaign can derail your domestic season. Australian clubs aren’t allowed large squads to manage competing on both fronts. And there’s also the small matter of flying all the way to China, Japan or Korea and back between weekly A-League matches.

A year ago I took issue with Adelaide United’s decision to rest four regular first team players for an A-League match which was played a few days before a playoff against China’s Shandong Luneng (which would have given the winner a place in the group stage of the 2016 Asian Champions League).

Essentially my point was that resting those players might have denied United a win (the Reds were held to a draw by a Sydney FC team which was in poor form) and that could have been costly in trying to win the A-League championship – which should have been the priority.

Moreover, United didn’t have the depth to maintain its title challenge and compete in the ACL at the same time.

And I wouldn’t retract a word. The Reds missed out on the ACL group stage and, even without the extra wear and tear of the travel and matches, their squad was stretched late in the A-League season.

You only need to look at the United team that took the field away to Western Sydney in round 24: no Eli Babalj, Marcelo Carrusca, Tarek Elrich, Jordan Elsey or Pablo Sanchez; three of the players on the Reds’ bench hadn’t yet debuted in the A-League. When the final whistle went, a few Adelaide players visibly celebrated the 0-0 draw – it kept them in the race for top spot.

[A month after last season’s grand final, United’s Chairman Greg Griffin would say: “We did it pretty skinny this year with only 18 players, got a bit lucky with injury.”]

Fortunately the two points dropped against Sydney FC earlier in the season wouldn’t haunt United. But they might have had it not been for the last round heroics of a Melbourne Victory goalkeeper. 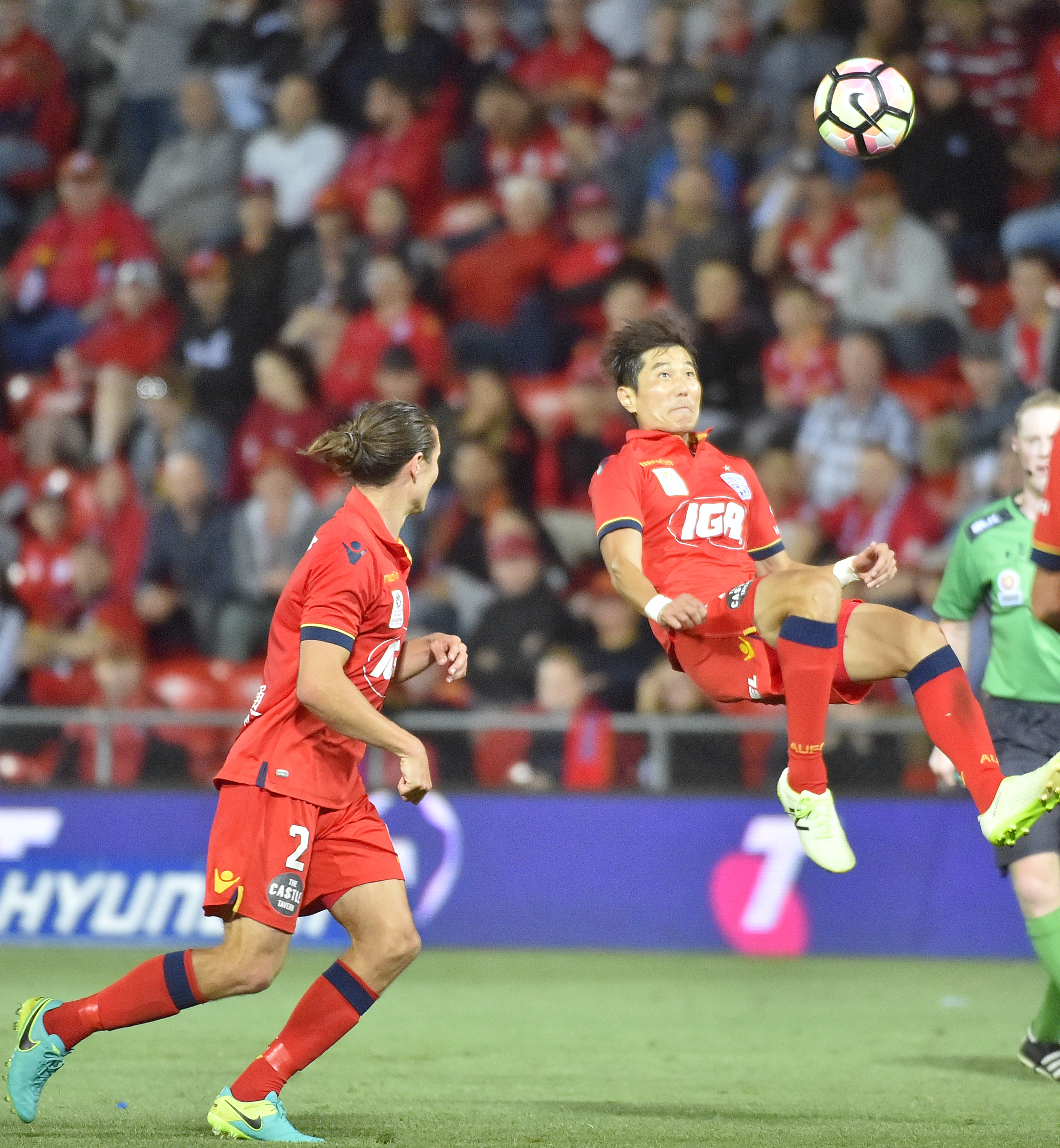 United’s Kim Jae-sung of in action against the Newcastle Jets. Photo: AAP/David Mariuz

The situation the Reds find themselves in going in to tomorrow night’s opening ACL fixture against Japan’s Gamba Osaka could hardly be more different.

United’s A-League campaign has reached the stage where we’re hearing that it’s “mathematically possible” to make the finals. We all know what that really means.

And with no relegation to worry about, the Reds can concentrate on the ACL.

But the way the Reds’ played in that game – at times more scrappy than stylish – offers a blueprint for approaching their Asian matches. They’re likely to spend a lot of time on the back foot and, if they defend well enough, it might just work.

They’ll have to do it without playmaker Marcelo Carrusca who was one of the overseas players omitted to comply with the ACL’s more limiting rules. But recent signing Kim Jae-sung is a classy midfielder with plenty of experience in the competition, including winning it with K-League club Pohang Steelers.

One thing is certain: the competition won’t give the other recent signings much time to settle in. Senegalese forward Baba Diawara and the returning Eli Babalj may not get many opportunities up front, and success in these matches could depend on whether the Reds take their chances.

So despite the gloom of the domestic campaign, United’s ACL quest will be worth following.

The competition never fails to provide interest and, with a bit of luck, the Reds might surprise.