That AFL player that picked up 30 touches is good isn’t he? No he isn’t – they were cheap possessions in the back line. But hang on, his disposal efficiency was 90%. Yes but that’s because all his kicks went backwards or sideways, they never trouble the opposition…

But you rarely see fans flooding social media and talkback lines to say that the chap who just became the AFL’s Rising Star can’t play.

We wouldn’t say that about an award-winning young soccer player either.

Yes, if you go on to any online forum where the A-League is discussed, you’ll soon learn two things: universal internet access might not have been the best idea; and, though Jeggo was named the competition’s Young Footballer of the Year just six months ago, keyboard warriors have decided that he can’t pass, shoot, tackle, or control the ball.

The winner of that award doesn’t always go on to have a great career but Jeggo was subject to intense criticism in the season he won it and only seven rounds of the A-League have been played since then. Clearly different people are seeing different things.

That happened again yesterday. Jeggo was among United’s best – one of the better websites that covers the game even gave him the highest rating of any Reds player – but many in the crowd were on his back.

Certainly he isn’t as skilful as Melbourne City’s Aaron Mooy or his regular partner in United’s midfield Marcelo Carrusca. But there’s still a lot to like.

Firstly his name is Jimmy Jeggo – what wonderful alliteration and syllabic balance. I have been told that this doesn’t make him a better player but I’m not sure I agree.

More importantly, he reads the play well and finds space. That, combined with his high work rate, means the ball often finds him.

But Jeggo’s detractors are quick to pounce on a few heavy touches and some stray passes.

Which is a pity because, frankly, he’s United’s most important player at the moment.

Before yesterday’s match against Newcastle, the Reds conceded 14 goals in four games. There have been several reasons but defenders were often culpable.

Even teams with an excellent back four use a defensive midfielder (or two) to provide cover. With United conceding goals so freely, that position becomes even more crucial.

The Reds normally line up with three in the middle: Isaias is in the defensive midfield position and Carrusca has the more attacking/creative role (though George Mells has started in the Argentine’s place in the last two matches).

And that leaves Jeggo in the true centre midfield position. His remit is defence and attack in almost equal measure but, given United’s frailty this season, it’s the work he does in front of the back four which makes him the team’s least dispensable player.

Yesterday he played one of his best games this season and Newcastle, despite holding more of the ball, didn’t have a single shot on goal. Of course he wasn’t solely responsible but his contribution in support of Isaias and the back four was immense.

Jeggo nearly won the match too. A superb drive from distance would have broken the deadlock but for an excellent save by Newcastle keeper Mark Birighitti. 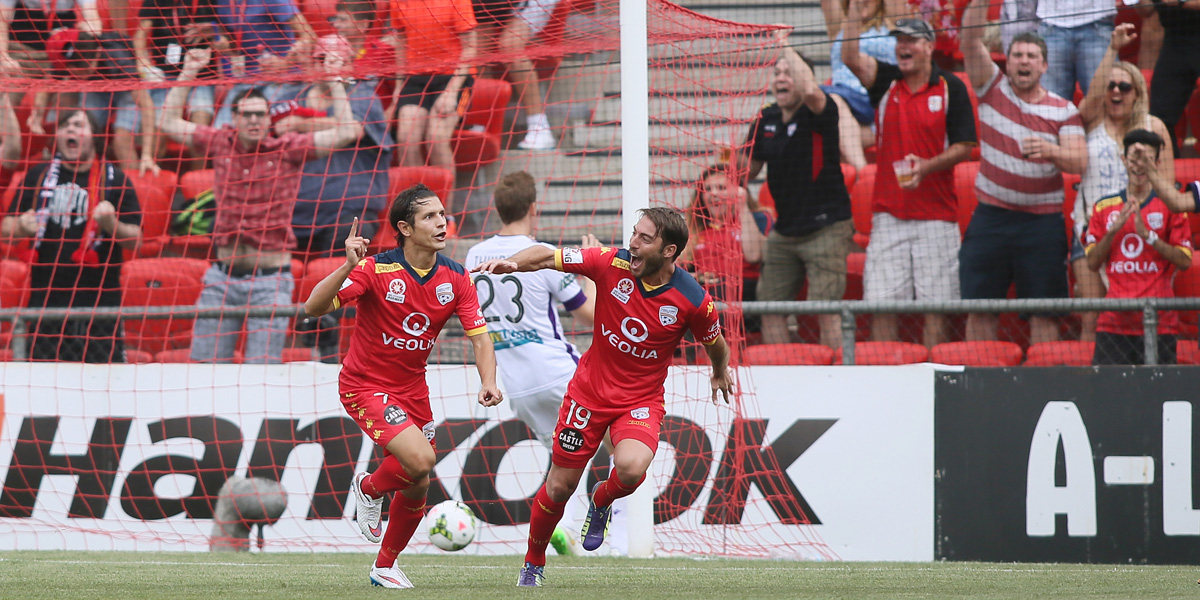 The Jeggo debate is never likely to be settled. But if he’s ever out of the team for an extended period, some fans might realise how valuable he is. We’ll have to wait to find out – since joining United before the beginning of last season, he’s missed only one game.

Yesterday’s goalless match mightn’t have been a classic and the Reds remain winless and at the foot of the ladder. But there was some improvement with the lack of chaos at the back.

Two of those were own goals and two of the other four were scored by Pablo Sanchez … who was an unused substitute yesterday.

Next week the Reds are playing Melbourne Victory at Etihad Stadium (what could possibly go wrong?) and that will test the newfound defensive resolve.

We need to score too, so please, Señor Amor, remember: no Pablo, no goals.

Paul Marcuccitti is InDaily’s soccer columnist. He is a co-presenter of 5RTI’s Soccer on 531 program which can be heard from 11am on Saturdays.

Manton St Tales is normally published on Mondays during the A-League season.