It’s the dream of many of a boy and, now, girl: A set shot at goal to win an AFL/AFLW game. In the schoolyard it is usually Grand Final day before 100,000 screaming fans at the MCG.

The AFL has now turned the theme into a marketing campaign, with television advertising showing young fans living the dream in country paddocks and city backyards, with vision of inspiring moments in football history. There is always Malcolm Blight’s 83-metre match-winning torpedo kick for North Melbourne against Carlton at Princes Park in 1976.

But in the AFL it not as easy as it plays out in the yard.

Some charts suggest this is the worst accuracy rate in the professional era that began in the 1990s.

In the real game, six out of 10 set shots would complete the fantasy. There seems just as many memorable misses as there are unforgettable goals after the siren; Justin Westhoff in 2011 at Football Park, marking Port Adelaide the first team to lose a game to Gold Coast; Daniel Motlop for Port Adelaide against St Kilda at Launceston in 2006; Brownlow Medallist Adam Goodes against Essendon late in the 2011 season; Taylor Walker in Adelaide’s season-opener against Sydney at an empty Adelaide Oval last year.

And this six-out-of-10 figure has not improved, despite more time being available to coaches for honing the skills of professional Australian footballers.

The accuracy count also has not significantly advanced across the decades. Not even with the repetitive changing of the match football to avoid it going out of shape; scientifically designed boots to ensure better contact with the ball; or mud becoming a messy memory as AFL games are played on cleaner fields and even indoors and air-conditioned at Melbourne’s Docklands Stadium.

Goalkicking became “topic of the week” at the start of June when St Kilda had to publicly defend small forward Jack Higgins after he inspired headlines in Melbourne of “Missy Higgins” for his 1.6 against Sydney. On the same weekend, Adelaide’s all-time greatest goalkicker Taylor Walker scored 2.6 against Collingwood.

On Saturday, Carlton key forward Harry McKay – the leader for the AFL goalkicking trophy, the Coleman Medal – developed the “yips” to finish with 2.3 against Geelong.

Goalkicking accuracy, on shots than end in scores excluding those that fall short or go out of bounds, is at 52 per cent this AFL season.

Some charts suggest this is the worst accuracy rate in the professional era that began in the 1990s.

It was 53 per cent in 2011, 54 per cent in 2001 and and 52 per cent in 1991 when the AFL – with the introduction of the Adelaide Football Club – had national league games played in every mainland capital city for the first time.

In 1971, when the league was based on 12 Victorian-based teams with part-time footballers instructed to play in high-scoring games, the conversion accuracy was 50 per cent with mud and waterlogged Sherrin footballs.

Why has Australian football not advanced goalkicking accuracy, particularly in a professional era with more time and more coaches to train players?

Not surprising, perhaps, when Taylor speaks of goalkicking being an art, not a science with a “one style fits all” method.

“It’s not about taking on an orthodox way to kicking,” Taylor said. “If it feels right, if it makes you feel confident, keep doing it.”

Tredrea is the poster boy from the professional AFL era in which clubs, such as his Port Adelaide, could dedicate a specialist goalkicking coach to improve his accuracy.

The significant moment of change for Tredrea was Port Adelaide chief executive Brian Cunningham finally settling on one coach for him in 2003 – Ben Perkins, the former Wallabies rugby specialist coach who corrected John Eales’ kicking technique.

“He was never the best kick at goal, Warren, especially in his younger years,” recalls team-mate Brendon Lade who was tagged as the “Money Man” for his reliable goalkicking during his 234 AFL games (182 goals at 64 per cent conversion rate).

“When he was going through all those issues, he had 100 people talking to him – at the club, outside the club. We just narrowed it down, starting with (West Adelaide’s 1988 leading goalkicker) Clayton Lamb. We just thought, not too many voices.”

In an era when there is much debate as to why AFL players do not dedicate more time to goalkicking practice – is it the fitness coaches ruling with concern on “training loads”? – Tredrea dismisses the simplistic theme that more work on the park puts more goals on the scoreboard on match day.

“It’s not about getting a bag of balls and having 1000 shots at training,” Tredrea said.

Taylor, the 1986 Coleman Medallist as the VFL leading goalkicker with his 100.63 (61 per cent conversion) with Collingwood, disagrees.

“Would anyone tell Greg Norman you can only practice your shots during a round of golf?” asked Taylor, a 527-goal hero in 140 VFL games played at Richmond and Collingwood where he topped these clubs’ goalkicking list seven times.

“Golfers are hitting thousands of balls before and after their rounds. And that is where we get it wrong in football – not enough volume of practise.

“If you repeat a task often enough in training, you should establish a routine that holds up under pressure and duress.

“We are talking about a skill that in the AFL has a success rate of nearly 60 per cent. Not nine times out of 10 or 10 out of 10. There is no perfection. But you need to practise it to know your routine.” 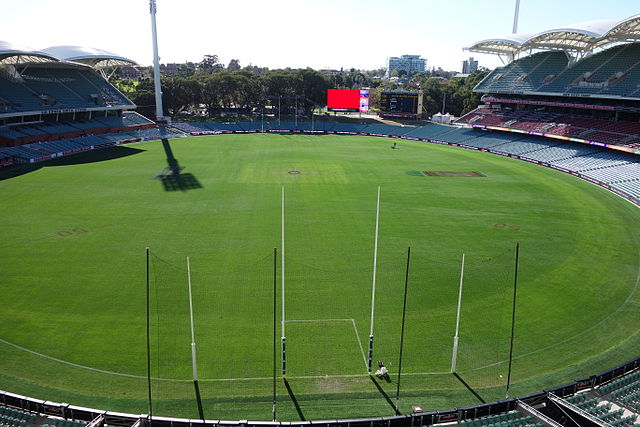 Tredrea emphasises training programs needing to replicate match-day conditions based on fatigue – the consequences of having forwards run up and down the field rather than just out of the goal square – while coaches demand all players be involved in clogging space with their zone-based tactics.

“Ben had a simple thing for me, but it took a while to develop the routine of taking two massive breaths after taking a mark on the lead,” Tredrea recalled. “I thought my nose was going to explode. But that is how I settled into the start of my kicking routine.”

On this point, all three champion goalkickers agree. The routine – in particular the drop of the ball from hand to foot – is critical.

Taylor admires the ball-hold of 2020 Coleman Medal-winning key forward Tom Hawkins, who has kicked 640.361 (64 per cent) in his 292 AFL matches with Geelong.

“Tom has reached the point where he knows if he is slightly off with his ball drop he can sense whether the ball will fall inside or outside his boot – and he will correct it with his footwork,” Taylor said. “It becomes easier when you have had more than a thousand shots on goal like Tom has.”

Blight not only has the Brownlow-Magarey double on his resume; he also has the Coleman-Farmer combine as the VFL leading goalkicker with North Melbourne in 1982 and SANFL champion spearhead with Woodville in 1985.

True to his premiership-coaching mentality of “keep it simple stupid”, Blight takes a simple approach to set shots at goal.

“If only more players did that … and there is a goal umpire in the middle of the goal to be your beacon.

“You have to guide the ball to the boot – it is not a drop.

“Guide the ball to your boot. Get the angle right. Simple as. It is all about the technique.”

There are some AFL coaches who get nervous watching players twirl the ball while settling into their techniques while the umpires allow them 30 seconds to start their run-up on a set shot at goal.

“Myth,” says Taylor of the theory that goalkicking accuracy is inversely proportional to the number of swirls of the Sherrin. “I wouldn’t like to throw the ball around because common sense says the more often you handle the ball the less likely it will move perfectly from hand to foot.

“But it is all about what you are comfortable doing.”

Tredrea warns against “copycat” coaching – a lesson learned the hard way during that period, as Lade recalls, of “too many voices”.

“In the end I did not know my own kick, but I knew everyone else’s kicking routines,” Tredrea said. “We all start with a kicking style as kids. We improvise – and under pressure we go back to that style.

“Many of the great players don’t know how they do it – they just do it.

“Jason Dunstall (1254 goals with Hawthorn in 269 games) has the record to be the best goalkicking coach in the world. But his kicking technique was not for Lance Franklin when they were both at Hawthorn.

“What worked for me? Getting momentum in my run up, the alignment of my kick – and the drop. It is all about the drop of the ball.”

If you had to rely on one player to kick a set shot to win a game, who would it be?

Rohan last month joined the exclusive group of VFL-AFL players to score a winning goal after the siren with his right-foot curler around the goal post at Kardinia Park against the Western Bulldogs.

“I just backed my routine,” Rohan said. “I have full confidence in my routine and that’s what I did and it went through.

“I just went back, calmed my nerves and went through my routine and then the result was finished.”

“Gary has a simple action,” Taylor said. “It is real. There is no messing around. It is a classical action. He does not make a big deal of what should not be a big deal.”

And now there are AFL players who are working against Blight’s theme of lining up their set shots with the right goal post to start their run ups at right angles.

“(Mercurial Collingwood forward) Peter Daicos understood how to do it long ago. And it makes sense to try that kick when you have the boot make more contact with the ball and more control on where it goes. I get it, I understand it. It feels a safer kick, whereas with the drop punt you need the perfect drop to the boot.”

If your dreams of success on the football scoreboard had to rely on one player from any of the 18 AFL teams, who should you engage?

Of the current players who have had more than 10 shots on goal this premiership season, you would be best served choosing from Will Hoskin-Elliott (Collingwood, 83.3 per cent), Will Hayward (Sydney, 82.6), Josh Corbett (Gold Coast, 76.2), Anthony McDonald-Tipungwuti (Essendon, 72.7), South Australian Callum Coleman-Jones (72.7), Dylan Moore (Hawthorn, 72.4), Oscar Allen (West Coast, 70.3) or Fremantle veteran David Mundy at 68.4 per cent accuracy.

If you wanted to be loyal to a South Australian-based team with a player who has had more than 10 shots on goal this season, the form at Adelaide is with Darcy Fogarty (78.9 per cent), first-year player Riley Thilthorpe (68) and Shane McAdam (64.5), while at Port Adelaide it is Robbie Gray (78.9), Todd Marshall (76.2) and Connor Rozee (68).

Of the gun forwards at the two clubs, former Crows captain Taylor Walker is at 59.4 per cent this season and Port Adelaide All-Australian Charlie Dixon is at 66.7 per cent.