Lawyer James Gallagher, son of Norwood great Phil and part of a grand South Australian football dynasty, is emerging as the first favoured candidate to replace Andrew Fagan as chief executive at the Adelaide Football Club.

Gallagher is currently a senior executive in the players’ union – the AFL Players’ Association – and has a strong background in SA football, with his work as legal counsel to the SANFL still lauded by local officials.

There are further endorsements for Gallagher from former SANFL president Max Basheer who mentored the University of Adelaide graduate when he was at legal firm Duncan Basheer Hannon.

There were 107 applicants in 2014 when Fagan was chosen from rugby ranks in Canberra to succeed Steven Trigg as the third chief executive in the AFL club’s history. The expectation is for many more to apply this time, particularly with the COVID squeeze in the professional landscape putting many qualified contenders in the market. 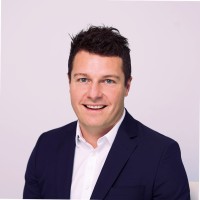 Gallagher, West Coast football chief Craig Vozzo – who was interviewed for the Port Adelaide vacancy filled by Matthew Richardson – and former AFL executive and current St Kilda chief operating officer Simon Lethlean will emerge as head-hunted candidates from within AFL ranks in the next few weeks.

Outside the AFL system, there could be the temptation to interview current SA Jockey Club chief executive Grant Mayer who has worked in A-League soccer as Adelaide United chief executive and in rugby league with NRL club West Tigers.

Gallagher, who is a cousin to former 38-game Crows player and current St Kilda football boss James Gallagher, has an impressive resume that will come with full endorsement from the AFL, the owners of the Crows’ licence.

He studied law and commerce at the University of Adelaide from 2004-2009, took up law at the DBH chambers in Adelaide from 2011-2015 and for the past five years has served the AFLPA as legal counsel.

Gallagher played a significant part in South Australian football in the early 2010s when he picked up the SANFL’s legal brief from the late John Ferguson. He worked on the legal framework for the Port Adelaide and Crows’ presence in the SANFL league competition.

Most alluring in the background checks on Gallagher is his reputation for strong relationships within his work teams – a much-needed quality at the Adelaide Football Club as the Crows deal with a range of cultural issues, such as those raised by former player Andrew McLeod, that have emerged in recent years at West Lakes.

The Gallaghers are one of South Australian football’s grandest family dynasties at the Norwood Football Club where James’ grandfather, Sam, was a premiership hero and state representative in the 1940s and 1950s. Phil Gallagher, a long-serving SA Football Commission member, is one of Norwood’s most-loved players after a 292-game career in the 1970s and 1980s.

An ideal – but unrealistic – presentation moment for the new chief executive would have been Wednesday, March 3, when the Crows will have their annual meeting at Adelaide Oval followed by the members’ information session. That moment could have been driven with a focus on the future with the new chairman and new chief executive rather than become overwhelmed by members raking over the ashes of the Rob Chapman-Andrew Fagan era that ended with a wooden spoon last season.

Olsen has delivered a set of guidelines on the criteria needed for the new Adelaide Football Club management structure that will be built around the recommendations from a recent review by KPMG.

“But we do not want to be too strict on the criteria – that could rule out a worthy candidate from left field,” Olsen told InDaily.

“The chief executive will be leading a club where football comes first. Strategy will be based on the challenges we are facing post-COVID. There is an 18-month plan to recover from the impact of COVID last year. There is the search for new facilities (with the Crows this week further assessing the option of moving from West Lakes to Thebarton Oval, one of two locations on the Crows’ planning board with the aim of choosing a new home base by the middle of this year).

“There will be a football-first approach while reviewing our business enterprises. Post-COVID, we need to assess if we continue with these (in particular baseball and eSports). We will look at how these investments deliver – or if they distract us from our main focus and our core function of football.

“And the interpersonal skills of our new chief executive – being a great communicator – will be really important.”

Fagan’s successor will pick up a critical document from the KPMG review that identified the need for significant change on Adelaide’s management structure and performance – and not just from the challenges posed by COVID.

The review document was delivered in mid-January; Fagan announced his resignation on Thursday at the club’s season launch. The review is also likely to bring into question the future of some other members of the club’s executive team as Olsen and his new chief executive deliver a new strategic plan at West Lakes.

From Olsen’s long round of one-on-one meetings with players, staff, sponsors, key backers and major stakeholders in the past two months to the KPMG review, there are challenges to improve – and change – in many departments to meet Adelaide’s “football first” mantra and objective to be a league leader on and off the field.

Adelaide’s board also is destined for major change. Crows members will get their moment to influence this with ballot papers to decide if lawyer Kym Ryder – their choice in 2019 – should remain on the board.