Adelaide also picked up SA midfielders Luke Pedlar and Brayden Cook in the first round, and Victorian mid Sam Berry early in the second.

Port Adelaide had a quieter draft, as expected matching a bid by Collingwood for academy standout Lachie Jones at 16, before snaring Victorian tall Ollie Lord – the grandson of 1962 Brownlow Medallist Alistair Lord – with pick 49. 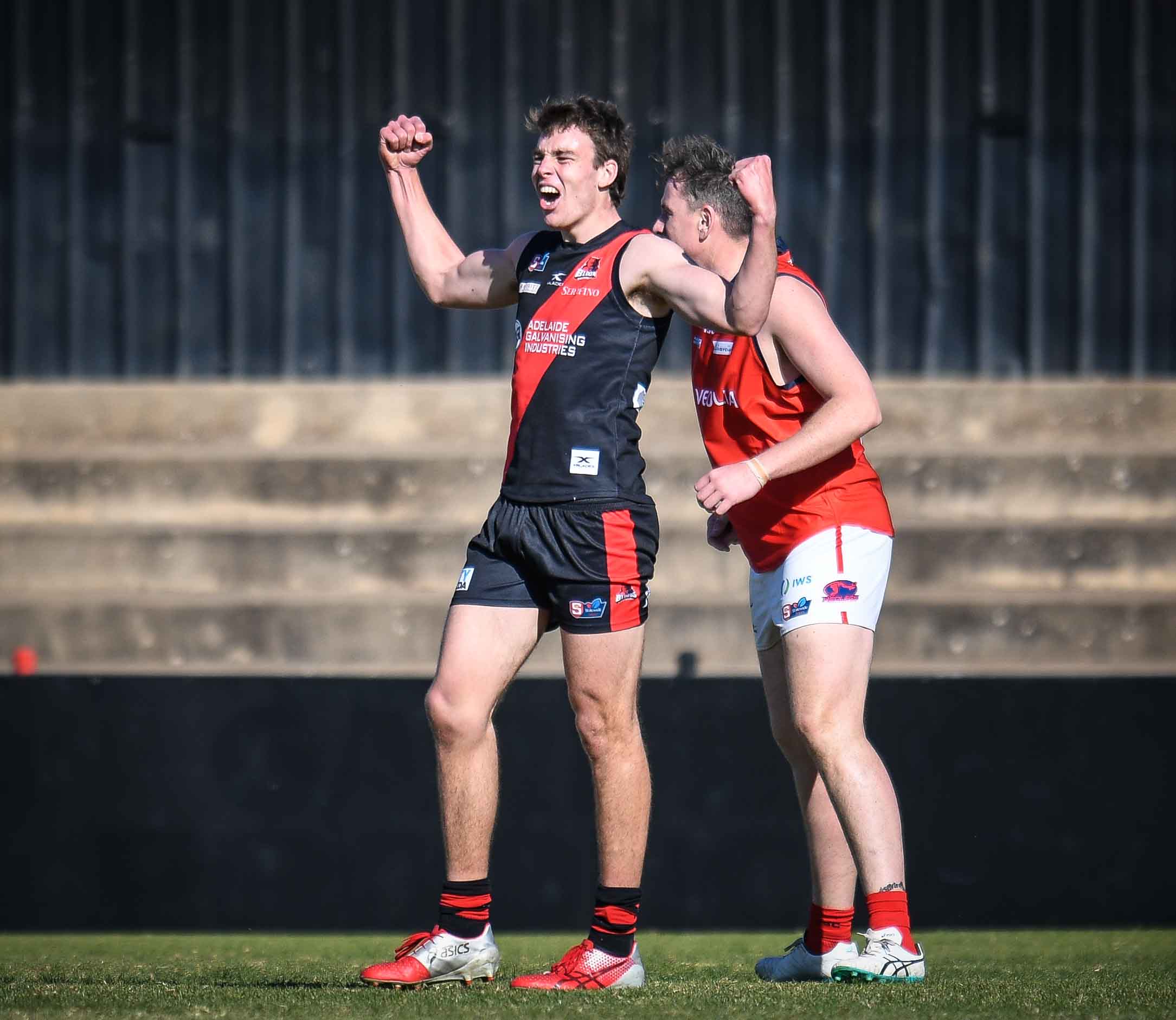 A club development coach, Goldsack had intended to play for the Port Magpies this season before the AFL side’s reserves team was prevented from joining the curtailed SANFL season.

The Crows also last night automatically added two further academy selections, strong-marking defender James Borlase and speedster Tariek Newchurch, as category B rookies after their names were not called during the national draft, before late this morning confirming the homecoming of former first-round GWS recruit Jackson Hately – the sole pick taken in the pre-season draft.

The former, the son of Port Adelaide premiership captain Darryl Borlase and three-time Netball World Cup winner and Commonwealth Games medallist Jenny Borlase, is a long-time Port supporter whose eligibility as a Crows selection has long been a bone of contention among SA football supporters.

But it was Adelaide’s final draft selection that was making perhaps the biggest waves this morning, as FIVEaa presenter Stephen Rowe – a member of the Crows inaugural squad who played 29 games in the tri-colours – spoke about his son James’s surprise selection.

“My God how did that just happen – my little Jimmy is a Crow,” he told fellow FIVEaa announcers David Penberthy and Will Goodings.

“It still hasn’t sunk in – I think I stopped crying at 3.30 this morning… we were emotionally wrecked, we were just drained – that was his dream… my little boy.”

He said the 21-year-old Woodville-West Torrens premiership sharp-shooter – who shared this year’s Ken Farmer Medal as the SANFL’s leading goalkicker – had spoken to up to eight clubs after being overlooked in the past three drafts.

“The lead-up to it is just emotional because no club – and they can’t give you a guarantee – [but] I was convinced Carlton were going to pick him up,” Rowe said.

He said James watched the draft on his own and “didn’t want anyone to sit with him”.

“He’s a shy young lad, he’s 180 degrees different to me… he just wanted to absorb it himself,” Rowe said.

“He prepared himself for the disappointment of not getting picked up…

“This little lad’s had to do it tough – from his under-18 state year to be overlooked, to last year speaking to ‘X’ amount of clubs and being overlooked, to this year.”

Carlton instead chose SANFL product Corey Durdin with their pick 37, leaving the Crows to swoop with the next selection.

“I turned to him and said ‘Son, could they pick you here?’ and he couldn’t even talk – but when they called out ‘Jimmy Rowe’, we just exploded,” Rowe tearfully recounted.

“[Adelaide coach] Matty Nicks came around about midnight – he put a Crows hat on his head, and a Crows polo shirt… it was just… that was his dream, that’s his dream.”

He said the house was inundated with guests – admitting a likely breach of COVID restrictions.

“We had 100 people here last night – to [chief public health officer] Nicola Spurrier, I’m sorry… and to our neighbours who dobbed us in, go get stuffed!” he said.

Rowe said his son then “had to get up at 5.30am to take his work ute to his bosses and tell them that he’s now an Adelaide Crow”.

He said it was unlikely Jimmy would wear his former Number 3 guernsey, saying: “That’s not James… he’ll run his own race, this kid.”

“He’ll get what he’s given, he’ll do what he’s told… he’s a bloody little ripper and that’s what we’re most proud of.” 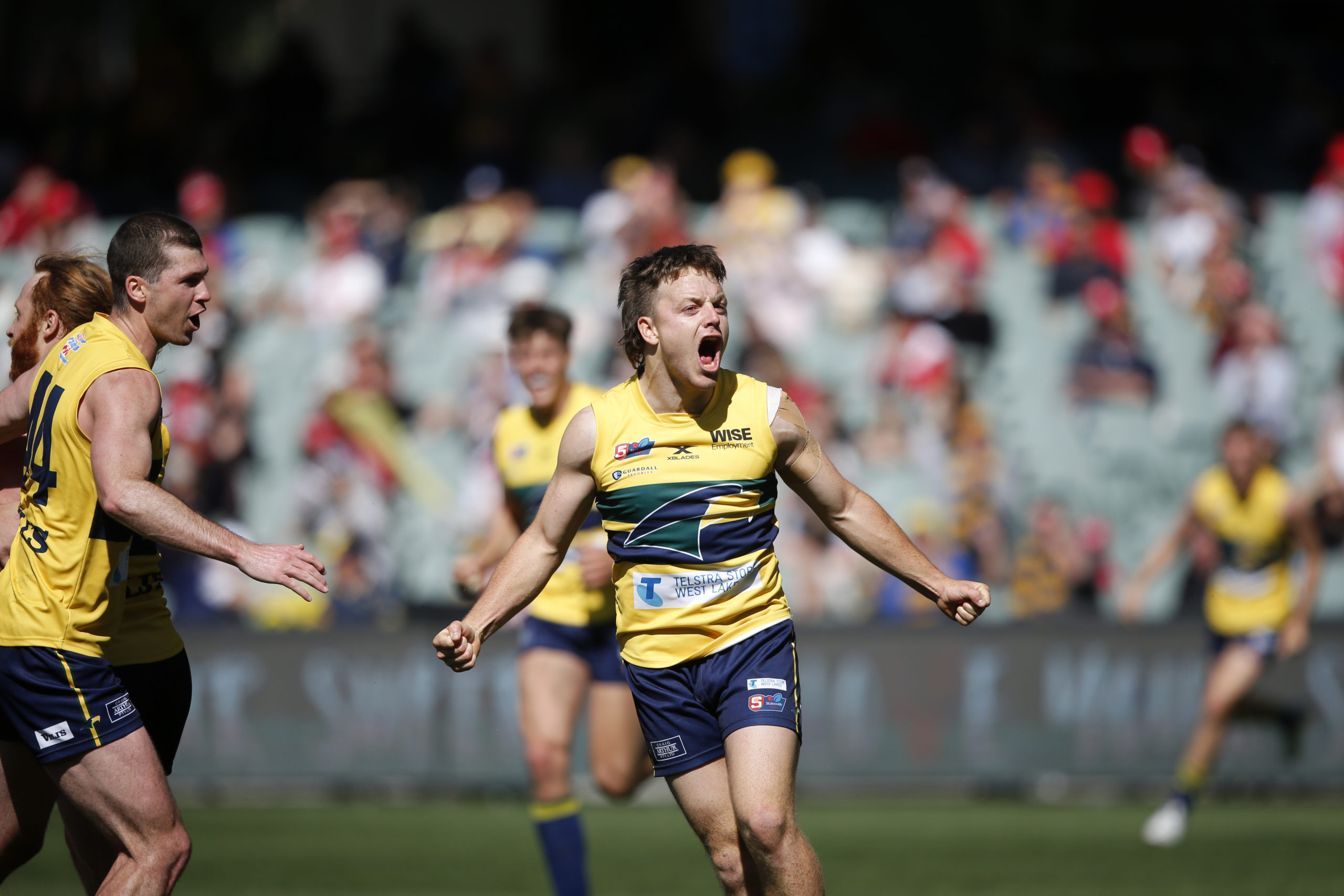 He did admit to having a “blue” after everyone left when the subject of the sports presenter calling his son’s games was broached.

“I’m going to have to call my son playing footy – I said, ‘if you do something wrong, mate – I’ll be into you like I do to other people’,” Rowe said.

“It’s going to be hard but that’s a bridge we’ll have to cross.”

He added that having been recruited locally, “he can live under our roof” but added: “You know what, James, you’re on good coin now – it’s 500 bucks a week, you little shit!”

Crows recruiter Hamish Ogilvie said the club’s decision to bid on Ugle-Hagan was central to their pursuit of Rowe, as the Bulldogs had to relinquish a raft of later picks to match the bid.

“We knew the Bulldogs had some interest there [so] that was the value of bidding on pick one, as it allowed us to get James Rowe,” he told the club’s website.

“Our supporters will all know Rowey well, he’s a goalkicking machine… he’s been the best performed small forward in the country this year, so he deserves his chance.”

Another son of a former Crow, premiership star Tyson Edwards’ son Luke, was overlooked by Adelaide as a father-son selection and was instead taken by West Coast at pick 52.

In another twist today, Adelaide used its first pick in the rookie draft to re-recruit retired former Number One Draft Pick Bryce Gibbs, who hung up the boots this year almost three years after an ultimately unsuccessful shift from Carlton.

He has been added to the rookie lost for administrative purposes only, allowing the Crows to honour the terms of a contract agreement – but the move ensures he has now been picked first in both the national and rookie drafts.