The Crows have now lost seven games to open a season – their worst start since inception in 1991.

And Adelaide are now on the club’s longest losing streak – 10 consecutive defeats, across two seasons.

“The outside noise is there … ultimately we are there to win so I understand the frustration.” 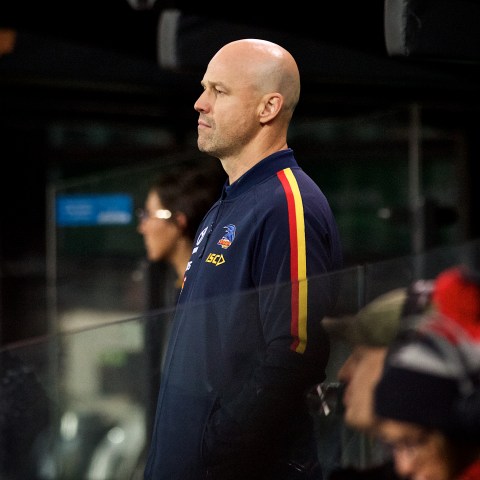 The Saints got their season ahead of the curve – four wins and three losses – after repelling a late surge.

St Kilda’s Jones produced a powerhouse opening term to propel the visitors to a 3.2 to 1.2 quarter-time lead.

Jones’ 10 first-term disposals featured five clearances – three from centre bounces – and three inside 50s, the last a lace-out pass to emerging spearhead King, who converted after the siren.

He kicked another 15 seconds into the second term and when teammate Rory Laird, in his 150th AFL games, converted a set shot the Crows were just six points down.

But St Kilda then accelerated with three unanswered majors to create a 26-point break.

After a dour third term, St Kilda led by 16 points at the last change and appeared safe when 22 up after Dean Kent goaled within a minute of the final term.

But Crows then rallied with majors to McAdam and Walker reducing their deficit to nine points with 10 minutes remaining and lifting the 13,354-strong crowd. 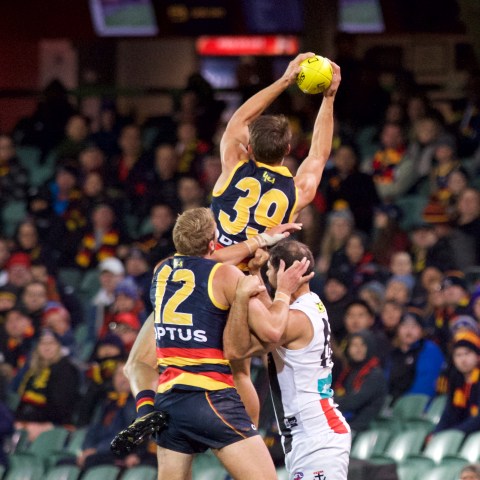 St Kilda responded with substance and in style, scoring three goals in a five-minute span, which impressed coach Brett Ratten.

“It was really pleasing to finish the game strong,” Ratten said.

“It wasn’t perfect footy … but we need to learn to win in different ways.” 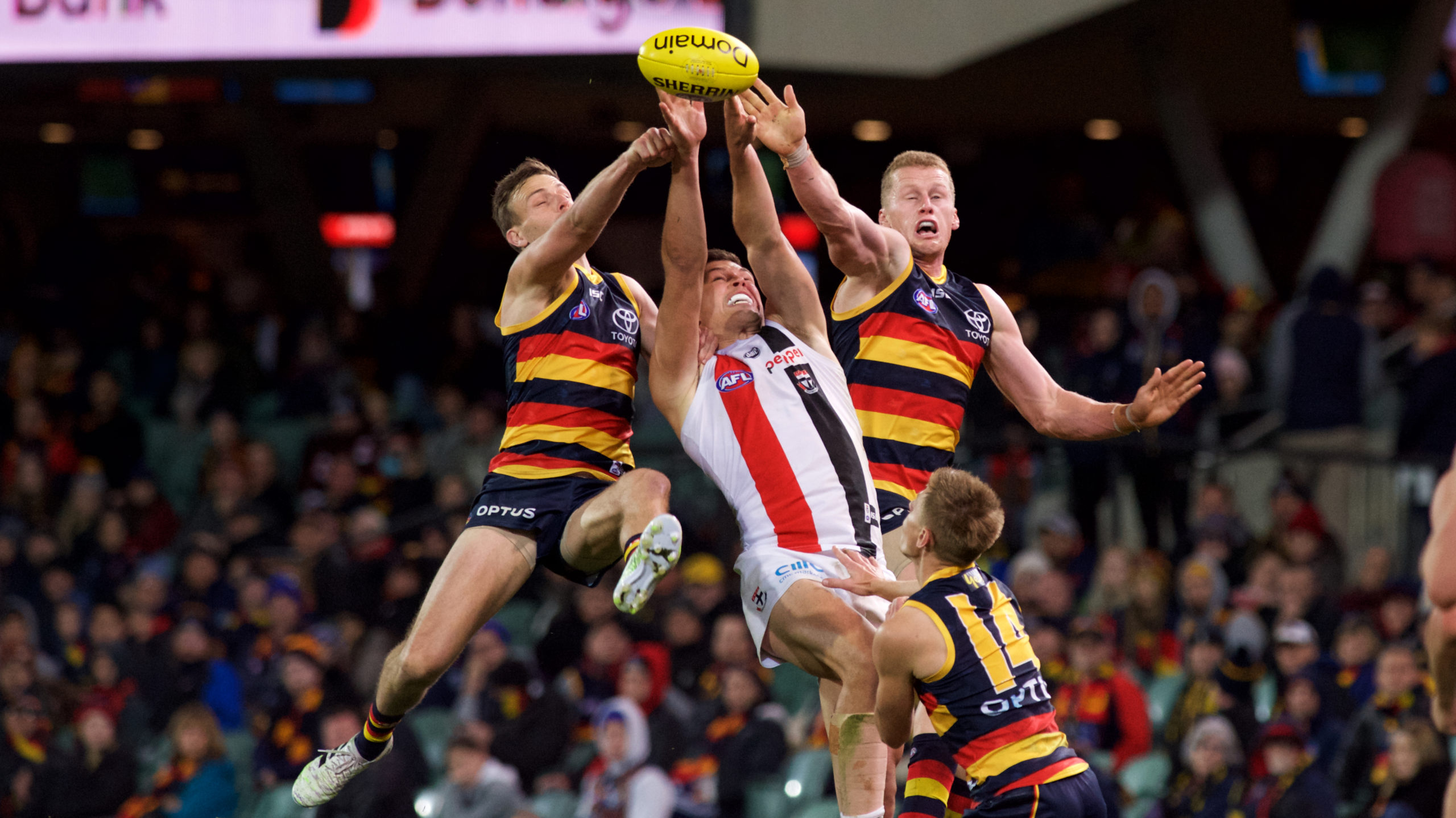 Crowds were back at half-capacity Adelaide Oval last night – but it wasn’t enough to lift the Crows. Photo: Michael Errey/InDaily