Former Reds chairman and part-owner Greg Griffin played a significant cameo role in the inception of the Crows; he was the lawyer representing some of the SANFL clubs that won an injunction preventing Port Adelaide from entering the AFL, paving the way for the Adelaide Football Club to take the SA licence.

But in a letter to InDaily today (Your views) he now says he regrets his pivotal role blocking Port’s AFL entry in 1990, saying: “For too long the Crows have been run by non-football people who simply have squandered the enormous benefits laid before them by Government”.

“Had I known this in 1990 I would have instead embraced the [then-Port president] Bruce Weber model – as hopeless as it was,” he said. 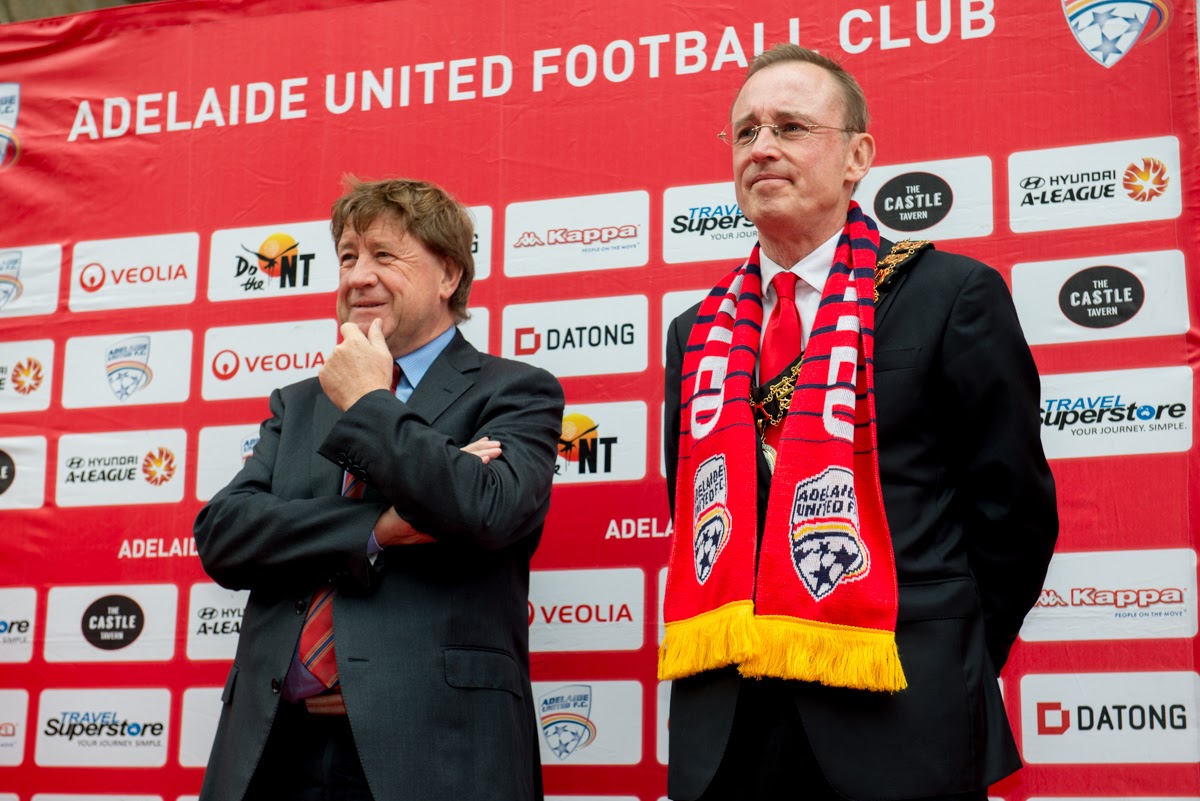 Griffin, who runs his own law firm and also has been a prominent AFL player agent, was spurred to comment after the Crows board’s lukewarm response to the prospect of ASX50 CEO Grant Kelley replacing outgoing Rob Chapman as chair.

InDaily on Friday revealed prominent Crows luminaries – including inaugural CEO Bill Sanders – have spoken to Kelley, the CEO of Melbourne-based Vicinity Centres and owner of the Adelaide 36ers, about joining the board.

Kelley said he was open to such a move, confirming: “If they wanted me on the board, I’d be happy to consider it… the Crows have been a huge part of my life and my family’s lives for many years.”

Former BankSA managing director and St George’s Bank CEO Chapman is adamant this is his last year as Crows chair, after succeeding Sanders in the role in 2008.

But the club’s woeful on-field performance could prompt calls for a swifter transition – although figures within the club are adamant Kelley won’t be part of those plans.

Deputy chair Jim Hazel told InDaily last week: “I think we know our way around the sporting landscape pretty well in SA, but Grant [Kelley’s] not someone I know well”.

That prompted Griffin to write to InDaily, saying:  “I am deeply concerned by the apparent lack of interest [by] Jim Hazel in Grant Kelley as an appropriate Chairman of the Crows.”

“As a life member of [SANFL club] North Adelaide and the lawyer that secured the injunction preventing Port Adelaide from joining the AFL competition – which led to the creation of the Crows – I feel much better qualified than Jim to comment on Grant as an appropriate choice to take over from Rob Chapman,” he writes.

“That Jim does not know Kelley is a reflection on him, not Grant. I do know Grant and call him a friend.

“I, like Grant [with the 36ers], invested my own money into making Adelaide United the Champions of Australia – in a competition where our opponents were allowed to spend triple what we did to win titles. Had [we] been bestowed with the financial largesse the Crows and Power have received, we would have won more titles – but Government starved us, like they now starve the 36ers, to invest in the AFL.”

Griffin took over Adelaide United with businessman – and prominent Crows backer- Rob Gerard in 2010, reluctantly selling his stake to current chairman Piet van der Pol and his backers in 2018.

He served as chairman during that time.

“The inherent weakness of the Crows Board is that no-one is playing with their own money,” Griffin said.

“Try investing your own money – and then tell people like Grant, who is a corporate superstar, that he does not qualify for the job.”

The damning assessment comes after the Crows sank to their first-ever loss to expansion side Gold Coast, leaving them mired at the bottom of the AFL ladder.

First-year coach Matthew Nicks said yesterday the club was in a “world of hurt”, after they narrowly avoided their lowest AFL score on Sunday afternoon in a 12.10 (82) to 4.5 (29) spanking from the Suns.

The Suns dominated clearances 38-25, with former Crow Hugh Greenwood providing plenty of grunt in the clinches, finishing with 13 tackles.

The Suns had almost double the contested possessions of the Crows and the first 12 forward-50 entries in the first quarter.

A shoulder injury to Rory Atkins in his 100th game didn’t help, Nicks admitting he wasn’t sure where to begin the analysis.

“Good question …. we’re in a world of hurt at this point – nowhere near the level,” he said.

“We’ve got some conversations coming up about why that is.”

The Crows were hammered last week by Port Adelaide in their biggest Showdown defeat and arrived on the Gold Coast with plenty to prove against a side that had just snapped a 19-game losing streak.

“We expected a response and we weren’t able to deliver,” Nicks said.

“We’ve got some things to answer. As a midfield, we’ve got work to do.

“There are too many areas at the moment to be angry with one and not the other.”

Nicks was keen to begin the post-mortem examination immediately.

“We’ll be in there as soon as… straight into it as a full group,” he said.

“We’ll turn it around but, at this point in time, it’s just not acceptable what’s being put out.”

Adelaide will remain in their Queensland quarantine hub ahead of next Sunday’s clash with Brisbane.