The 199-centimetre forward, originally drafted from Mt Gravatt at pick 69 in 2015, turned heads among the Cats faithful not just for his imposing frame and shock of curls, but for a memorable two-goal debut in a drawn game against the Giants in 2017.

The 23-year-old booted 32 goals in 17 VFL games this year without managing to force his way into the Cats’ senior side, with Port’s football manager Chris Davies enthusing: “Wylie has shown that he is a quality performer at state league level.”

“He spent the majority of this season as a key forward, but also has the ability to go into the ruck [so] having moved on Paddy Ryder and Billy Frampton… we wanted to add some depth to this area of our list,” he said. 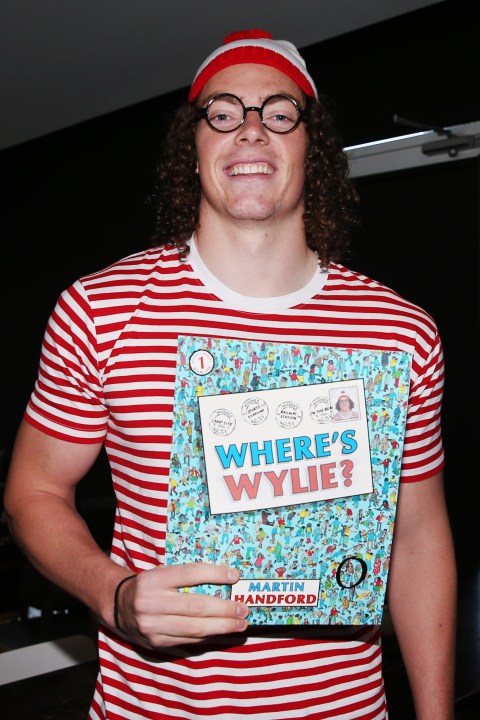 Buzza, who joins the Power on a one-year deal, said he saw himself as “an AFL-standard footballer” and believes he can “contribute to overall team success rather than just being a number on the list”.

“I know I might not get the opportunities straight away but I’m confident I can be a contributor at AFL level,” he told the club’s website today.

“I feel like I’m at a really good age where I’ve still got a lot of development in front of me but I can still help people younger than me coming into the club as well.”