The former right hand man to Power mentor Ken Hinkley, Nicks was headhunted this time last year to become senior assistant to GWS coach Leon Cameron, whose Giants went on a late-season charge before falling at the final hurdle.

Originally recruited from West Adelaide, Nicks played 175 games for Sydney over a decade before ongoing injuries forced his retirement in 2005 – just shy of the Swans’ drought-breaking premiership.

He’ll replace Don Pyke, who quit as senior coach in the wake of a second successive failure to qualify for the major round, and amid recriminations that culminated in an external review, with the club refusing to publicly guarantee his position.

Nicks, 44, joins the Crows on a three-year deal after his selection was endorsed last night, the club said today.

He told media he intended to mend a fractured Crows family by demanding a selfless culture at the club – but believes concerns about a poor club culture have been overblown.

“I am looking forward… by no means am I going back to find negatives,” Nicks told reporters.

He said building a culture “takes a number of years but we have already got it underway”.

“I’m confident that we’re already well and truly on track,” he said.

Nicks said his primary objective was to “get back to playing footy that our supporters will be proud to come and watch”.

“If you give it everything you have got… and you can’t get the job done, there’s no doubt your supporters go home happy and proud that they’re part of this group or this family – and that’s the goal … to bring the family back together and that we have all got each other’s backs,” he said.

He said he felt “very well prepared, having progressed from being a development coach to a senior assistant at two different clubs in vastly different markets”.

“We will be a team that not only embraces the contest but seeks it out. A team-first mentality also sits at the core of all successful clubs and from this day forward it will always be a clear focus and priority,” he said in a statement.

He said he had spoken to members of the playing and administration staff and “there’s a really exciting feel around the club”.

“Everyone’s excited about bringing the group back together, and finding the form that we’ve had in the past,” he said.

Fagan described Nicks as “incredibly well-rounded and [he] matched up extremely well against the attributes that we were targeting”.

“He is recognised for his ability to build strong and sustainable personal relationships, as well as being an excellent communicator and has significant finals experience as a player and coach,” the CEO said.

“Importantly, he also possesses a sharp tactical nous and is clearly ready to coach his own team at the elite level.”

The former quality was at the forefront of the panellists’ minds after two seasons dogged in large part by the bitter aftermath of Adelaide’s failed Collective Mind pre-season camp, with the external review – and a concurrent internal audit – last week identifying a need to focus on “maintaining, and in some instances improving, personal relationships”.

Those reviews – along with a desire to see Nicks start with a relatively clean slate – also prompted the sackings of head of football Brett Burton and senior assistant coach Scott Camporeale. 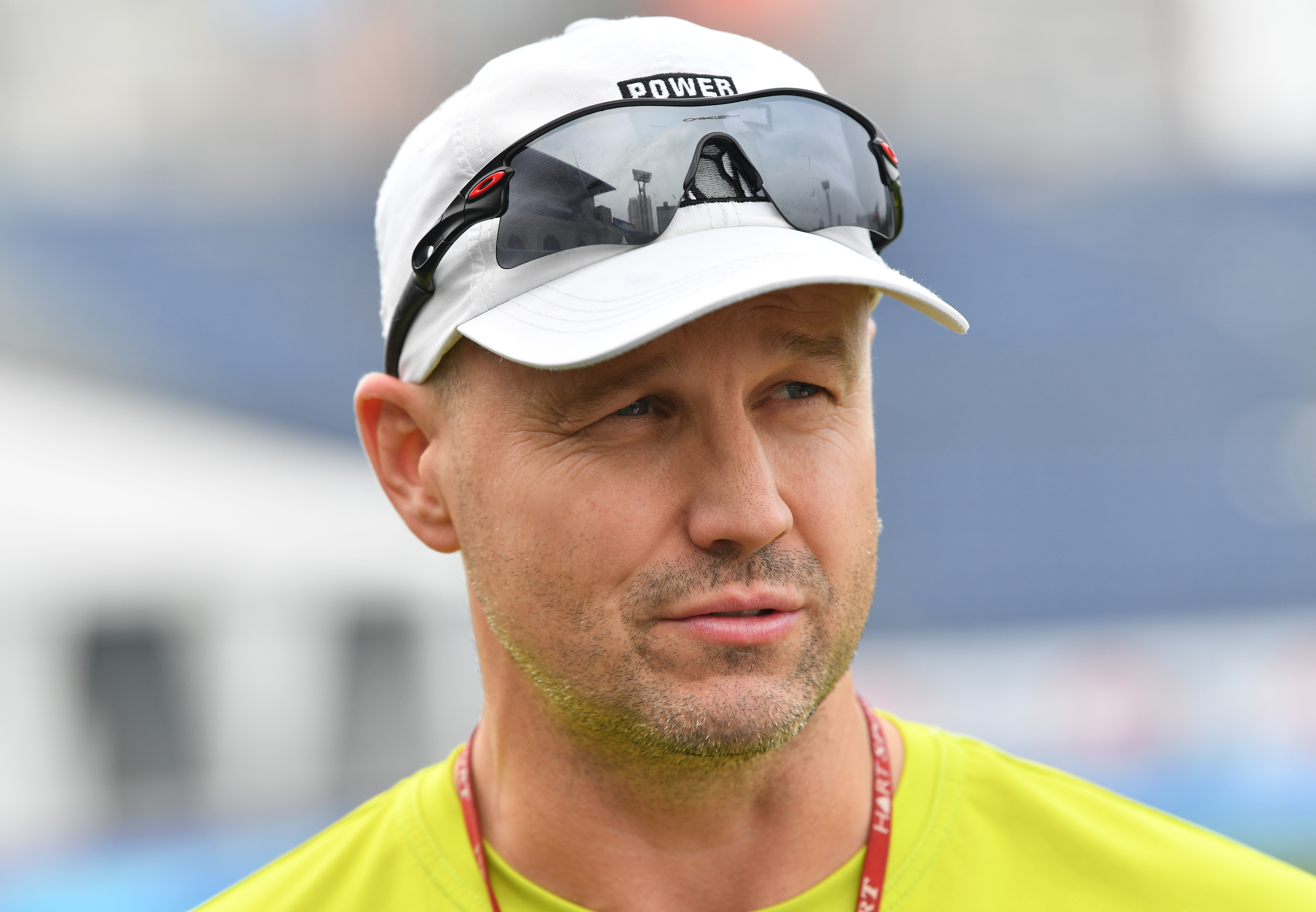 Matthew Nicks speaks to the media in the lead-up to the Power’s 2018 China fixture. Photo: David Mariuz / AAP

The club is overhauling its personnel both off-field and on, with veteran star forward Eddie Betts yesterday returning to his former club Carlton in a trade that will see Adelaide receive a fourth round selection in next year’s draft, while also paying around a fifth of their former marquee player’s salary in 2020.

Fringe midfielder Cam Ellis-Yolmen has already flown the nest to Brisbane, while a deal was struck today to send stalwart ruckman Sam Jacobs to the Giants for another future fourth round draft pick, which was immediately on-traded to the Power for ruckman/forward Billy Frampton.

Category B rookies Alex Keath and Hugh Greenwood are also on the way out, with the latter’s passage to the Gold Coast confirmed today with the Crows to receive the Suns’ future third round and fourth round draft selections.

“I will let him do his job but at the same time, Reidy and I have an understanding of exactly where we’re heading and we’re on the same page,” he said.

Nicks had already spoken with reigning club champion Brad Crouch, who is being wooed with multi-million dollar, long-term offers from rivals despite still being contracted until the end of next season.

“We will be doing our best to keep him here and part of that is getting the right culture, or continuing to improve our culture, to get where we need to keep him on board,” Nicks said.

Despite the exodus of experience, the Crows retained “an amazing core list of players”, the new coach insisted.

“But that is only going to make way for some really talented youngsters to show what they have got.

“We are probably going to be challenged with some inconsistency and that is what happens when you play as a younger player [but] it’s not going to be an issue as long as that player is playing the way we want to play and that he has got his mates’ back.”

Chairman Rob Chapman said the Crows were “embarking upon an exciting new era and Matthew is the perfect person to guide and develop our talented playing list as it goes through a period of rejuvenation”.

The club’s announcement on social media got off to an awkward start with the Crows’ official Twitter handle inadvertently suggesting a big reveal was imminent.

As the trade period sparked to life today, Port Adelaide also sent ruckman Paddy Ryder and the versatile Dougal Howard to St Kilda, along with their pick 10 and a future fourth-round selection, in a deal that sees the Power receive picks 12, 18 and the Saints’ 2020 third-round draft pick.