With all but the two Grand Final sides now focussed on the 2020 season, the futures of several players are becoming clearer ahead of next month’s trade period, with Adelaide confirming they would farewell their spearhead, despite Jenkins having two years to serve of a lucrative five-year contract.

The 30-year-old has served spells in the SANFL this year, and was expected to be at the front of the queue to leave West Lakes in what is touted to be a mini-exodus of established talent.

One who isn’t joining the queue though is running defender Brodie Smith, who told SEN SA this morning he was staying put at the Crows, despite suggestions he could be Brisbane-bound.

“I’m contracted for two years [so] that was just Charlie (Cameron, former teammate) being a bit sneaky over there I think,” he said.

Jenkins fronted the AFL’s Trade Radio podcast this morning, saying he would “go and play AFL footy anywhere”, adding: “I am not going to sit here and say I’d only play at three or four clubs.”

He concedes he fell out of favour with the football department, but noted “the reason I was voted into the leadership group is I stand up for what I feel is right”.

“I guess that can be misconstrued as being combative or stepping outside the bounds [but] I just speak up for what is right and speak for those in the group or who don’t feel as comfortable in speaking,” he said.

He conceded “things have really gone awry over in Adelaide” since the club lost the 2017 Grand Final, adding “we came out of it thinking we’d get a look at it for the next couple of years”.

“It is upsetting that it hasn’t unfolded better but it’s a brutal industry,” he said.

Crows list manager Justin Reid said in a statement: “After recent conversations it became clear that it is in the best interests of both parties that Josh looks to reinvigorate his career at another club.”

“We are committed to working closely with Josh and Paul [Connors, Jenkins’ manager] to ensure there is an outcome suitable for both parties.”

Connors told Trade Radio his client was “prepared to roll up his sleeves and go anywhere” and was willing to “take a significant pay cut”.

He also poured cold water on suggestions star Collingwood ruckman Brodie Grundy could seek a go-home trade to Adelaide, saying the All Australian would remain with the Magpies.

“He’s contracted for next year, he’ll be there,” he said.

“We’ve got no concerns with him not playing [at Collingwood] next year.” 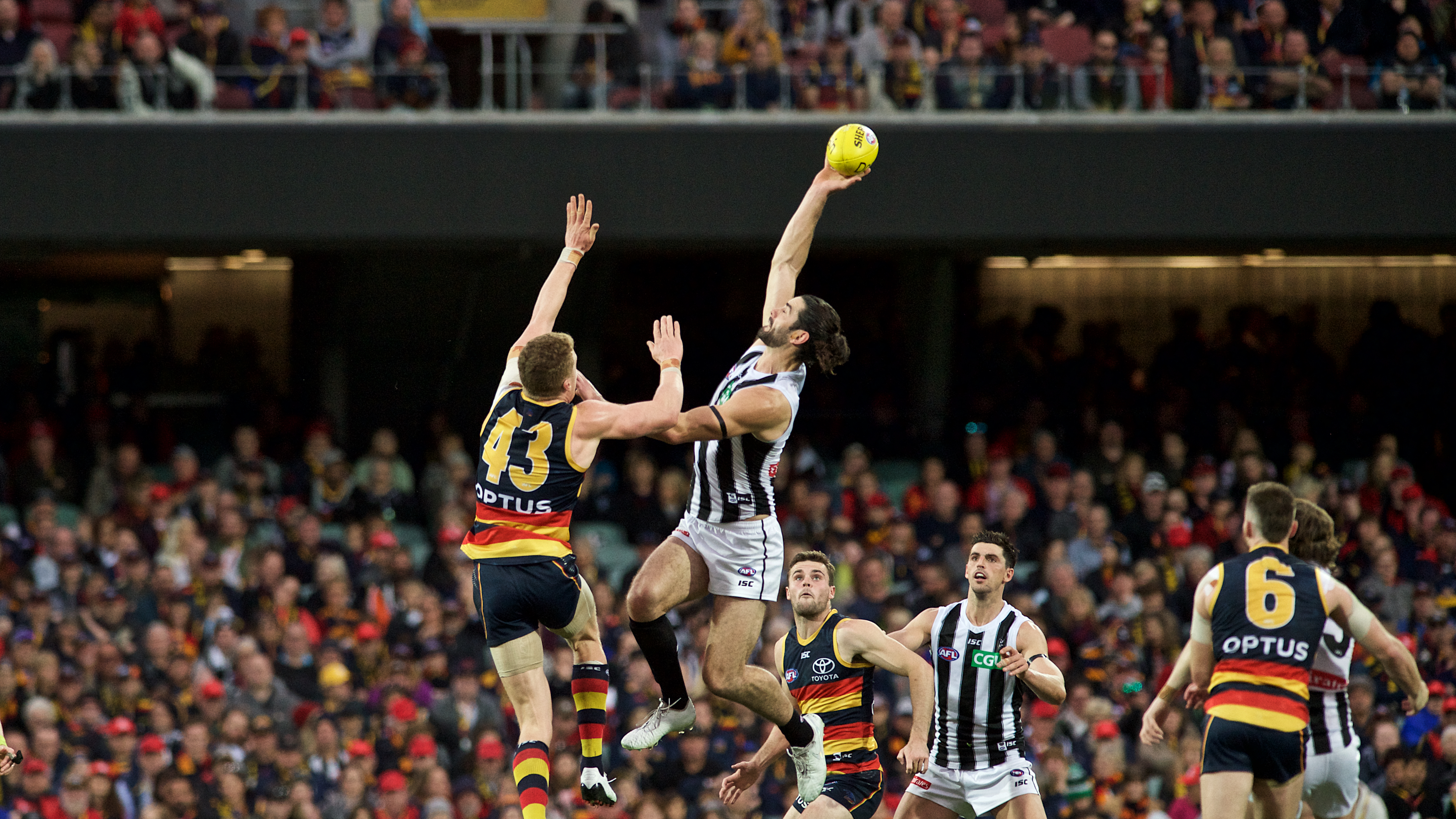 St Kilda’s ruck stocks could be bolstered with confirmation today outbound Port Adelaide tall Paddy Ryder had nominated the Melbourne club as his destination of choice.

Ryder, an All Australian in 2017 “has informed the Port Adelaide Football Club that he wishes to continue his career at St Kilda if a deal can be reached during the upcoming AFL trade period,” the Power said in a statement.

“I’m going to head down to St Kilda, really excited about the opportunity,” Ryder confirmed on Trade Radio.

“I guess the way things have panned out at Port Adelaide over the past couple of years is Port Adelaide’s brought in Scotty Lycett, who’s a terrific ruckman, and they’ve got a couple of young blokes on the list that probably need a bit more time to develop… and I guess being my age and stuff I’m taking away that opportunity for them, so I’m very understanding of the football club and respect their decision,” he said.

“But I feel like I’ve still got a lot more to give, so I’ll be going down to Moorabbin.”

Ryder crossed to Alberton in 2014 amid the fallout of the Essendon supplements scandal, later sitting out a season along with his former teammates who were hit with a WADA ban.

He had been weighing up a return to his former club, saying he had been “leaning towards Essendon” but changed his mind after a return tour of the facilities.

“I guess the thing that stuck with me, I went back into the club last week… I felt like I wanted to go through there and just see what it felt like in this respect and I just didn’t get like a really, really good feeling from going back there,” he said.

“But then I went down to Moorabbin and it was a sense of, like, excitement and in the end that’s what I ended up basing my decision on.”