Carlton’s vanquished AFLW coach Daniel Harford declared the match a special moment for the sport, despite his team being soundly beaten by the dominant Crows in Sunday’s grand final at Adelaide Oval.

The grand final attracted a crowd of 53,034 spectators, believed to be the largest attendance at a stand-alone women’s sports event in Australia.

Harford said it “might be one of the most significant moments in Australian football history”.

“It’s a very special moment, I think, for the AFLW and for footy in Australia,” he said.

“It just shocked,” she said.

“Even just doing the lap around the oval, it was pretty surreal, people screaming your name.

“It’s this unbelievable atmosphere that we have created. And I think it’s just going to continue to evolve over time.”

The turnout also came as a surprise to the State Government, which has been roundly criticised for failing to put on enough public transport for the crowd.

Official crowd is now over 53,000!!! This is double the expected crowd

My apologies to all those who had to wait to get to the ground.

Harford, who played most of his 162 AFL games with Hawthorn, noted a refreshing difference in the AFLW.

“There is a real sense of goodwill and development and achievement throughout the whole competition – and it’s lovely to be a part of that,” he said.

“The men’s competition is quite cut-throat and ruthless.

“But more than that, it’s working with athletes that are desperate to be better and will listen and learn.”

Nothing demonstrated the goodwill in the competition more than the devastation that hit the entire crowd – and both teams – when the Crows’ best player, Erin Phillips, went down with an obvious serious knee injury in the third quarter.

For the dual sports star who represented Australia in basketball, she didn’t know whether to laugh or cry. So she did both.

Then, changing tack to chase an opponent in the third quarter, Phillips tore the anterior cruciate ligament in her left knee. 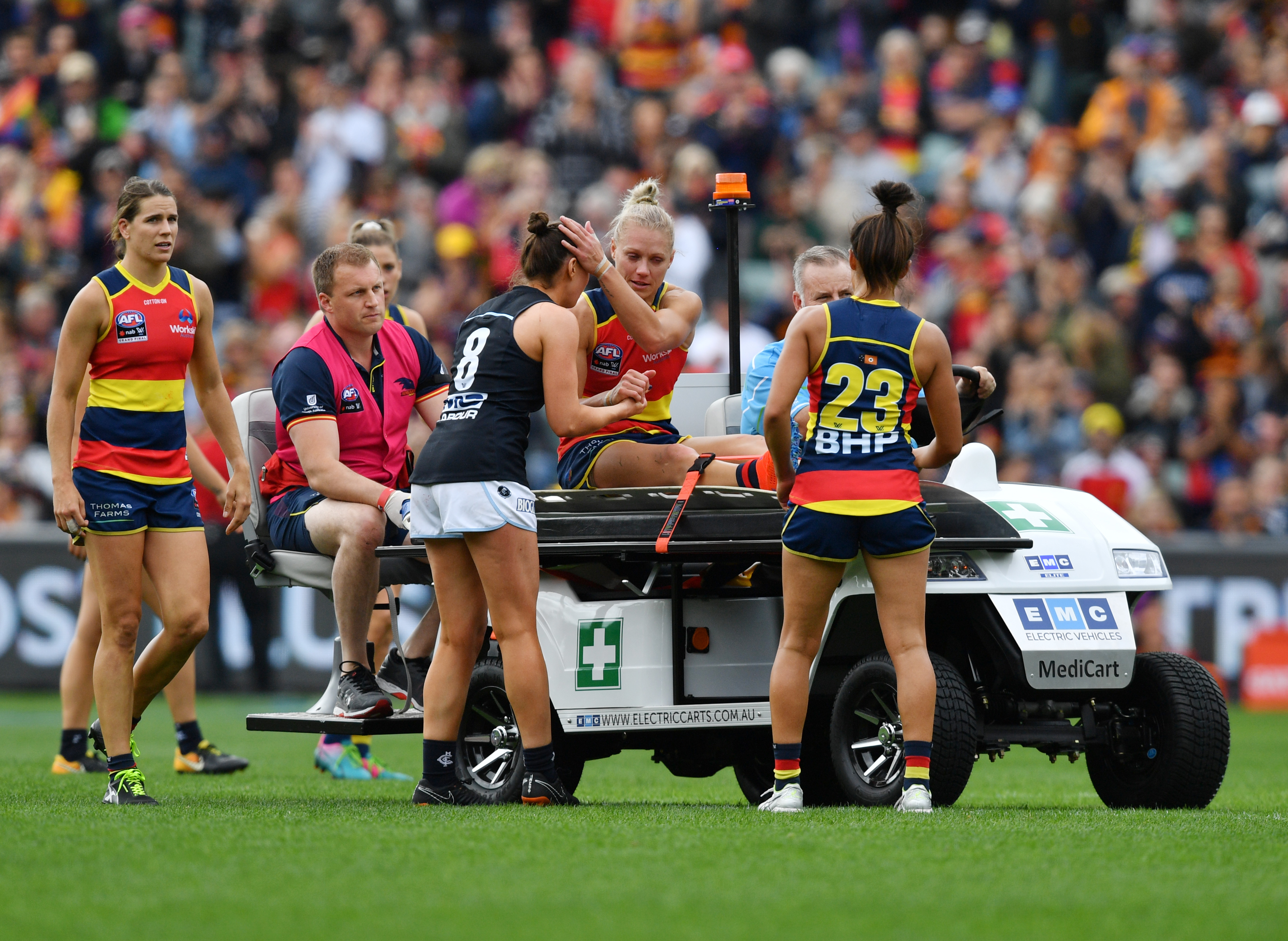 Carlton’s Amelia Mullane goes to injured Crow Erin Phillips as she is carried off the ground. Photo: AAP/David Mariuz

Despite being carried off on a motorised stretcher, Phillips won the medal for the grand final’s best player – as she did in Adelaide’s 2017 premiership.

“It’s an ACL, something I have done before in my other leg,” Phillips said.

“This was supposed to be the good leg.

“It’s an absolute dream come true … to play in front of this crowd, it means so much.”

Phillips’ teammate Chloe Scheer also suffered a suspected torn ACL in a knee, and both will require knee reconstructions.

Chloe Scheer takes a hanger and Danielle Ponter finishes off the job 👌 Their joint effort earns our #SpecialKStrongPlay. @SpecialKAus pic.twitter.com/XlEBKHcRx9

“It’s a bit of a hollow feeling … it was a good day and a bad day,” Crows coach Matthew Clarke said.

Harford was also moved to pay tribute to Phillips in particular.

“So for that to happen, I was really sad.

“She’s an amazing player. I’m still not sure there’s not two or three of her out there at one time, she seems to be everywhere a lot.”

Phillips was given three standing ovations from the crowd.

The first ovation came when Phillips was stretchered off. The second when, on crutches, she walked around the boundary line.

And the third came when she accepted the medal as the grand final’s best player.

Adelaide says both Phillips and Scheer will have scans this week.

“We suspect both girls have suffered ACL tears, but we won’t know for sure until they get scans during the week,” said the Crows’ general manager of football administration, Phil Harper.

“It’s a bittersweet feeling really: we’re ecstatic that we won but devastated for both Erin and Chloe.”