Adelaide this morning swapped their 2019 fourth-round draft selection for the Gold Coast Suns’ pick 68 in this year’s draft – earlier received from North Melbourne for out-of-favour midfielder Aaron Hall –  which was then on-traded to Richmond for the goalsneak.

Stengle, who turns 20 this week, was initially drafted from Woodville West Torrens with pick 6 in the 2017 Rookie Draft.

He played two games last year for Richmond, kicking two goals on debut in Round 15 against Port Adelaide.

But they could be outgunned by the Power, currently armed with two top-10 picks in a draft brimming with local talent.

Crows list manager Justin Reid said Stengle “adds a bit of speed and goal sense and complements what our other forwards already offer”.

While the Crows traded picks with Gold Coast, former Adelaide assistant and Power midfield star Josh Francou today signed on with the Suns as the club’s Head of Development & Integration.

The move comes despite Francou initially declaring he was leaving the Crows, where he was reported to be unhappy after just a year of a three-year contract, to return to teaching.

Adelaide captain Taylor Walker told Triple M in August it was “incorrect” Francou was Gold Coast-bound, saying: “He has just decided that coaching isn’t for him any more, I’m told he’s going back to teaching … that is the reason he’s not honouring his three years.”

The long-speculated move will reunite him with head coach Stuart Dew – the pair played together at Port and worked together as assistant coaches at the Swans. 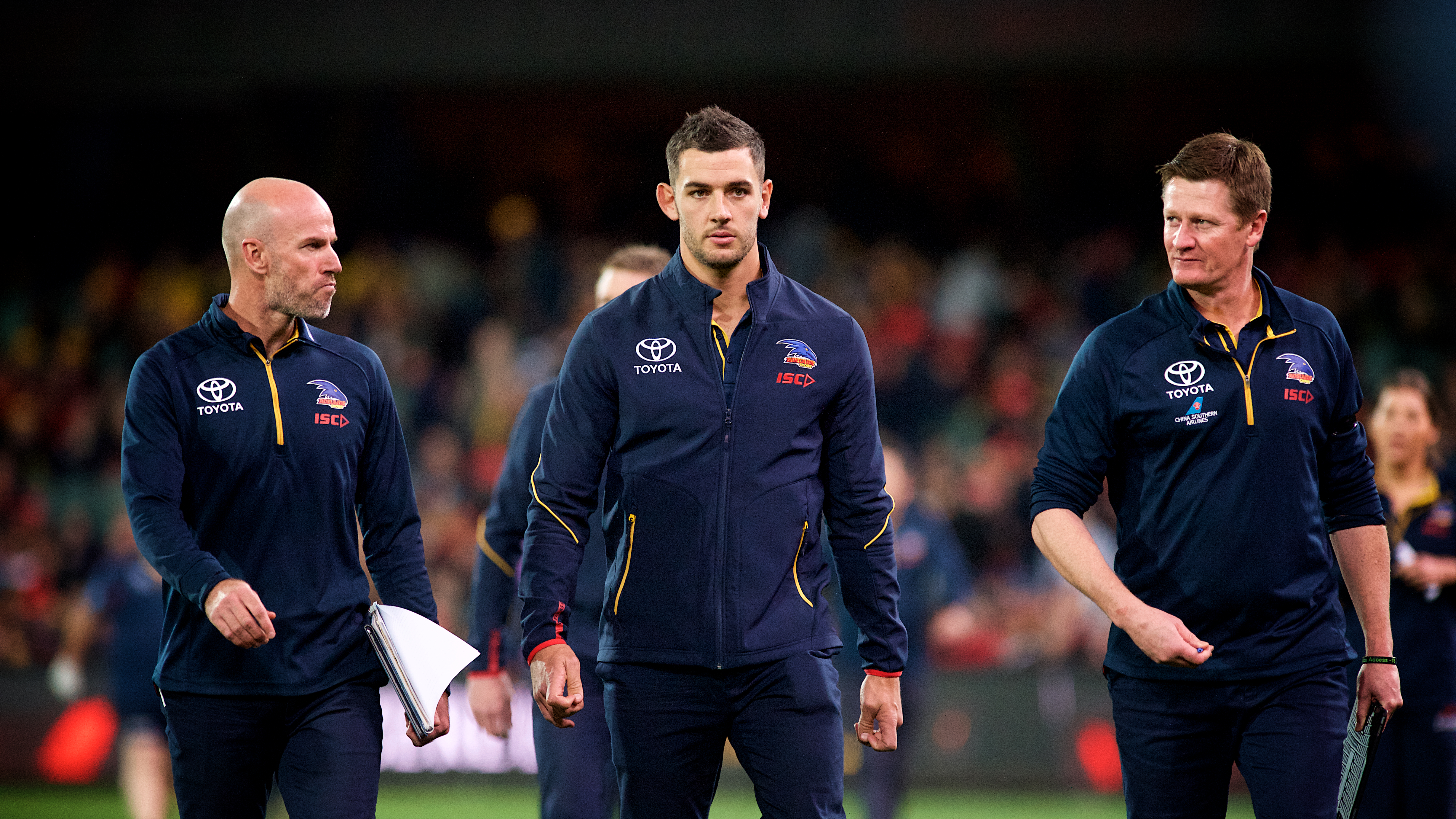 Gold Coast’s General Manager of Football Operations Jon Haines said Francou was “highly regarded across the AFL industry both for his playing career and coaching background”.

“He brings to the club an extensive coaching CV and his teaching background will be a great asset in the development of our playing group, along with supporting the integration of all aspects of the learning experience from Academy to the senior AFL program,” he said in a statement.

Francou’s former fellow Crows assistant coach Tate Kaesler has already signed on with the Suns for 2019.