The Henley High classmates headline a national draft brimming with local talent, with the Power and Crows jockeying for pole position in a bid to snare a young SA gun.

With Carlton expected to call the name of Victorian midfielder Sam Walsh with its prized number one draft pick, the SA clubs are nervously watching Gold Coast, with the Suns holding picks two and three.

Port last week traded a strong draft hand (picks 11, 23, 30 and 49) to Fremantle to move up the draft order to pick 6 – which as it stands gives it first call of the SA clubs, with the Crows holding picks 8 and 13.

But both the versatile Lukosius and speedster Rankine are expected to be snapped up in the top five, with the Suns every chance to draft one or both of them.

Power list manager Jason Cripps today warned the club would likely attempt to poach the highly-rated pair should they be Gold Coast-bound after the November 22 draft night.

“If Lukosius and Rankine end up going to Gold Coast… we’re probably pretty happy to try to get them back in a few years’ time,” Cripps told the NAB TradeRadio podcast this morning.

And he conceded such an outcome would see a fierce trade war between the rival SA clubs.

“It’s interesting because then it just becomes a two-horse race between us and the Crows, as opposed to a Victorian kid that wants to come back home – who has potentially got 10 options,” he said.

“That’s part of the discussion and strategy, but right at the minute we’re really comfortable with pick six.” 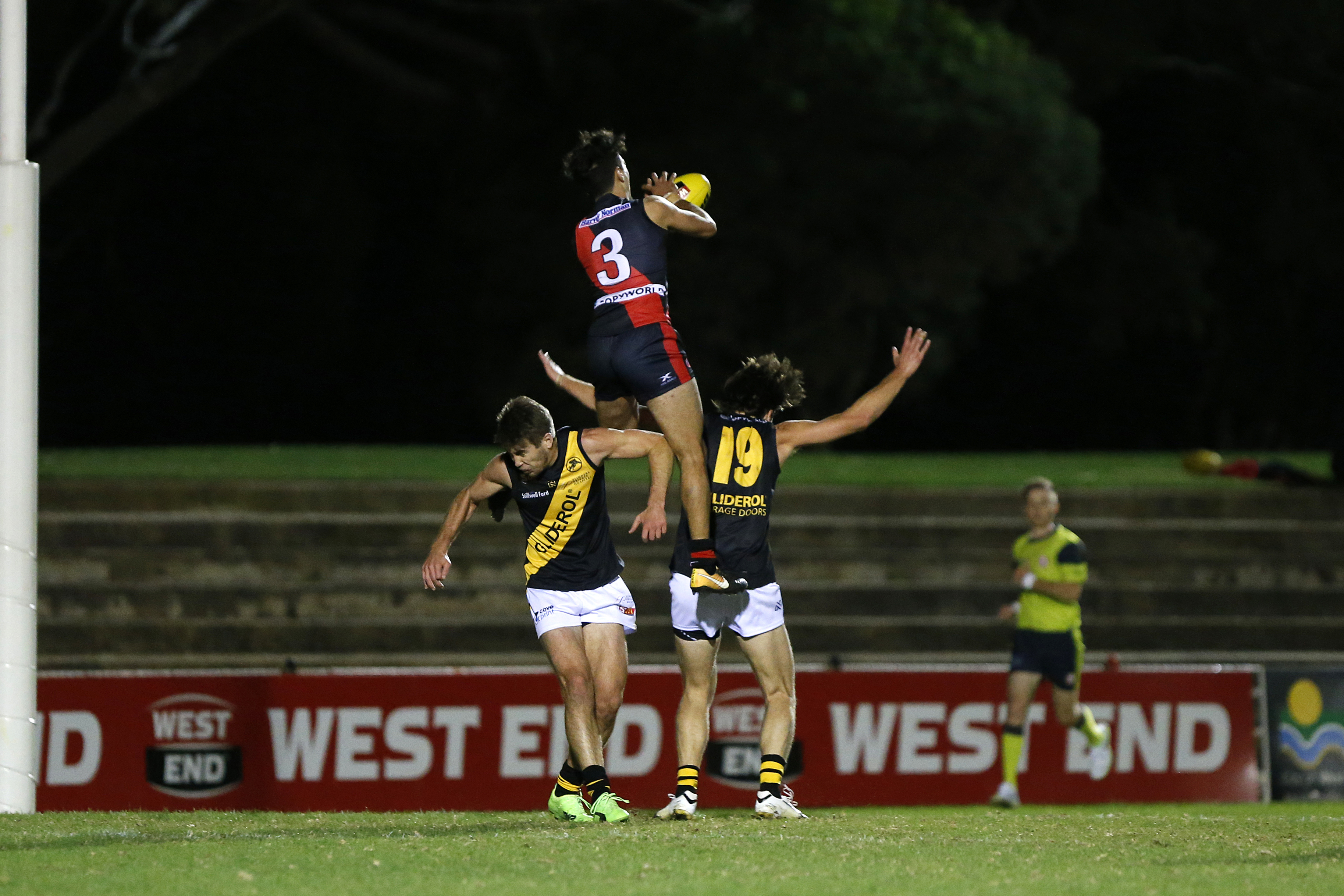 Gold Coast has struggled with player retention since its inception, losing a host of stars including Gary Ablett (Geelong), Jaeger O’Meara (Hawthorn), Dion Prestia (Richmond) and Harley Bennell (Fremantle). It has already lost one of its co-captains this trade period, with forward Tom Lynch walking to Richmond as a free agent, and the other, defender Steven May, expected to depart to a Victorian club before the trade window closes.

Cripps said Port would “back ourselves in” to pick – and retain – a Victorian player in the strong national draft.

“We’ve traditionally been really strong with retention, especially with Victorian guys,” he said.

Port’s captain Travis Boak hails from Victoria, as does his prospective replacement Ollie Wines, who signed a new long-term deal this year.

But, ironically, Port is losing key home-grown stars this trade period, with Chad Wingard looking to move to Hawthorn after winger Jared Polec – who grew up barracking for the Power – already ensconced at North Melbourne.

“We’ve actually got a little bit of a challenge at the moment… we’re losing some South Australians in Jared Polec and Chad Wingard, which is a little bit unique,” Cripps conceded.

The Wingard deal is likely to proceed, with Port expected to get another former South Australian junior – 2017 Rising Star runner-up Ryan Burton – back in the trade.

“Obviously Hawthorn have pushed out Ryan Burton, who’s currently [on holiday] in Las Vegas,” Cripps said, joking that Port’s medical staff had jockeyed for the assignment of flying out to test him today.

“Our medical staff are flying first-class to Vegas to do a medical with a guy who’s probably sitting in the pool having a couple of Coronas as we speak,” he laughed.

“We’re actually going to send the [travel] bill to Hawthorn.”

But he insisted “it was 100 per cent Hawthorn” who first raised the young defender’s name in trade talks. 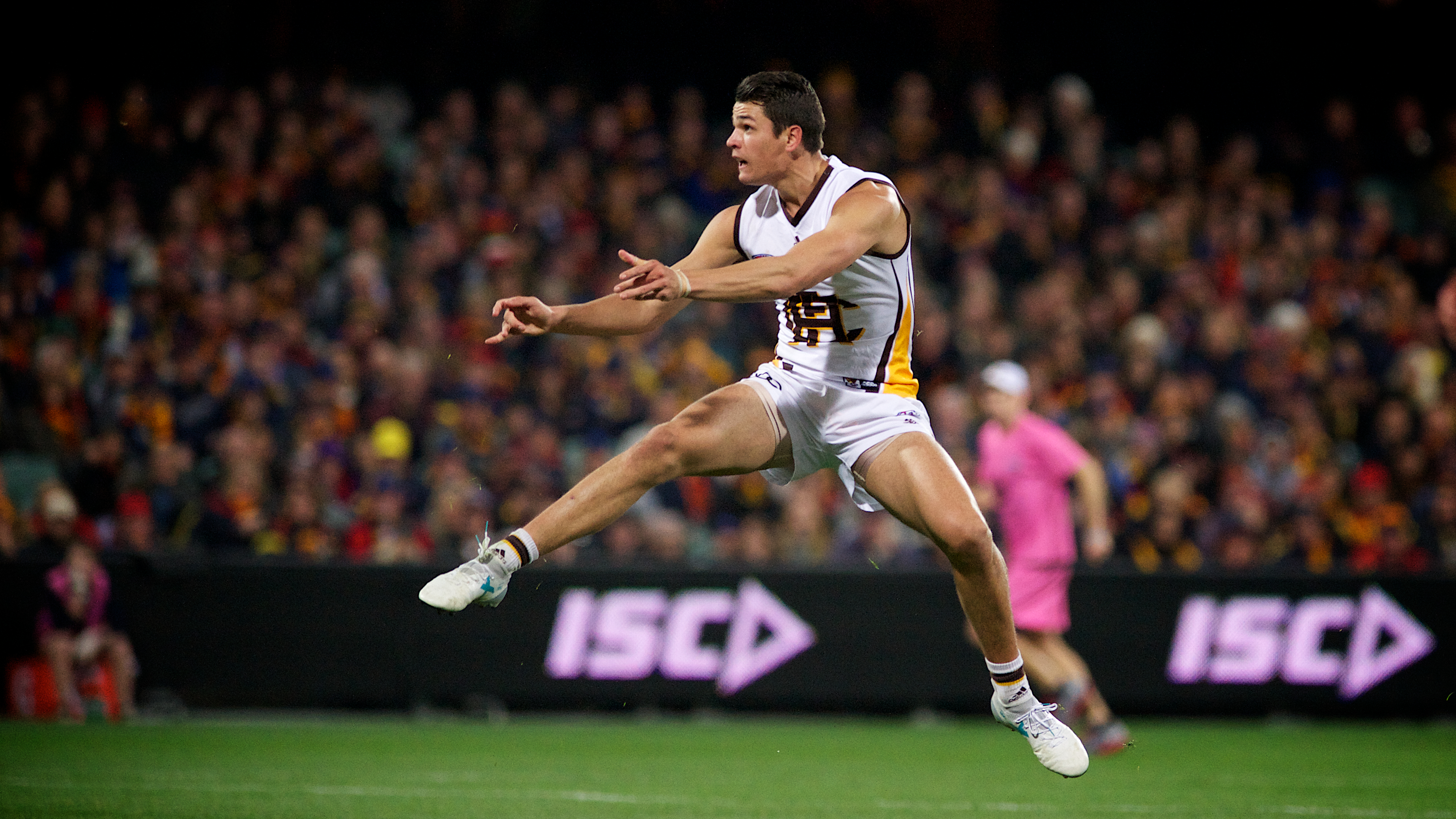 Ryan Burton is undergoing a medical with Port staff today in the US. Photo: Michael Errey / InDaily

“Chad’s requested to be traded – we obviously have to work through whether Ryan Burton is a part of that,” he said.

He hinted the club expected Wingard to depart via free agency in any case when his current contract expired.

“You’ve then got to weigh up in terms of what that compensation may look like in 12 months’ time as opposed to now.”

The Crows haven’t given up following Port’s lead in trading their way to a higher draft pick, with Adelaide boasting picks 8, 13, 16 and 21 and new rules allowing for live trading of picks right up until draft night.

“Obviously there’s a fair bit to play out [but] we can trade picks up to 16 November and then live trading on draft night,” he told TradeRadio.

Carlton list manager Stephen Silvagni suggested the Blues would be willing to part with pick one for the right price, reiterating it was “not off the table”.

“Obviously it would have to be a super deal for something to happen there, and it’s more unlikely than likely that we trade that pick,” he said.

“But with trading going pretty much all the way up to draft night, you never know what’s going to come across the table.”