In a remarkable rags-to-riches story, North, coached by ex-Port Adelaide AFL player Josh Carr, have risen from finishing bottom last year to win the premiership with a 19.10 (124) to 15.15 (105) triumph on Sunday.

North’s spot in the grand final was only confirmed by the SANFL tribunal last Tuesday night after the club fielded an extra player for a period in their preliminary final victory over Woodville-West Torrens.

Carr admitted the extra-man mistake but his club was permitted to play in the grand final against red-hot favourites Norwood.

As the old saying goes, cheats never prosper… or do they 🤔

SA Football Commission chairman John Olsen told a pre-game lunch yesterday that North’s entire season “shouldn’t be defined by by three minutes and 39 seconds” – the period of time the extra man was on the field.

But he also noted that the Eagles’ season shouldn’t be defined by it either, noting that Woodville West-Torrens – which is seeking financial compensation from the league – was one of the best-performed clubs of the modern era and had not missed a finals series under current coach Michael Godden.

Before 40,355 spectators at Adelaide Oval, the biggest grand final crowd for 20 years, North captured its first premiership in 27 years.

Errant kicking by the Redlegs – and straight kicking by the Roosters – kept the margin tight at quarter time. Indeed, North held a five-point lead at every change – the margin by which it controversially defeated the Eagles the previous week – before, with eerie symbolism, skipping away in the last to win by 19.

North had the edge over Norwood all day. Photo: Michael Errey/InDaily

But they prevailed despite a standout display from Norwood’s Mitch Grigg, who played 20 AFL games for the Adelaide Crows before being delisted at the end of the 2016 season.

Grigg, who has won consecutive Magarey medals as the SANFL’s best-and-fairest player, kicked six goals and collected 31 disposals to enhance his claims for a return to AFL ranks.

The 25-year-old became the first player in a losing team to win the Jack Oatey medal for best afield in the grand final. Seven of the eight judges for the medal rated Grigg best on ground. 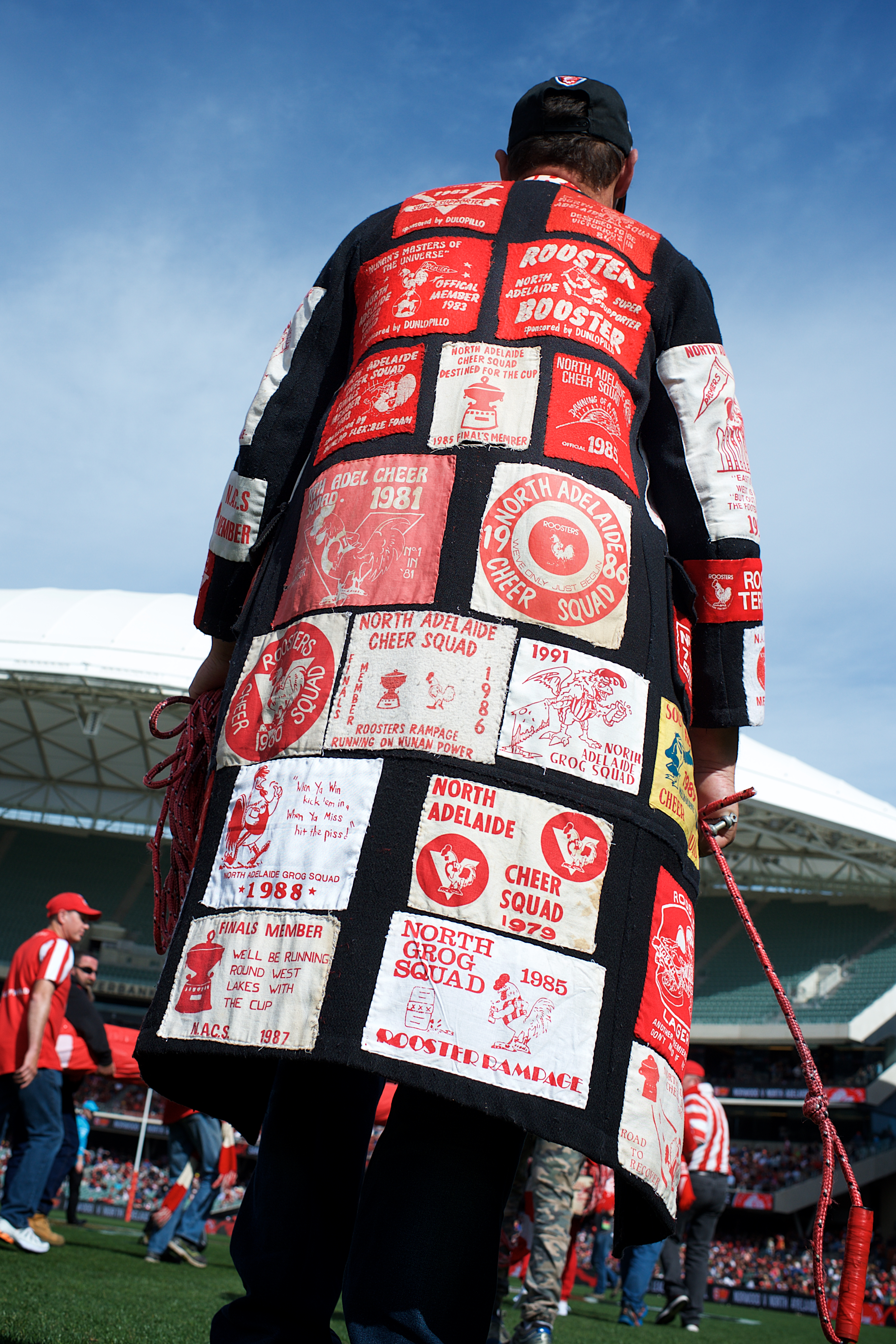 More than 40,000 fans turned out on Sunday. Photo: Michael Errey/InDaily 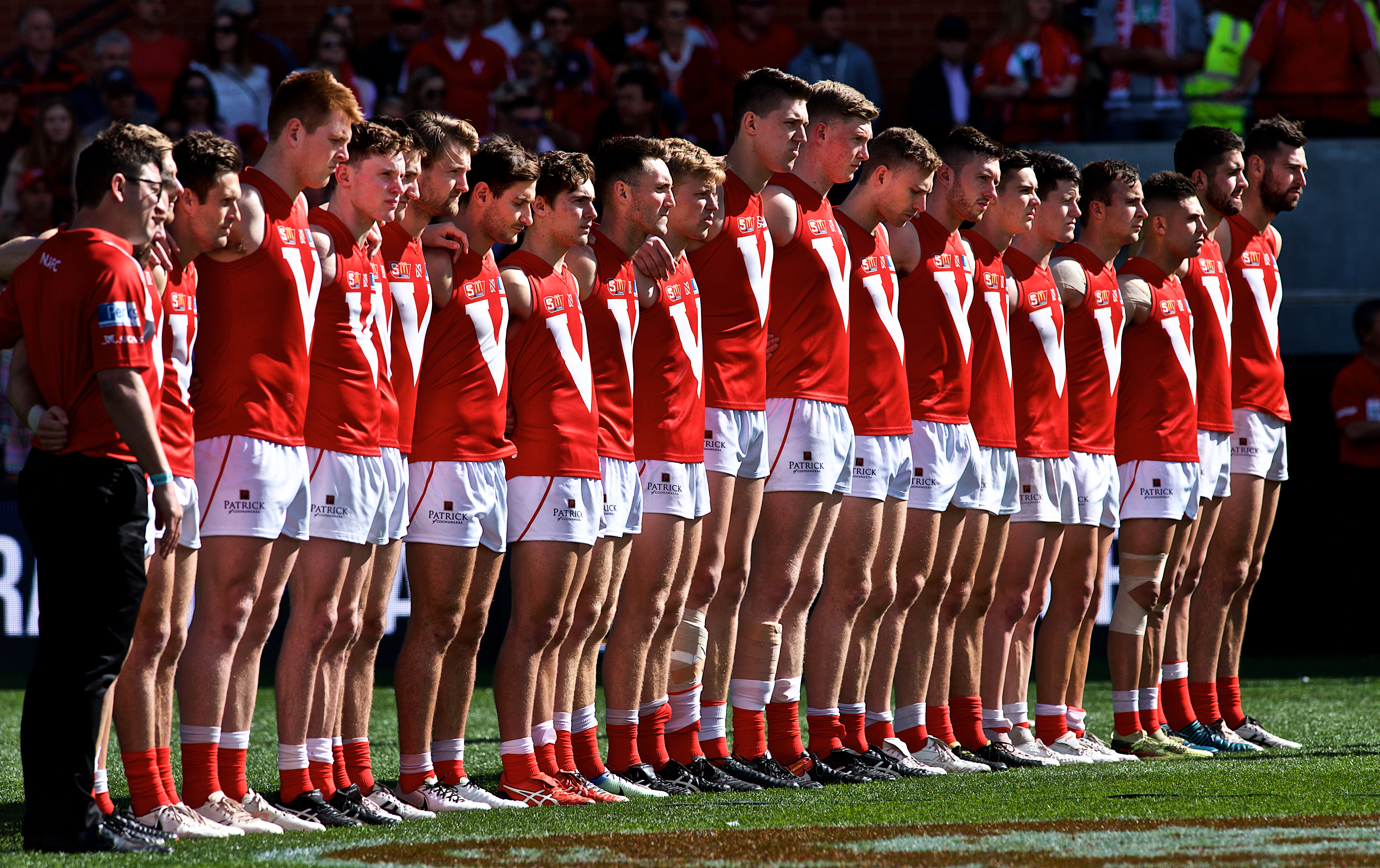 Despite a week of controversy, North Adelaide players were focused from the beginning of the game. Photo: Michael Errey/InDaily

In a good day for both Roosters fans and SANFL history buffs, North Adelaide became the first team since South Adelaide in 1964 to rise from wooden spooners to premiers in the space of one season.

North also became only the second team to win the premiership from fifth place – emulating their opponent Norwood’s historic victory in 1984 over arch-rivals Port Adelaide.

North had an even spread of contributors across its midfield, and its forward line was too much for Norwood to handle. Big forwards Alex Barns and Mitch Harvey always looked to have the size advantage over their opponents, hitting the scoreboard and opening up options for North’s fleet of smaller sharpshooters.

A possibly underdone Norwood had too few contributors beyond Grigg and lightning-quick Anthony Wilson.