North Adelaide will line up against Norwood in the SANFL decider on Sunday, after retired judge Michael David QC determined the Roosters’ five-point win over Woodville West Torrens would stand – instead, slapping the victors with a $10,000 fine and docking them four premiership points from next year’s season.

The result was called into question after it was found North Adelaide played for three and a half minutes from the start of the final quarter with 19 men on the field – in the midst of a stirring comeback that saw them recover from a 47-point third-term deficit to pinch the narrow win.

David found that North Adelaide was “grossly negligent”, with “unsatisfactory and confusing” explanations for the oversight – but determined it was “not deliberate”.

“It is almost impossible having looked at [the video] on a number of occasions to say whether that extra man affected the scoring and therefore the results,” he said in his findings after a closed hearing and deliberations that lasted around five hours last night.

The episode – which has divided football fans both in SA and across the country – is set to see the game’s rules and regulations revisited, with SANFL CEO Jake Parkinson conceding “the modern game has moved so far from when the laws of the game were drafted”.

Parkinson said the league had “reached out this morning” to the AFL’s General Counsel and General Manager of Game Development Andrew Dillon, “just to understand how things went”.

“We’ll co-operate with the AFL,” he said.

“They’re obviously the custodians of the laws of the game.”

The laws in question stipulate that the captain or acting captain of the opposing team must call on the umpire to conduct a head count if they suspect the other team of fielding an extra player. This would then invite a free kick, 50 metre penalty and the docking of the offending team’s entire score to that point of the game.

It’s understood North argued that the head count was not sought by Eagles’ co-captains, Patrick Giuffreda and Luke Thompson, during the game, while the Eagles argued that the game’s result should be overturned.

There was no discretion for the tribunal to alter the score of the game, by annulling the eight points scored during the period in question – only to overturn the result.

David took a dim view of the head count rule, his finding calling it “a very anachronistic law that really doesn’t apply today and has been overtaken by technology, because there is no doubt that there were 19 men on the field and that a count would not be necessary”.

A rematch would seem to be the most superficially appropriate penalty, but I have no power to do so

It’s understood the range of penalties available under SANFL regulations were censure, a fine, a loss of premiership points – either retrospectively or prospectively – or a reversal of the result.

But David said in his view “a rematch would seem to be the most superficially appropriate penalty, but I have no power to do so and would have of course caused potential prejudice to the Norwood Football Club, who are waiting to play the grand final”.

Asked whether the league would amend its regulations to allow tribunals to schedule a re-match in exceptional circumstances, Parkinson was equivocal, saying: “Ideally what we’ll be doing is ensuring a team would put 19 players on the field in the future.”

“We’ll go through a review process when we have something as significant as this,” he said.

“The power to replay a game, that’s not written anywhere in the regulations.”

Parkinson said the question of precedence was a key consideration of the tribunal, noting “I think the decision was made with an interest in what precedent it would set”.

He said the question of a rematch “wasn’t discussed” by SANFL authorities beforehand.

“What was discussed was ‘let’s ensure that due process is followed and the rules of the game are upheld,” he said.

Parkinson would not be drawn on whether he thought the infraction determined the outcome of the game, saying “it’s all hypothetical”.

“That’s the difficult part of what we’re dealing with – the outcome… I think it’s impossible to work out,” he said.

“I don’t think we can sit there and decide based on three minutes and 39 seconds of any football game that that determined the outcome of the game.”

He noted that when North got 22 points up in the dying minutes “that then changes their structures”, at which point the Eagles kicked three late goals to draw within a kick.

“So would that have happened… who knows?” Parkinson said.

“That’s why the rules and regulations are so important.”

It was a point with which North coach Josh Carr concurred today.

“In the last five minutes of the game I put players behind the ball and tried to shut the game down [so] who knows? We could have kicked more goals… there’s a number of factors you have to look at,” he said. 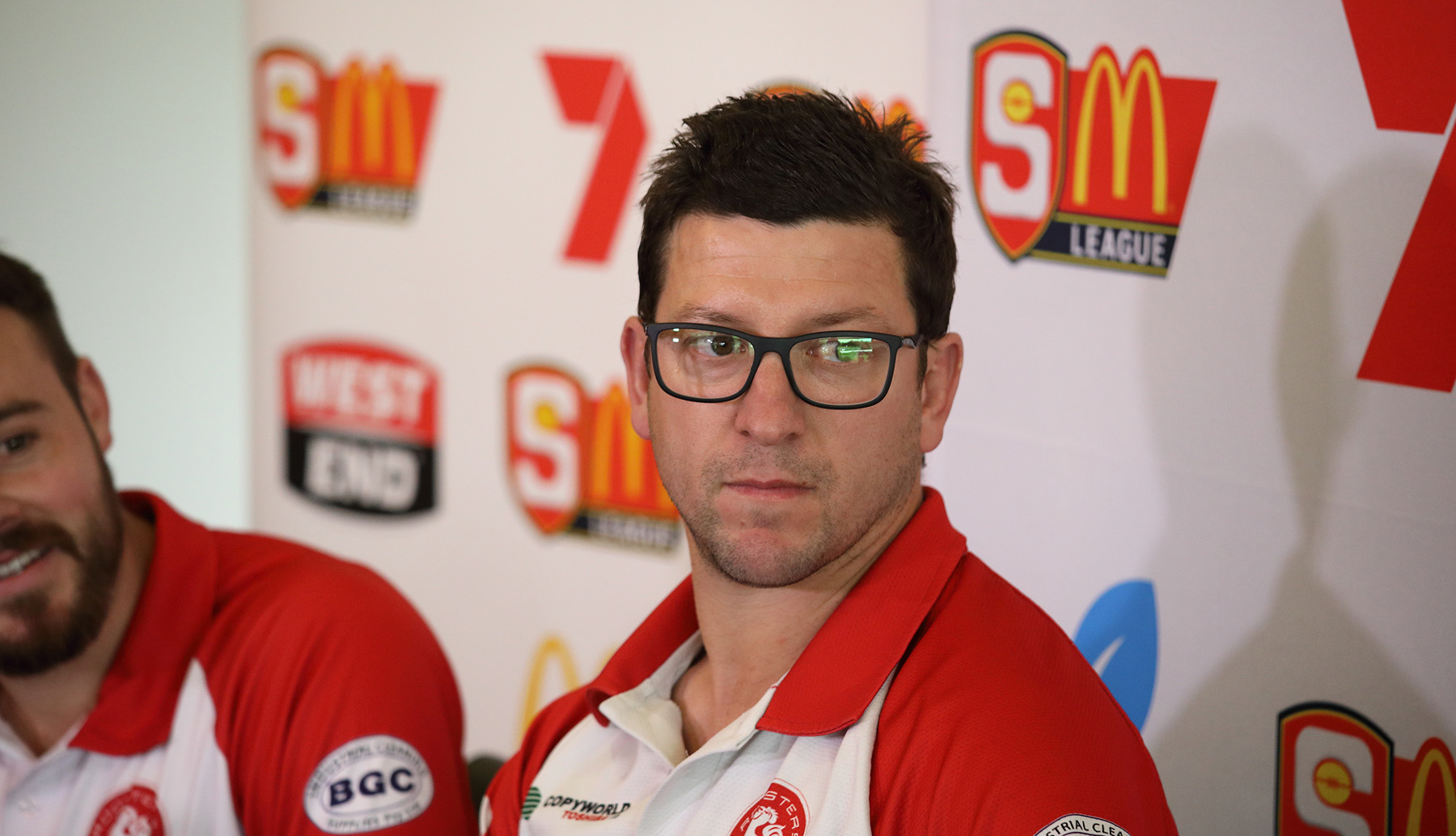 Carr, who was coaching from the boundary line at the time of the infraction, said “obviously there was a lot going on at the same time”.

“As soon as it was realised, we acted on it,” he said.

“When it happened, we dealt with it… we moved on – we now play in a Grand Final.”

But despite his club avoiding the harshest punishment, Carr believes there is a need to change the rules surrounding players on the field – including the penalty of stripping game points.

“The consequence, to lose all your points, is too much… if it’s an accident, I think the penalty is too harsh,” he said.

Carr said he was “rapt” to be coaching in the SANFL decider but concedes it could “definitely have all been the other way, and I would have copped that on the chin”.

“You go with it – I know that’s easy for me to say, being on the winning end of the decision,” he said.

“For the Eagles sitting there now, I’m sure they’d be disappointed… but at the same time I’m sure they’re looking at the game saying ‘we shouldn’t have let that lead slip’.”

Eagles CEO Luke Powell agreed the rules governing the incident need an overhaul, telling ABC Radio Adelaide “if there’s any positives out if this event, that will be one of them”.

“I think the AFL will probably look at the rules as well – it’s an archaic rule that probably hasn’t evolved with technology,” he said.

But, he added, “the decision’s been made and all we can do is move on and prepare for next season”.

The club has no recourse to appeal but could seek financial compensation from the league, with Powell saying: “Over the next 24 hours we’ll look at things in that avenue and see what we can do there.”

He said the players, who trained yesterday in the hope that their Grand Final dream was still alive, “have had their season taken away from them [and] they’ll take a few days to get over it”.

Parkinson said David had been “bound by the regulations and the laws of the game” and had to make a finding.

Asked whether the incident was akin to an umpiring error that could not be overturned after the event, he said: “To some extent.”

“There are times a holding the ball decision might have had an impact on a game… but you can’t take one situation and implant it on another and say its exactly the same,” he said. 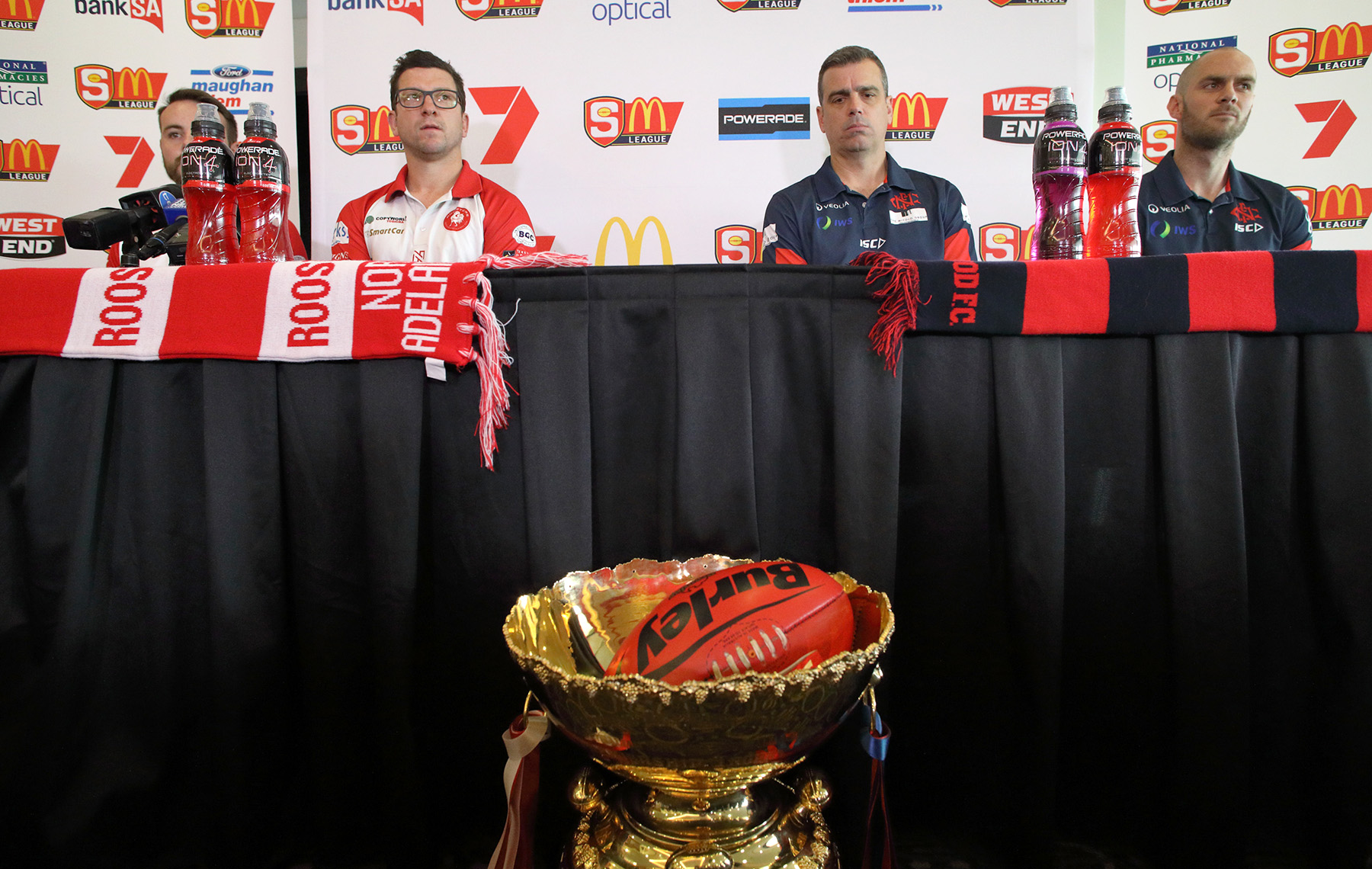 Carr joined Redlegs coach Jarrod Cotton at a pre-Grand Final press conference today. The Norwood mentor said he had not expected the preliminary final result would be overturned.

“Overall I thought North Adelaide deserved to win and should be playing in a Grand Final,” he said.

“From my point of view I was prepared to play North Adelaide.”