The Roosters appeared down and out early in the third quarter when Woodville West Torrens got out to an imposing 47-point lead, but kicked a string of four unanswered goals to close to within 20 points at the final change, before running over the top of the Eagles in the last.

The Eagles rallied, kicking three late goals to close within five points before the siren snuffed out their late charge.

But it later emerged North had 19 players on the field from the start of the final term – for a period understood to be three minutes and thirty-nine seconds.

They kicked a goal and two behinds in that time. 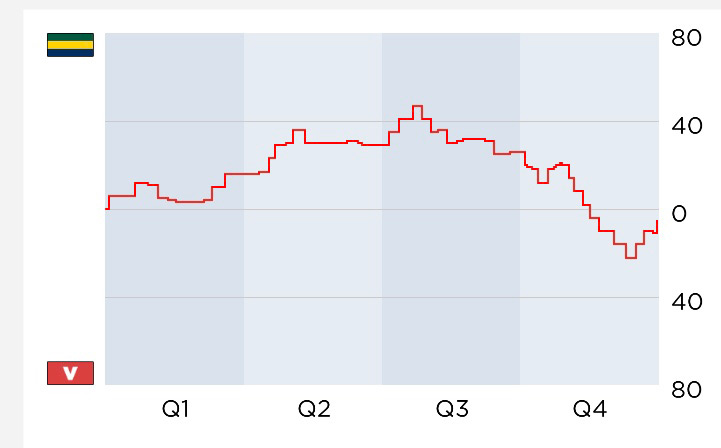 The game’s scoring graph, via SANFL.

The SANFL says the issue has been referred to the SA Football Commission, the league’s governing body, which will meet this afternoon “to be briefed on the matter before deciding on the next step in the process… to reach an outcome”.

InDaily understands the commission is awaiting advice from a QC, which will be considered at the meeting, but that the matter is likely to be determined by a formal review, which could take the form of an appeals commission before a retired judge or a tribunal hearing.

That will likely be held tonight, with insiders adamant the matter must be “cauterised” as quickly as possible.

The most likely scenario remains that the result will stand – but with North likely to face a hefty fine for its transgression.

But the Roosters being docked the eight points they scored during the three and a half minute period still remains a potential sanction, which would see their victory overturned.

Woodville West Torrens today wrote to supporters, telling them “the club is disappointed at the result of yesterday’s Preliminary Final against North Adelaide”.

“During the first four minutes of the final quarter the coaching staff became aware of the fact that North Adelaide had 19 players on the field. Several on ground officials were immediately advised of the discrepancy,” it said.

“As a result of this the Club, in consultation with our lawyers, have agreed to write to the SANFL citing law 5.1 of the Laws of the Game.

“This correspondence with SANFL is to be lodged by midday today. The Club is waiting for a response regarding the breach.”

The laws of the game stipulate that no more than 18 players can take the field for each side. However, the section cited also stipulates that the opposing captain must call for a head count at the time of the infraction, which could see the transgressing team docked its entire score to that point of the game. 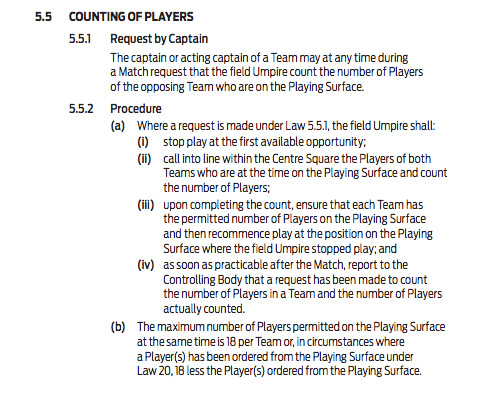 The issue has exploded on social media, with several Eagles players making their views known – although a number of posts have since been taken down, including a Facebook rant by WWT ruckman Seb Guilhaus, who railed against ‘19th man cheating’ and the game’s umpiring.

“There are lawyers looking at the fine print as we speak,” he said.

19 men on the field, interchange stewards and 4th umpire made aware of this at the time, yet do nothing about it… @sanfl @Mark_Soda @kanecornes @RoweyandBicks @7NewsAdelaide

North CEO Greg Edwards took to Twitter himself, to claim he had “had enough”.

Wow, I've had enough….Instead of Eagles players and some media calling us cheats for a 3 minute interchange accident, shouldn't they ask themselves how we kicked 12 goals in row (7 after this incident) in a prelim….Go Roosters!!

The Eagles’ new CEO, Luke Powell, told ABC Radio Adelaide “there’s obviously been an honest mistake” and he had no problem with Edwards’ post.

“That’s fine. North Adelaide Footy Club’s played a great game… our footy club’s not going to take that away from them – they deserve the plaudits they’re getting for a remarkable comeback and our players have to live with that,” he said.

“At no point is our football club calling North Adelaide Football Club cheats.” 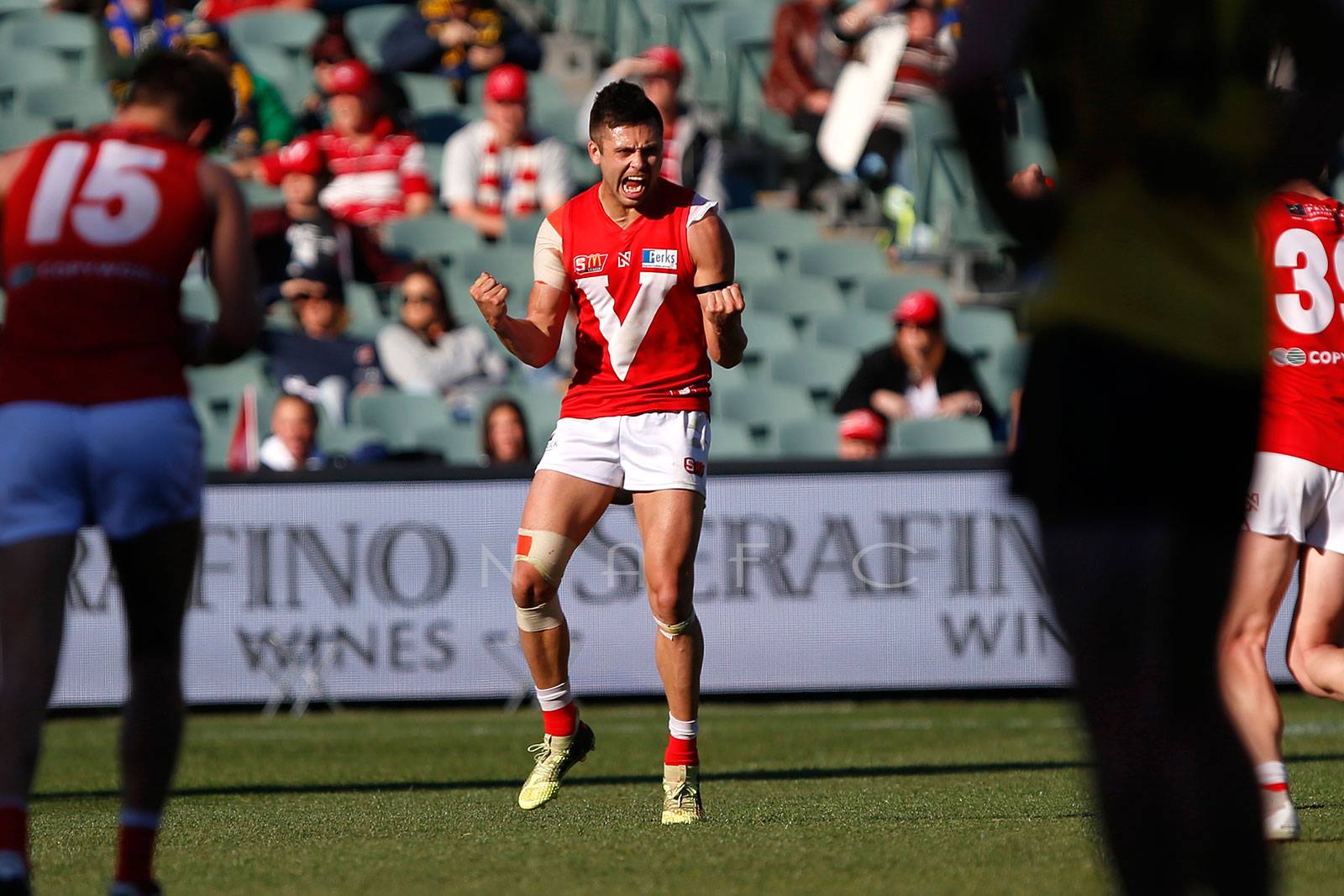 He said Guilhaus had been instructed to take down his Facebook update.

“Social media can sometimes cause a lot of trouble and it wasn’t great from that particular player – he was advised to take that post down, and I think he has,” he said.

Powell said WWT players were sent home early last night and told “there’ll be no end of season celebrations until we hear a result”.

“All we’ve told them is best prepare as if you’re playing a game next week until further notice,” he said.

The winner of the preliminary final will face Norwood in next weekend’s SANFL decider.