Walker will speak to McGovern to find out why he wants to break his contract with the Crows – he signed a three-year contract extension at the end of last season.

“I don’t know … and that is something that I would like to find out,” Walker told Triple M radio today.

“It’s disappointing that we lose a quality player and a quality fella.

“I do take it personally but I have learnt in my 11 years (in the AFL system) that it’s just the caper we’re in.”

McGovern has been linked with a move to Carlton but Walker described that prospect as “innuendo”.

“A deal still needs to be done,” Walker said.

“I’m sure he has his preferred club that he’d like to go to but in the end it’s a decision that the club and his management need to come to an agreement.”

But Walker said the Crows had also kept or lured players such as Rory Sloane, Tom Lynch, Sam Jacobs and Eddie Betts.

“I understand that Adelaide or South Australia in general, it’s hard to get people here,” he said.

“We have got a lot of pretty good people committing to our footy club and staying.”

Francou joined the Crows for this season after a stint as a Sydney assistant coach but also won’t fulfil his contract.

“He has just decided that coaching isn’t for him any more, I’m told he’s going back to teaching … that is the reason he’s not honouring his three years,” Walker said.

But Kaesler was joining the coaching staff of Gold Coast as an assistant, he said.

Polec met with Port hierarchy on Tuesday but the 25-year-old didn’t announce his intentions.

“He has got offers from other clubs,” Davies told reporters today.

“I think the longer that this goes, the more likely he is to be leaving.

“But he has also been absolutely categoric in saying that he loves the club, he wants to stay.

Other clubs are reportedly circling dual All Australian Wingard, who falls off-contract at the end of the 2019 season.

“We’re planning for Chad to be here, he’s contracted for another year,” Davies said.

“There has been no discussions otherwise.” 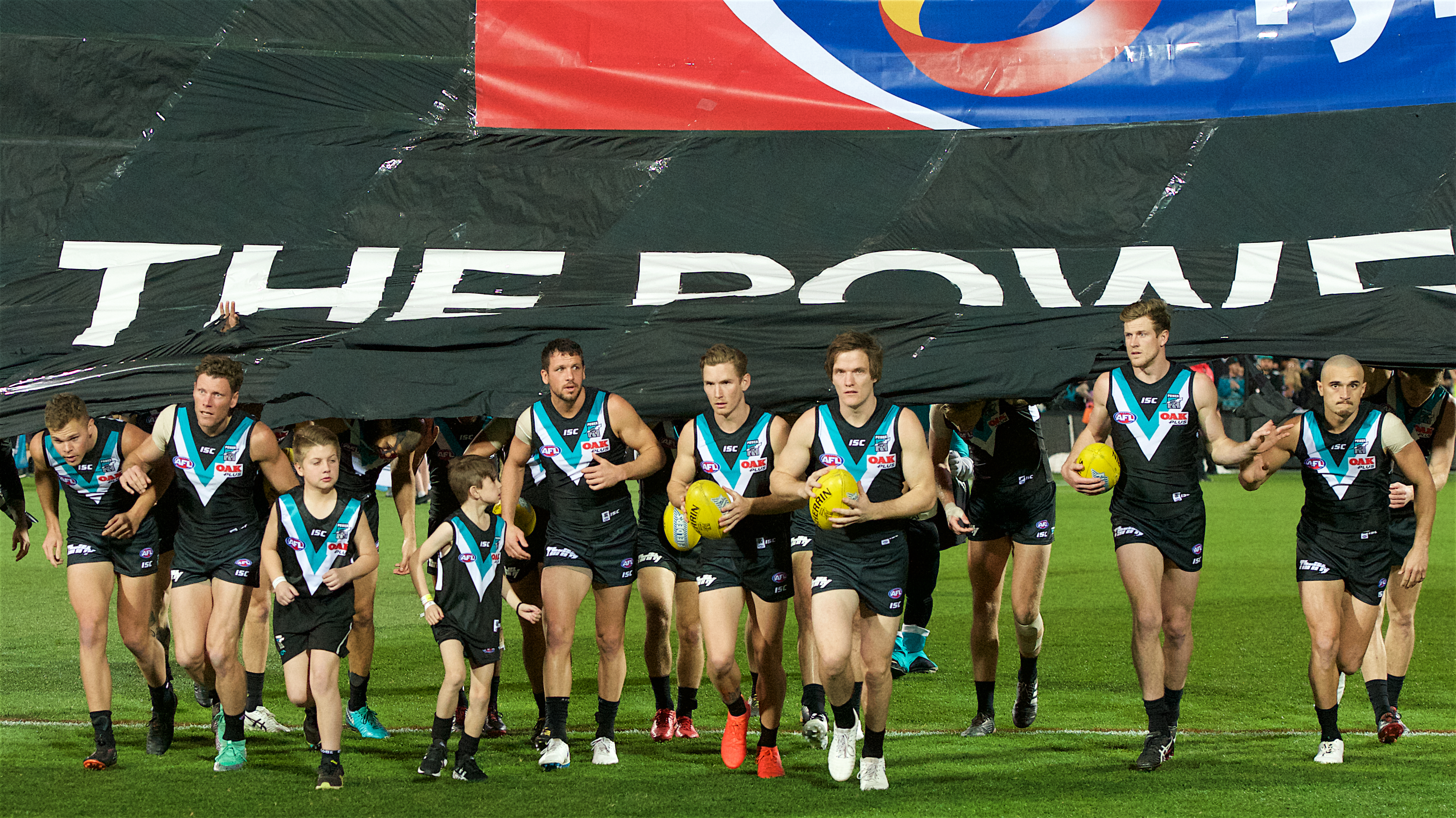 Jared Polec leads the Port team through the banner before the match against Essendon last Friday. Photo: Michael Errey/InDaily

Port are rumoured to be trying to lure ruckman Scott Lycett from West Coast but Davies wouldn’t comment on trade targets.

“Right now it’s not good for me to get into specific names but we’re going to look to improve our list and that is an overall philosophy,” he said.

Davies said meetings with Wingard and other players focused on why Port slipped from a win-loss record of 11-4 to finish the season 12-10 and miss the finals.

“We’re going through that not just with Chad right now but our whole group in saying ‘how can we be better at different moments during the season’,” he said.

“In the big moments we weren’t able to step up. We thought we positioned ourselves well at 11 and four but when you lose six of your last seven, clearly there is something wrong.

“And maybe that 11-4, there was wallpapering over cracks.

“The situation has to change … our people deserve better than what we have delivered.

“We have got to make some decisions to take this club forward right now, because sitting 10th is not what Port Adelaide does.”