Collective Mind co-directors Amon Woulfe and Derek Leddie fronted the media at the MCG in Melbourne today, after the Crows’ season ended on Saturday night against Carlton, insisting the feedback they received from both club and players at the time of the Gold Coast camp was overwhelmingly positive.

“If there was anything that happened on the camp that was not ok, the club would have addressed it straight away,” Woulfe said.

However, he added, “we now know that some parts of the camp didn’t resonate with some players”.

Issues surrounding the camp have dogged Adelaide all season, with the club parting ways with Collective Mind in June. Just this month, midfielder Richard Douglas called the camp “a bit of a disaster” in an interview on FIVEaa.

But Woulfe insisted “if half of what has been said and speculated about was true, we would have been fired in an instant”. 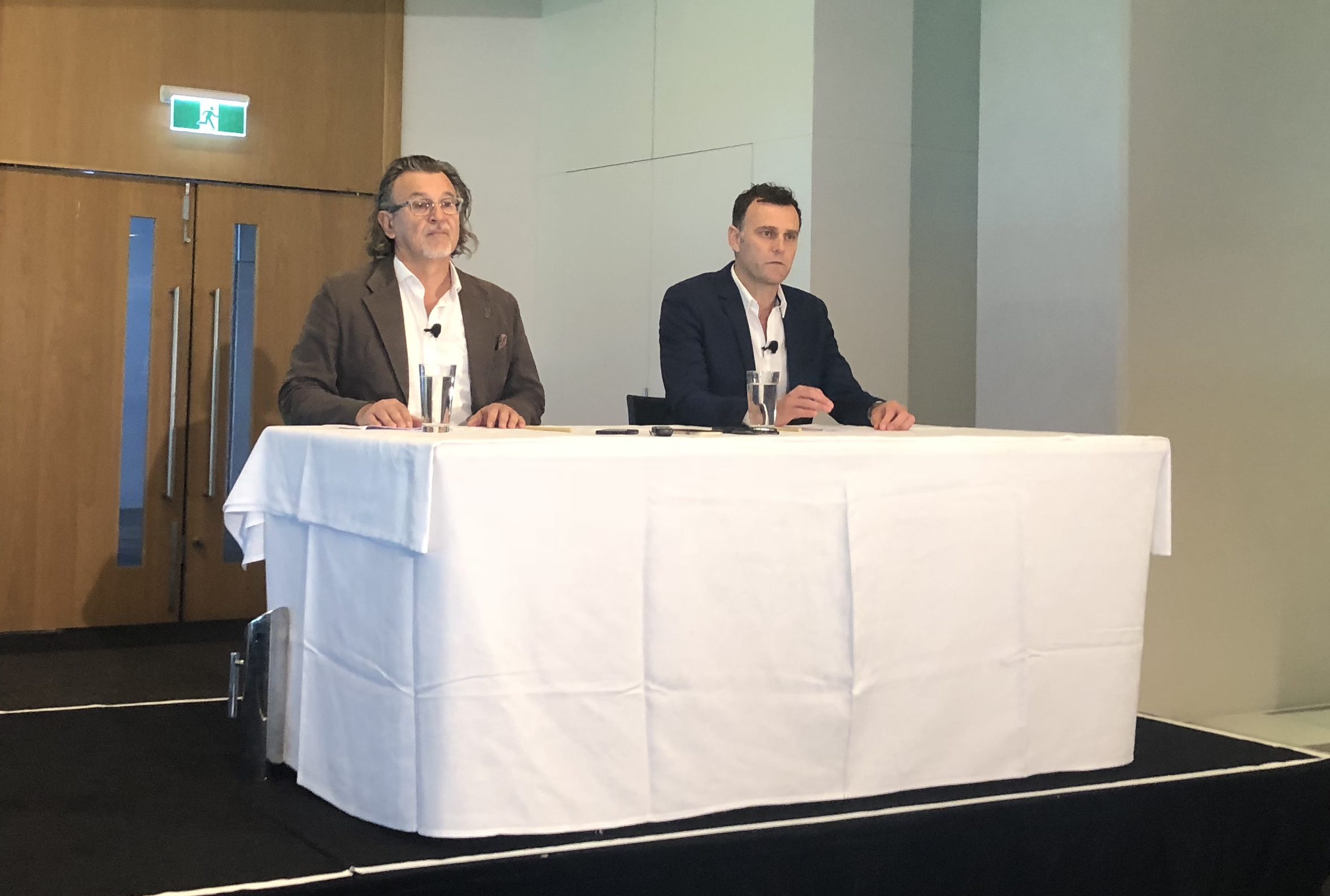 That reported speculation has included that the theme song from Richmond Football Club – which beat the Crows in last year’s Grand Final – was played to attendees repeatedly, that players were blindfolded and taken to a secret location and that indigenous players were particularly aggrieved over a perceived lack of cultural sensitivity.

Woulfe insisted “extensive effort” was put into “ensuring the camp was culturally-honouring and inclusive for indigenous players in the team”, with a local Bundjalung elder onsite for the first 24 hours and the use of a traditional ‘talking stick’ in all sharing circles “as another way of honouring the traditional indigenous connection to country”.

“The talking stick was used in dialogue sessions and came from the same country as one of the players,” Woulfe said.

“The player was unsure whether this was an appropriate use or not, as it was originally a ‘digging stick’… However, we understand this was satisfactorily clarified by the player, with indigenous elders, within 72 hours of the camp ending.”

Woulfe categorically denied the Richmond theme song was played “on loop” – or at all.

“There was a comedy routine in which a comedian sang a few bars. That’s it,” he said.

“I was on the bus myself… the theme song was absolutely not played.”

When Crows coach Don Pyke and football manager spoke about the camp in June, Pyke said the song had been played but “not repeatedly”.

Burton then said it was more “funny” because “there was a guy that was singing the Richmond song”.

Woulfe said blindfolds were used “for the short trip from the hotel to the camp… to create an element of surprise about their destination, and to start focusing their minds on being present for the camp”.

However, Leddie – who became involved with Collective Mind in September last year after parting ways with his former business partner Samantha Graham – said there had been subsequent negative feedback that some players found the camp “boring, unusual and different”.

“We took that on board and accepted that,” he said, acknowledging that “players are used to more physical camp”.

“They’re used to pushing themselves physically… this was not about the body whatsoever, this was about the heart and about the mind,” Leddie said.

“Some players felt that in itself was an unusual experience. They’d never had it in their life before.”

The directors said some felt the program was “too dialogue-based” – but insisted the group conversation was only ever focused on performance.

“There was nothing about ‘breaking people down’ – it’s about sharing, talking about what’s going on in your performance – it was always based on performance,” Woulfe said.

“All sharing was voluntary, and categorically did not cover some of the more salacious claims that have been reported.”

He said the camp methodology was “not new”.

At the club’s request, it was built around “authenticity, resilience and connection”.

They say that rather than Adelaide parting ways with Collective Mind, it was the mind training company that instigated the split.

“We made the decision… we expected this to disappear after one or two weeks, and it didn’t – it kept going and going,” said Leddie.

“We initiated the conversation with the Crows [because] we’ve become a distraction… we could no longer do our role.

“We were never dumped by the Crows, or anything like that… we initiated the conversation – the Crows agreed to that.”

Woulfe said the ongoing furore had been “challenging for both organisations” but insisted: “I think we did a really, really good job.”

“I think we did a great job on the camp.”

Adelaide’s much-critiqued “power stance” – a prelude to each finals game last season – was also linked to Collective Mind, but Woulfe said the initiative was the responsibility of captain Taylor Walker.

“We train the players in how to [project] presence, and we did that training substantially last year,” he said.

“From that training the captain made the decision to take that on to the field.”

Woulfe said it was a matter for the Crows “to decide what went wrong this year”.

“All I can say is that we were one part of a very large program,” he said.

“We stand by the fact we made the decision to end the agreement… we take ownership of that decision – we don’t feel like we’ve be hard done by.”

He also denied the ongoing controversy had negatively impacted the company, insisting “our business is really strong”.

“The corporate side of our business continues to grow well,” he said.