It will be a busy night at the AFL tribunal, with Thomas and Hawthorn defender James Sicily referred directly for their respective incidents.

Thomas – who will face the Tribunal via video link from Adelaide – has been sanctioned twice from the weekend’s game – along with the Cats captain, he also faces a one-game ban, both for striking each other.

After a call-up for his first game in the Port Adelaide guernsey since crossing from North Melbourne, Thomas was sent to the tribunal for rough conduct after his bump on Joel Selwood’s brother Scott, an incident that former Cats captain Cameron Ling called a “dog act”.

The rough conduct incident sparked the angry scenes that saw the Geelong captain and Thomas charged for striking.

Selwood won’t a further week’s suspension by challenging the ban, but the club would be forced to pay $10,000 if the appeal is unsuccessful.

Cats coach Chris Scott said he was shocked by the charge.

Scott played alongside twin brother Brad at Brisbane, and said he doubted he would have been restrained as the Cats captain.

“I am proud of him – I played with my brother as well and if I saw that, I’m not sure I would have been as controlled,” Scott told Fox Footy.

“He (Joel) honestly believes he didn’t make any contact all – he grabbed his jumper and he had to remonstrate.

“His blood would have been boiling.” 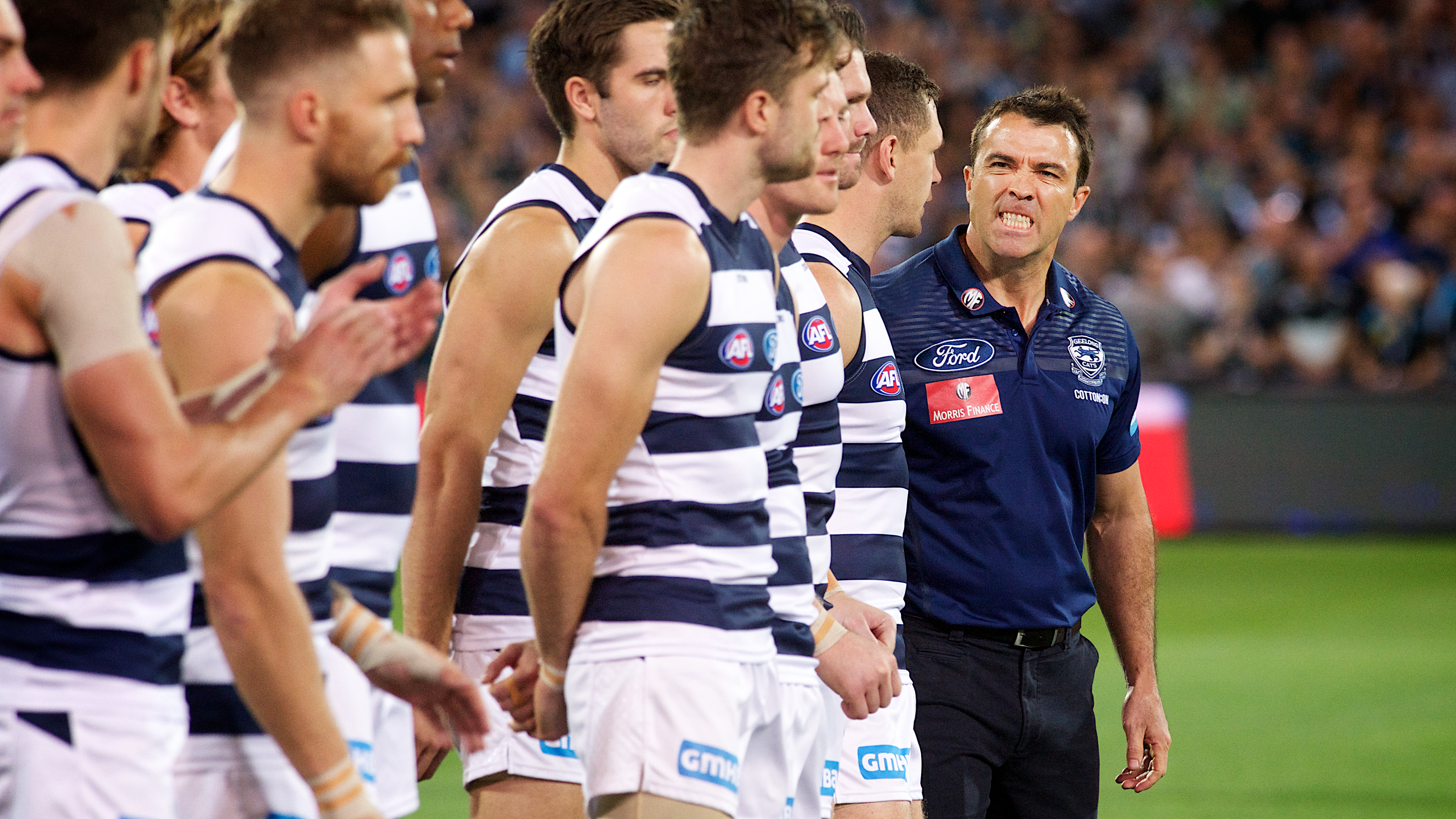 Power assistant Michael Voss yesterday described Thomas’ looming suspension as “a blow”, but added “it probably signified a little bit of our intent on the night”.

“He got an incident wrong… I think there’s a few that have been guilty of that,” he told reporters.

“If he had that contest again, he’d probably approach it slightly different… he got it wrong in this instance.”

Voss described the controversy as a “minor setback” for Thomas’ tenure at Port.

“To see him get his first game, he was so pumped and wanted to do the absolute right thing by the team… and he got one a little bit wrong.”

Along with his one-game striking ban, Joel Selwood was also fined $1000 for attempting to trip Chad Wingard.

Sicily is alleged to have stood on Atley’s leg while he was lying on the ground, with Christian calling the act “absolutely unacceptable”.

In a busy week for the match reviewer, Hawk Brownlow hopeful Tom Mitchell can accept a $1500 fine for elbowing Kangaroos ruckman Todd Goldstein.

If Christian had handed Mitchell a suspension it would have made him ineligible for the league best and fairest unless the Hawks star successfully took the case to the tribunal.

They also accidentally clashed heads and Higgins was concussed as a result.

So help me. I’m confused. Ryan Burton bumps Higgins who ends up in hospital after being knocked clean out. Under AFL rule how is there no suspension.

Christian had a busy Monday: he handed out 12 charges and Geelong star Patrick Dangerfield was fined $2000 for rough conduct on Justin Westhoff.