Collingwood captain Scott Pendlebury has been cleared by X-rays after hurting a finger, while Gold Coast’s Pearce Hanley broke a hand playing for Ireland.

Pendlebury’s finger injury is on the opposite hand to the broken finger which forced him out of the last six rounds of the AFL season.

But the Collingwood captain told reporters in Adelaide today the injury was minor, and “if it was the AFL, I would’ve played out the game and would’ve played the next week”.

The AFL’s website reported he was still keen to play in the Perth decider on Saturday, and defended the hybrid format.

“Any time you can play for Australia and play with the best of the best, it’s a great experience,” he said.

“Being around the group for the next week is going to be awesome still.”

Australian coach Chris Scott admitted the injuries will prompt concern in the AFL landscape over the future of International Rules.

“It does. It’s clearly something that is on our mind and I’m sure it’s on the minds of the Irish as well,” Scott said.

“But if we want this series to work, we have got to continue to push to get the best players out there. 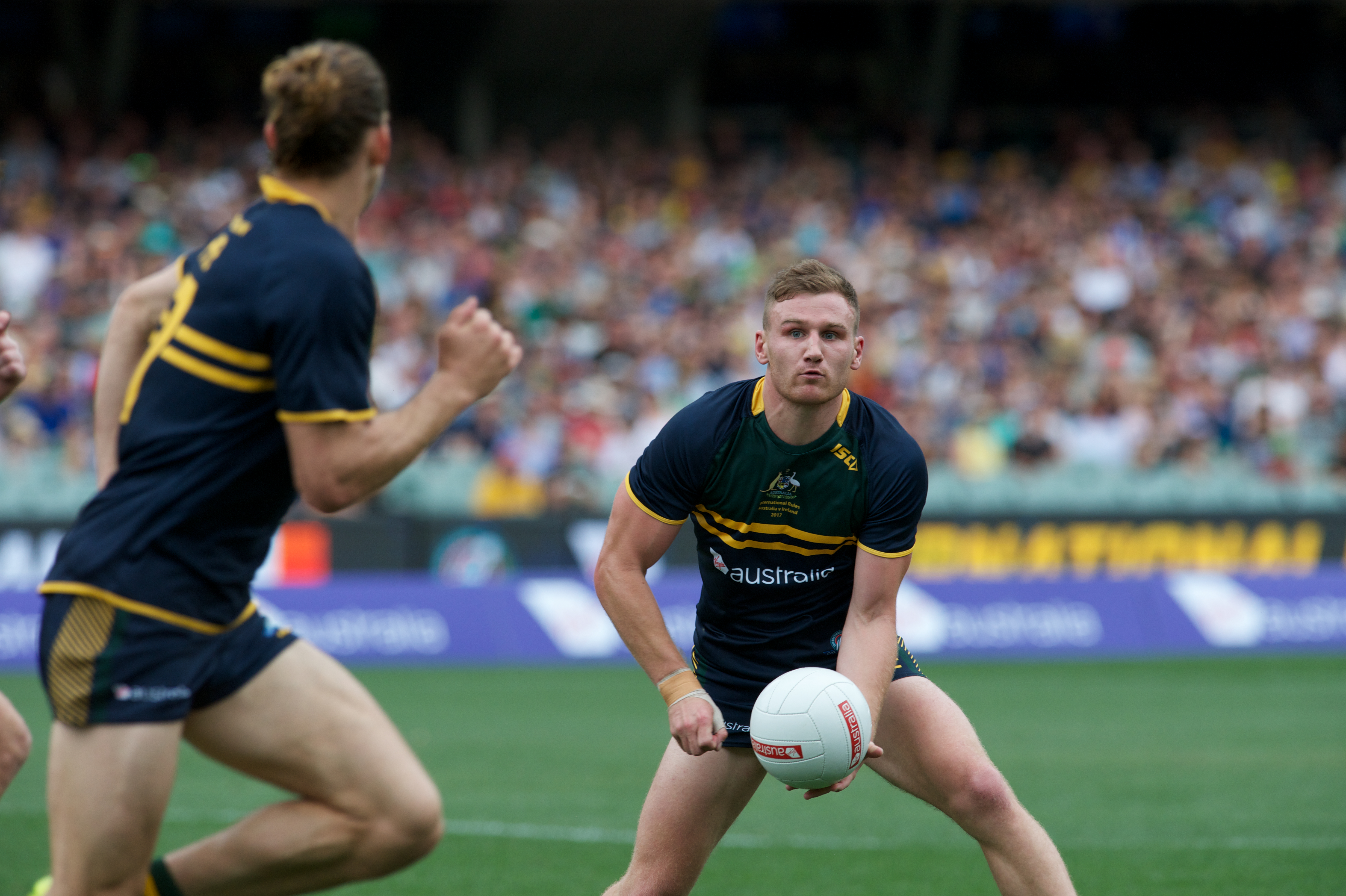 “And to a man – this is my third series now – every player that has been involved has loved the experience.

“There would be a little bit of surprise amongst those who haven’t been part of it as to how passionate our guys are.

Pendlebury is believed to have damaged the top joint of a finger on his left hand.

Hanley has been ruled out of the International Rules series finale in Perth next Saturday and faces a likely delayed start to his AFL preseason. 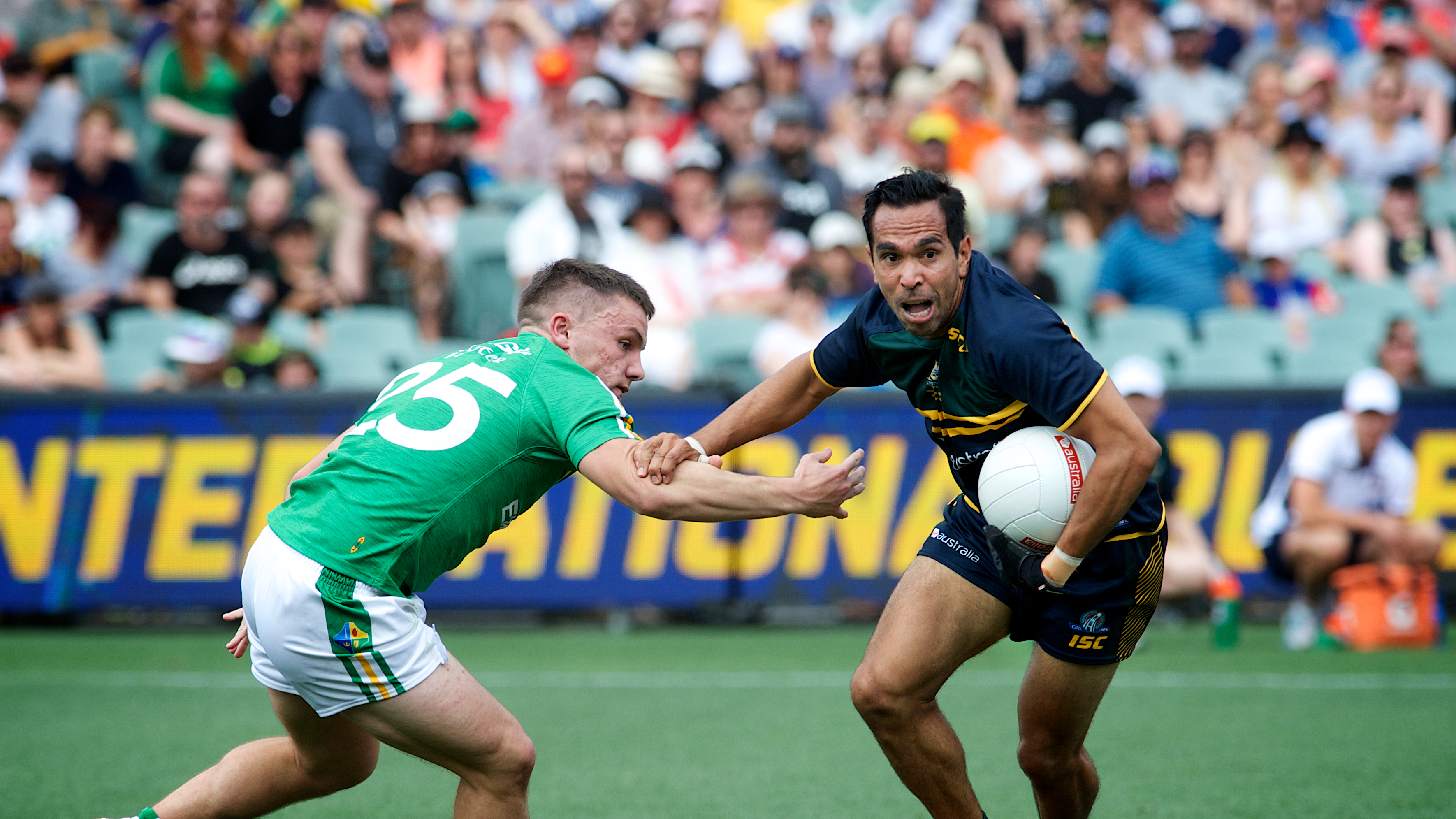 Edie Betts in action with the round ball. Photo: Michael Errey / InDaily

But Ireland coach Joe Kernan said such injuries shouldn’t adversely impact on the future of the hybrid sport.

“I don’t think that is a problem,” Kernan said.

“This is a special series. Injuries do happen.

“We have players go home with injuries too and it won’t stop our players looking to play.” 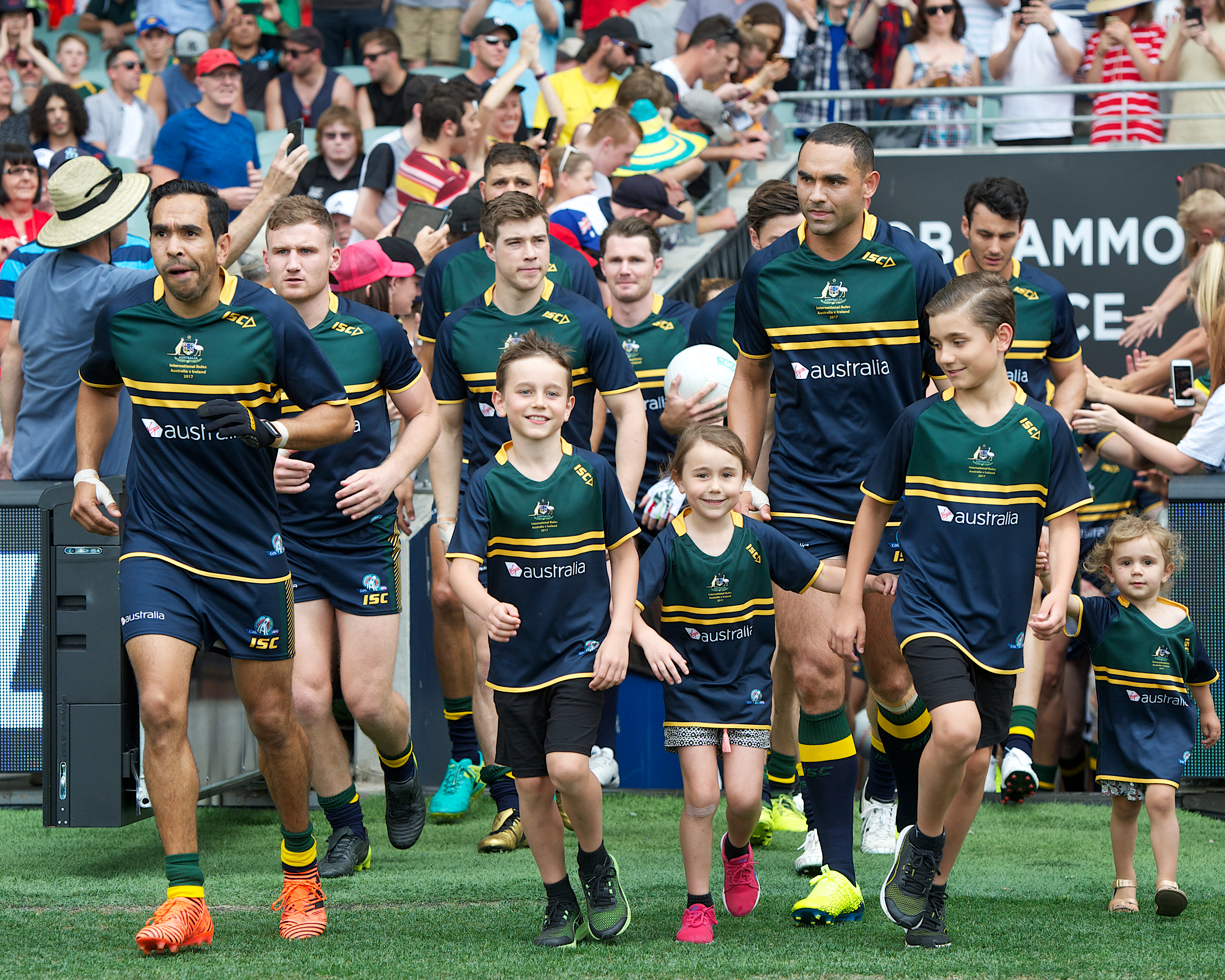 Shaun Burgoyne and his kids lead the players onto the field. Photo: Michael Errey / InDaily

A crowd of 25,502 spectators attended the series opener at Adelaide Oval, watching Nat Fyfe inspire the Australians to victory.

The Fremantle captain kicked a goal and three overs in the 2.13.12 (63) to 1.13.8 (53) win and was instrumental in Australia’s recovery after slipping 10 points down in the second quarter.

“There are always going to be naysayers with whatever you do and this series, it doesn’t attract everyone’s love,” Fyfe said.

“But you have got the best of the AFL players in Australia playing and the best Irish players over here so it’s a pretty high level spectacle.

“Any chance that I can to pull on this (Australian) jumper is pretty important.” 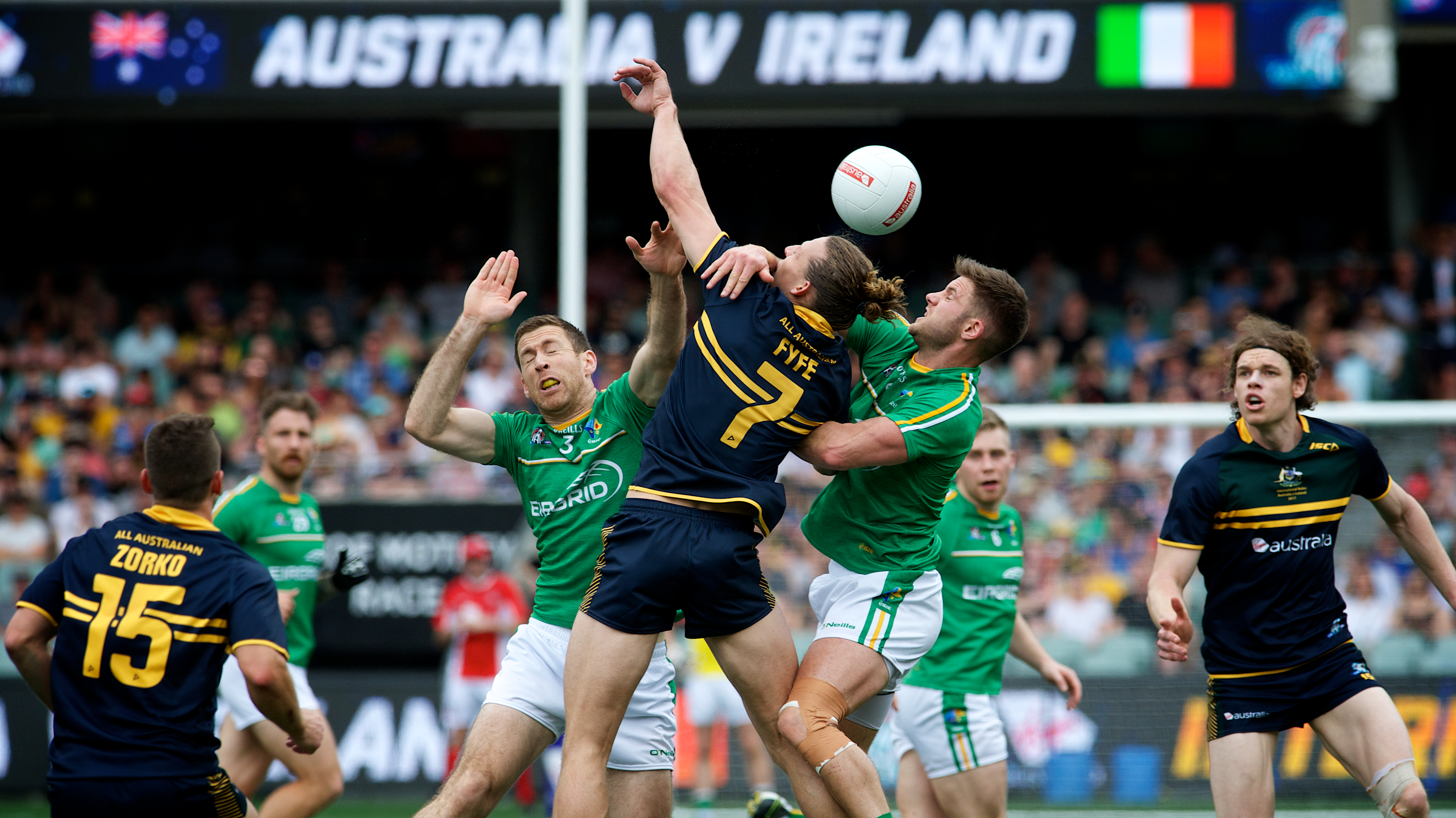 After leading by one point at halftime, Australia blitzed the Irish to create a match-defining 15-point advantage at three quarter-time.

Ireland relied on two prime attacking threats – Michael Murphy and Conor McManus – for the bulk of their scoring.

Ireland staged a fightback of sorts in the last quarter to sneak within seven points before Shuey steadied Australia – he used both hands to tap the ball into the net for a goal.