Adelaide vice-captain Rory Sloane says McGovern’s training performance will likely determine if he plays in the premiership decider against Richmond on Saturday at the MCG.

“(Do) absolutely everything at training and just be confident in it. He is just going to have to prove himself tomorrow,” Sloane told reporters today.

“He has been running at the start of this week and that is as much as we can ask of him at the moment.

“There’s not too much extra treatment that we can probably do… and he has got nothing to lose; he either gets up and plays or he doesn’t.

“We will give him every chance.

“He is feeling pretty good running-wise… but he hasn’t done a main training session yet, so he has got to get through tomorrow.”

Sloane was involved in a crunching collision with Geelong’s Patrick Dangerfield last Friday, which the Crows midfielder said had taken time to recover from.

“It’s like running into a brick wall with Danger, he’s a very strong man so I’m just glad I came away unscathed,” he said.

Sloane said he was never concerned at facing a match review panel charge.

“I wasn’t worried at all really, I only started hearing about it on Sunday morning when a bit of media started talking about,” he said.

“I think they made the right decision with absolutely everyone,” he said.

“Trent was the same, he was going hard at the ball, so I think it was good decisions all round.”

Cotchin will lead the Tigers into their first grand final in 35 years, with the match review panel yesterday ruling he had no case to answer over his clash with Giant star Dylan Shiel midway through the first quarter of their preliminary final battle.

Shiel later failed a concussion test and played no further part in the game after quarter-time, with the Tigers going on to claim a 36-point win.

There was speculation that Shiel’s concussion may have stemmed from a later collision with Tigers defender David Astbury.

But former Richmond assistant and Port Adelaide coach Mark Williams – whose daughter is dating Shiel – said there was no doubt the Cotchin incident was the cause, adding that the Tiger “100 per cent” deserved to be suspended. 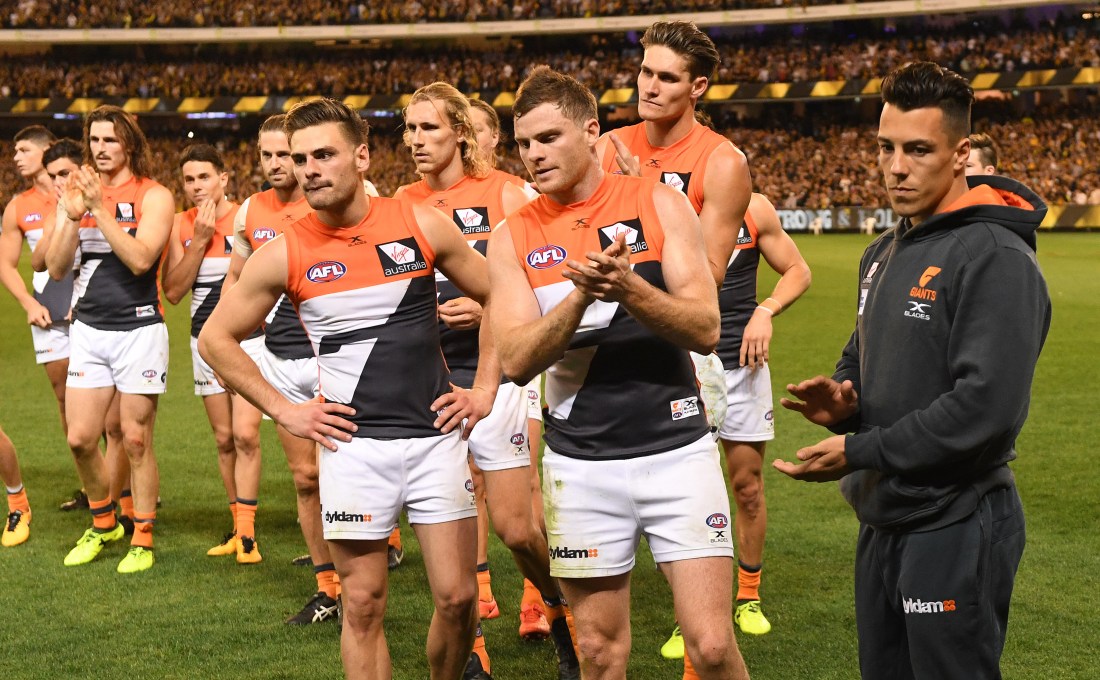 “Did he get concussed? Yes he did.

“Did he get concussed in the first collision with Cotchin? Yes he did.

“He could not see properly after that. There was an opportunity where he goes for a mark and completely misses it.

“I feel for him, he has been completely cheated by the system.”

Cotchin risked becoming the first player to miss an AFL grand final because of a preliminary-final suspension since Collingwood’s Anthony Rocca in 2003.

The 27-year-old was walking a tightrope as he had twice been fined earlier this year for minor indiscretions.

A third charge – even if the contact had been deemed as low – would have triggered a ban.

In explaining the decision not to lay a rough-conduct charge, the MRP said Cotchin was seeking to win the ball and contact was not unreasonable under the circumstances.

“My intention was always going for the footy so I was glad that’s the way they ruled it,” Cotchin said yesterday.

“That’s about all that was in my control.”