“I think what you feel, is you feel like the group is capable… and understand, we still need to bring your best – you can’t second guess yourself.

“That is the space we enter now.”

“We go into it with a high degree of confidence because the previous 22 weeks have earned us top spot, it has earned us a home final,” he said.

“And now it’s about taking that opportunity.”

Pyke said the Crows also gained added confidence from a three-point loss to Sydney in round 22: his game plan, emphasising winning contested ball, stood up against the hard-edged Swans.

“We probably walked away comfortable that the way we want to play and the style of play we have worked on in the last couple of seasons under my leadership will hold up,” he said.

“And that (game) was some positive affirmation for the group.”

But less positive is the fact Adelaide’s premier onballer Rory Sloane – who has of late returned to solid form after enduring a season of close opposition scrutiny – will not play, ruled out of contention late yesterday after last week’s appendix surgery.

Sloane told Triple M radio a high risk of further injury had forced him out of the crucial Adelaide Oval final.

“I would love to be out there with the boys but I won’t be able to, unfortunately,” Sloane said.

“The risk of doing some damage internally is probably a bit high.”

Sloane said he risked hernia problems by returning too soon.

“That is a potential risk; there’s a few risks… that internal strain can go on if I push it too early coming back,” he said.

“I haven’t quite healed as well as I would have liked and probably just haven’t done enough training in the end as well.”

Sloane is replaced in the side by the returning Hugh Greenwood, who was rested for Adelaide’s Round 23 clash with West Coast, while captain Taylor Walker and defender Daniel Talia return from minor injury complaints, with Wayne Milera and Alex Keath making way.

Adelaide expect grieving ruckman Sam Jacobs to be galvanised by the death of his brother when he takes the field tonight. 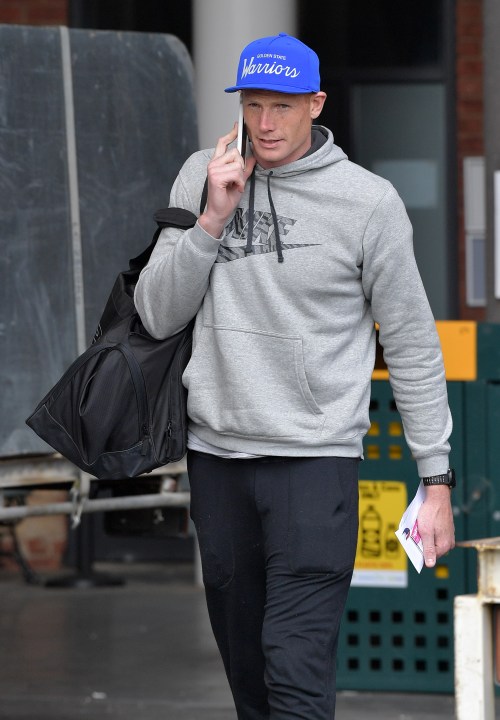 But rather than distract Jacobs ahead of the clash, Pyke predicts the tragedy will inspire his premier ruckman.

“Knowing Sam, it gives him a little extra incentive… and I’m certain that the guys, as they have, will get around him and support him,” Pyke said.

“Speaking to Sam on a fairly regularly basis about how he’s travelling, he’s going to play and is in a really good space to be able to do that.

“It’s a tragic set of events that he’s dealing with and his family.

“But he made a pretty early decision that he was keen to play and he’s worked himself into a mind frame whereby he’s not only ready to play, but perform.”

“Shane… has had some great duels with Sam,” Cameron said.

“We feel as though with our combination of Mumford and Lobb, we are going to have to be at our very best to make sure he doesn’t have a big influence.”