And Collingwood’s incumbent coach Nathan Buckley says Brownlow medallist Brad Hardie should be held to account for the “fabrication”.

Hardie claimed on Perth radio that Lyon approached the Magpies about taking over from Buckley, who is under pressure to keep his job next season.

Lyon, contracted with Fremantle until the end of 2020, says he’s disgusted by Hardie’s comments.

“I am bitterly disappointed that such so called journalism even sees the light of day,” Lyon said in a statement.

“I have contacted Brad Hardie directly and voiced my disgust at his comments.

“They are totally without foundation and not based on fact in any way, shape or form. Such an erroneous and reckless claim should be exposed for what it is – a complete fabrication and a falsehood.” 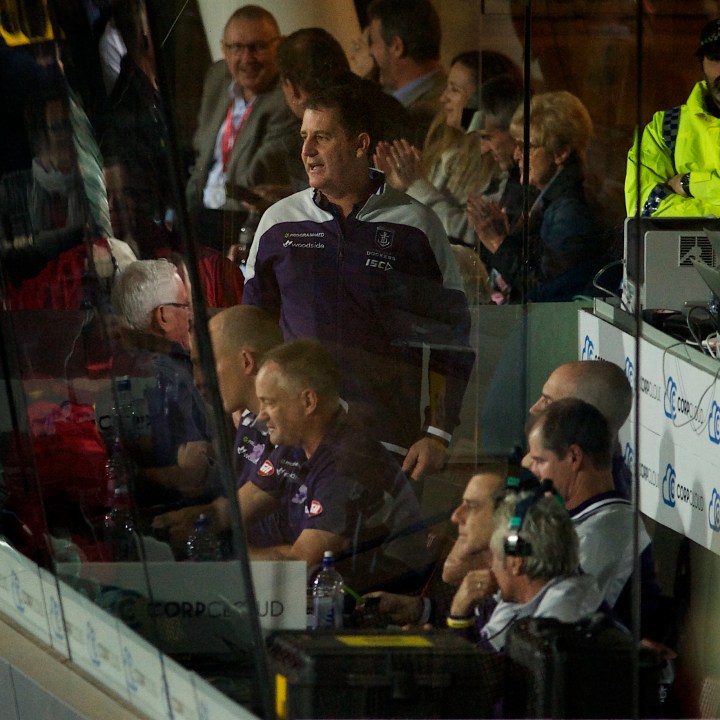 Magpies mentor Buckley said the AFL media needed to have a “good look at yourself and your constituents”.

“The key question is, how can you let someone come up with absolute fabrications who is in your industry?” Buckley told reporters after Collingwood’s loss to Port yesterday.

“I think it’s more a media story than a footy story.

“Was I disappointed in Brad Hardie? I just think it’s the cycle.

“You guys know the ones (reporters) that do the due diligence and do your work and support your supposition with fact.

“And you also know the ones that take leaps of faith – you have got hold those blokes to account.”

Buckley’s Magpies officially bowed out of finals contention with the away defeat to Port.

But Buckley, whose position is being scrutinised by a club-wide review, said ongoing speculation about his future wasn’t a factor in missing the playoffs.

“I have had great support from the playing group and the leadership of the footy club,” he said.

“But I think that we have been able to maintain focus on what we can actually control in the moment… it has been a pretty strong element, particularly the back half of the year.”