The 57-point thumping by Adelaide – the heaviest loss of the Saints’ season – saw them slip to 12th on the ladder with a 5-6 record.

Much was expected of the Saints this season after a patient rebuild under Richardson, with making the finals for the first time since 2011 a widely held expectation.

“There’s a bit of our footy not working and there’s also a bit of just not enough guys in the sort of form we need,” Richardson told Fox Footy’s AFL 360 last night.

“You go through (the team) and there’s just not enough players playing the sort of footy we need them to play for the way that we want to play to work.”

The Saints are part of a logjam of teams fighting to secure a spot in the lower reaches of the top eight in a very even season.

Richardson must help his players rediscover their aggression and spirit in order to climb back up the ladder.

“I reckon what’s crept in a little bit is playing not to lose as opposed to playing to win,” he said.

“Being bold and being aggressive is not about whacking into someone, it’s about leaving your man to go and support your mates as opposed to being conservative and hoping your man doesn’t get the footy. 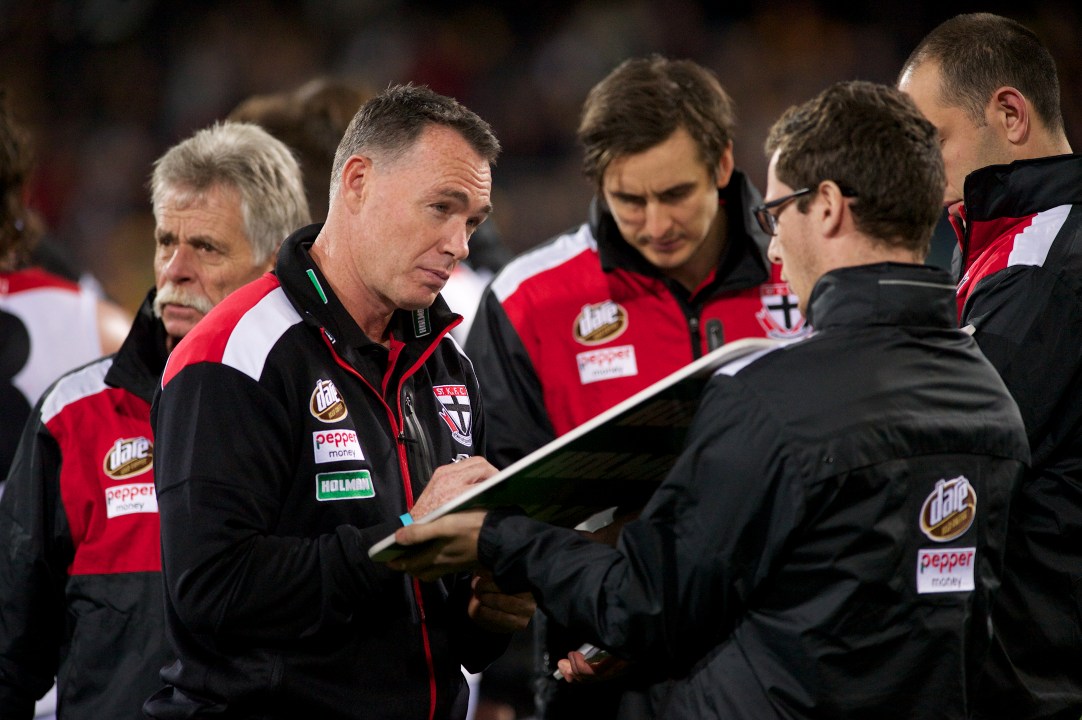 “It’s about forwards being really aggressive in the way that they reset so that we’ve got something to kick to.

“It’s about midfielders being really strong and bold and getting to the next contest to help us outnumber and set up our shape.

“If you don’t do that you’re just playing catch up, you’re playing reactive footy, and it’s our job as coaches to make sure that we get them back on track.”

Richardson said it is “very likely” that star veteran Nick Riewoldt will return from a knee injury when St Kilda take on North Melbourne at Etihad Stadium on Friday night.