The explosive Cats onballer last night polled a record Brownlow haul of 35, outshining retired Collingwood star Dane Swan’s 34 votes in 2011, and scoring votes in 15 games – the most of any player in a single season.

Dangerfield thanked Adelaide for giving him his AFL start and thanked Geelong for helping him improve even further.

“It is a collaborative effort from previously Adelaide and now Geelong.”

He said playing for the club he grew up supporting “has been a recipe for success and a recipe for enjoyment”, but paid tribute to his former Crows friends and teammates.

“To the players that are at the Adelaide table tonight… Tex [Walker, Crows captain] messaged me before the night he said if I didn’t win he was going to strip naked and run around, so I’m glad the big fella’s not doing that tonight,” he said.

Classic Tex #BrownlowMedal
He thinks I nicked a chip pic.twitter.com/VFvHvLKe7R

“I’ve got so many wonderful friends… there’s so many great stories and memories I have of the Adelaide Football Club, and it’s been wonderful to see them play such great footy this year.”

Dangerfield was under intense pressure when he left Adelaide at the end of last season and went to Geelong under free agency.

But his game went to another level and he formed an outstanding midfield combination with Cats captain Joel Selwood, to the point they are now nicknamed Dangerwood.

With all respect to the Brownlow Medal, the most important thing is and always will be team success

But he nonetheless spoke of bitterness, frustration and disappointment that one of the game’s most dominant individual seasons didn’t end with a premiership.

Three nights earlier, Sydney had blown the Cats out of the water at the start of their preliminary final.

“Certainly as the years pass and you don’t experience the success you really crave, when it does all come to a screeching halt, you are bitter and disappointed and frustrated,” Dangerfield said.

“When I was first drafted, I didn’t totally understand it.

“I played finals in my first season and you don’t realise how hard it is to get there – how many opportunities you’ll get in a career.

“With all respect to the Brownlow Medal, the most important thing is and always will be team success.”

It was only halfway through Monday night’s count that Dangerfield was able to set aside his disappointment about the preliminary final loss. 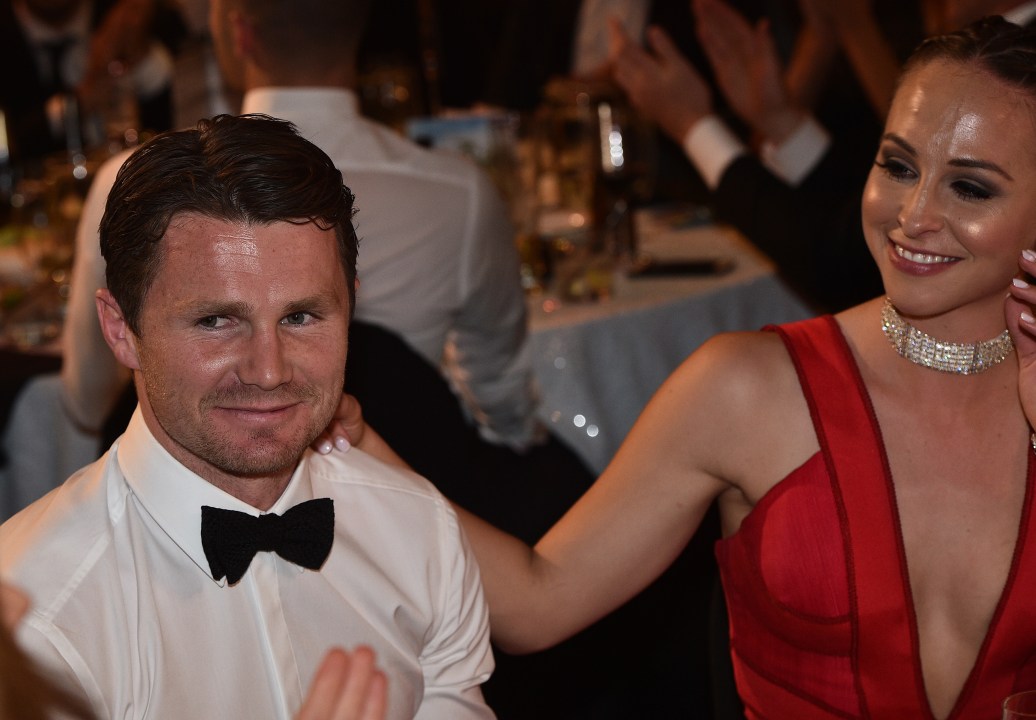 Geelong’s seventh Brownlow Medallist was moved by a tribute during the function to their 1989 winner Paul Couch, who died in March of a heart attack.

“It hit me, what it would be like to be a Brownlow Medallist,” Dangerfield said in his acceptance speech. 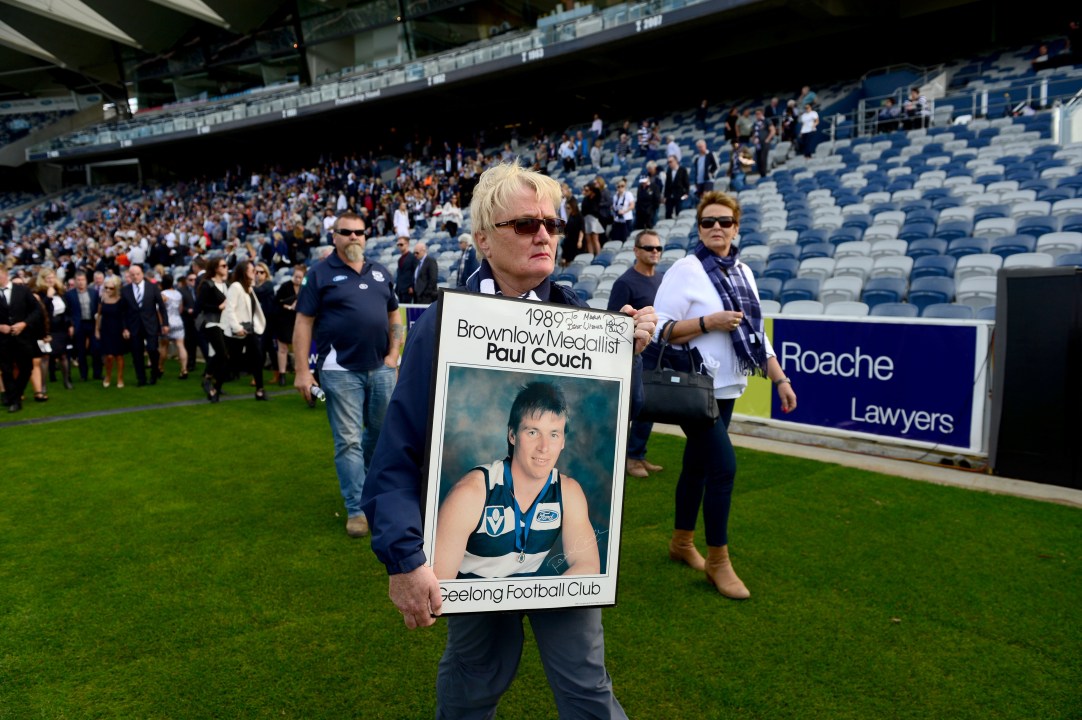 Dangerfield noted Geelong had some big wins this year against the league’s best teams and is certain they can win the flag soon.

“It just feels that we had unfinished business in the season,” he said.

“I have no doubt our game style stands up.

“We just have to make sure we as players continue to implement it consistently and that’s what we didn’t do on Friday night. 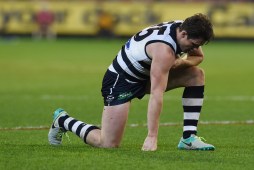 Touch Of The Fumbles: Catharsis

“We will be a better team next year and I think that is simply because we’ve spent more time together..

“The more time we spend together, the better we will understand each other’s games.”

As expected, Dangerfield’s former midfield partner Rory Sloane was his closest Crows competitor, albeit ineligible through a controversial suspension. Robbie Gray was the Power’s highest vote-getter, with 19 votes to crack the top ten.