The Geelong midfielder got dumped out of the finals against the Sydney Swans, so wife Mardi was the one to add some netball silverware to the Dangerfield trophy cabinet.

“I actually won my own grand final this year, down at Geelong Amateurs, it was a fantastic year,” Mardi Dangerfield said last night.

“I hope that Pat has the same feeling one day to win a premiership, because I think at any level it was just one of the best days.

“When I moved to Adelaide that was one thing that I really missed, so I got to go back this year and be part of a premiership.”

“I just said I’d like to wear red and she’s done the rest,” she said.

Colours were in on the red carpet, as were dresses with trains.

Brit Davis was dressed in a Jason Grech gown, with her partner Joel Selwood revealing he was on train duty all night to make sure it didn’t get trodden on. 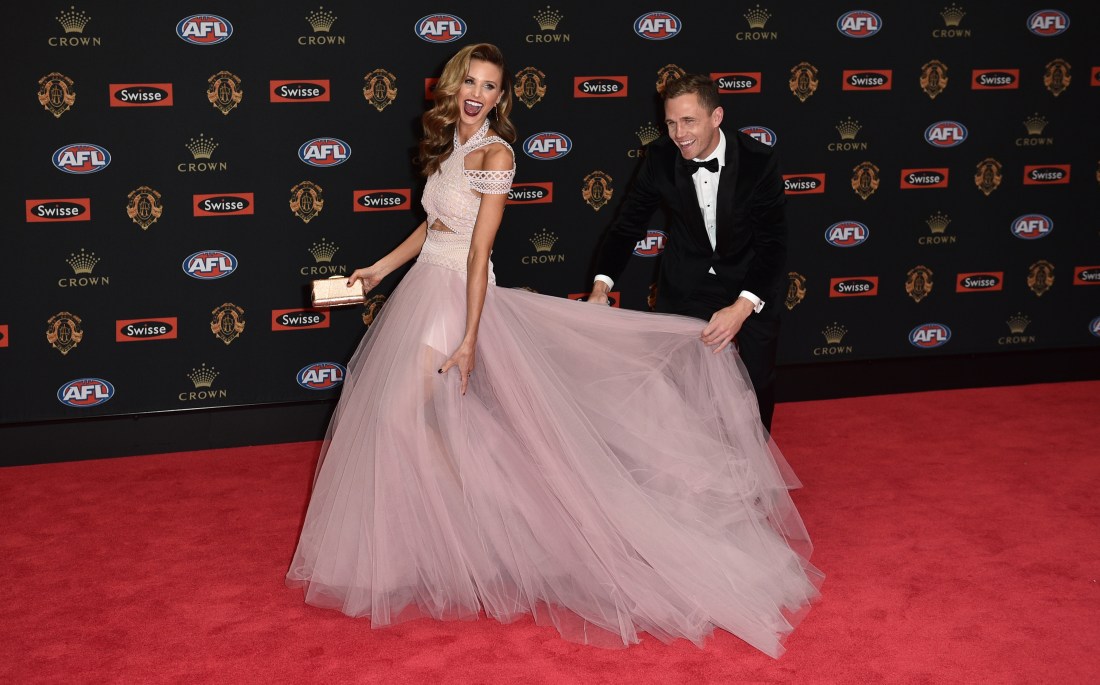 The Brownlow ceremony might be all about the players’ achievements but Davis said she had also taken some professional strides in 2016.

“I’ve started teaching, I graduated this year and I’m teaching now. I teach special needs, so it’s all ages,” she said.

Elise Swallow, who wore a Helen Manuell dress with a train, said while husband Andrew had been busy with football she’d had a bit more on her plate. 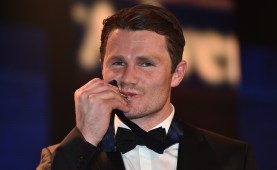 “I do run a business, it went very well. And I raised a baby, I kept a baby alive. I did two things,” she said.

Jordan Ablett drew attention with her red J’aton dress, which was cut out to reveal her high boots.

“We just sort of collaborate. They did my wedding dress,” she said.

“So I’ve worked with them before and just love what they do.”

The Brownlow was a welcome distraction for some of the players who lost finals games, with Adelaide’s livewire forward Eddie Betts admitting losing to Sydney “hurt a lot”.

“I’m still stewing… all I want to do is play in a grand final and I haven’t got past the second week yet,” he said. 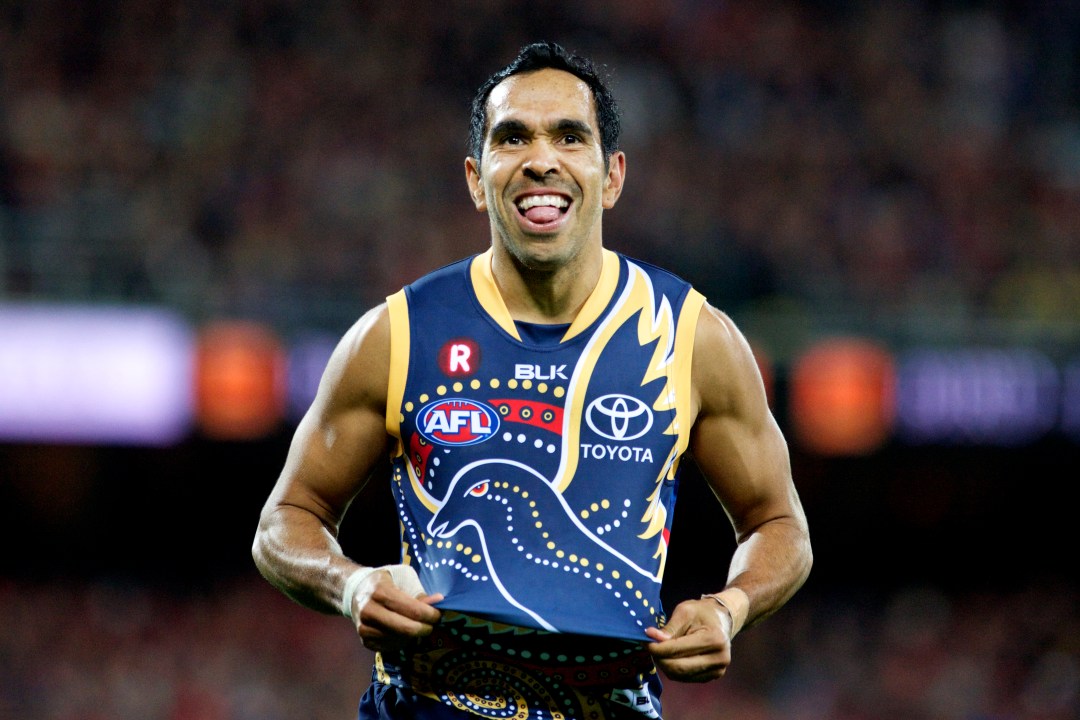 Betts celebrates what became the Goal of the Year by clutching the guernsey designed by his Aunt Susie for Indigenous Round. Photo: Michael Errey / InDaily

Betts can take some consolation from being awarded the AFL’s Goal of the Year – his second in succession.

Betts won for his boundary line run and snap against Greater Western Sydney in Round 10.

North Melbourne’s recently-resigned Majak Daw took home the Mark of the Year for a screamer against Collingwood.

His captain Andrew Swallow shared Betts’ lament after getting dumped out of the major round in an elimination final against the Crows.

“I haven’t probably quite put it behind me, still been sulking around the house,” he said.