Woodville West Torrens coach Michael Godden and West Adelaide mentor Mark Mickan will be mortal enemies this Sunday in the 2015 SANFL Grand Final, but equally they are strong mates with a rich history in football.

Both were SANFL league footballers for West Adelaide, and while there is a 14-year age difference they did play alongside each other in the Bloods’ black and red.

Each has coached the Eagles at SANFL league level – Mickan for two years in 1998 and 1999; Godden started in 2010 with the club and enjoyed premiership success in 2011.

Mickan was the senior coach at the Bays, and Godden was his reserves coach for three years from 2007 to 2009, with Godden leading the reserves to two premierships.

Both were with the Crows for a period as well.

While Mickan was club champion in Adelaide’s inaugural season of 1991, Godden was listed for just a single year. After a knee injury finishing his playing days, he was dumped.

Mickan is originally from the Riverland, where he played for the Renmark Rovers, while Godden is from the Mallee township of Lameroo, about a 100 kilometres away.

“Rubbers (Mickan) and I do have strong history,” Godden confirmed.

“He was the person I confided in when going for the Eagles job, being instrumental in me taking on the role.”

Mickan played 139 games for the Bloods and collected four best and fairest awards, while Godden would fall a handful short of the 100-game mark.

When West Adelaide won their last flag in 1983, Mickan was the side’s number one ruckman, but injury beset him late in the season and he missed the finals.

He still won the club’s best and fairest in that flag-winning year, but he didn’t claim the most prized premiership medallion.

High profile winners in the country

Former Port Magpie Luke Slattery returned to his home club Crystal Brook and helped them to a flag this year after the heartbreak of a close loss last year.

This was Slattery’s first title since the 2004 flag at Hamley Bridge in the Adelaide Plains league while he was still studying to be a teacher.

In between, the late starter at SANFL level played more than 100 league games with the Magpies.

Former Essendon lads Jay Nash and Henry Slattery, along with once Fremantle-listed Jack Juniper, were all members of the Nuriootpa Tigers’ title win over Gawler Central at Kapunda Oval last Saturday.

Slattery nearly missed out of his initial flag, as he was reported for unduly rough conduct in the second semi-final win, but beat the charge.

Eight goals up at one stage in the third quarter, Nuriootpa finally got home by 29 points and Slattery gained his first premiership medallion at any level.

Nash added this to his 2010 flag with Central District alongside brother-in-law James Gowans. 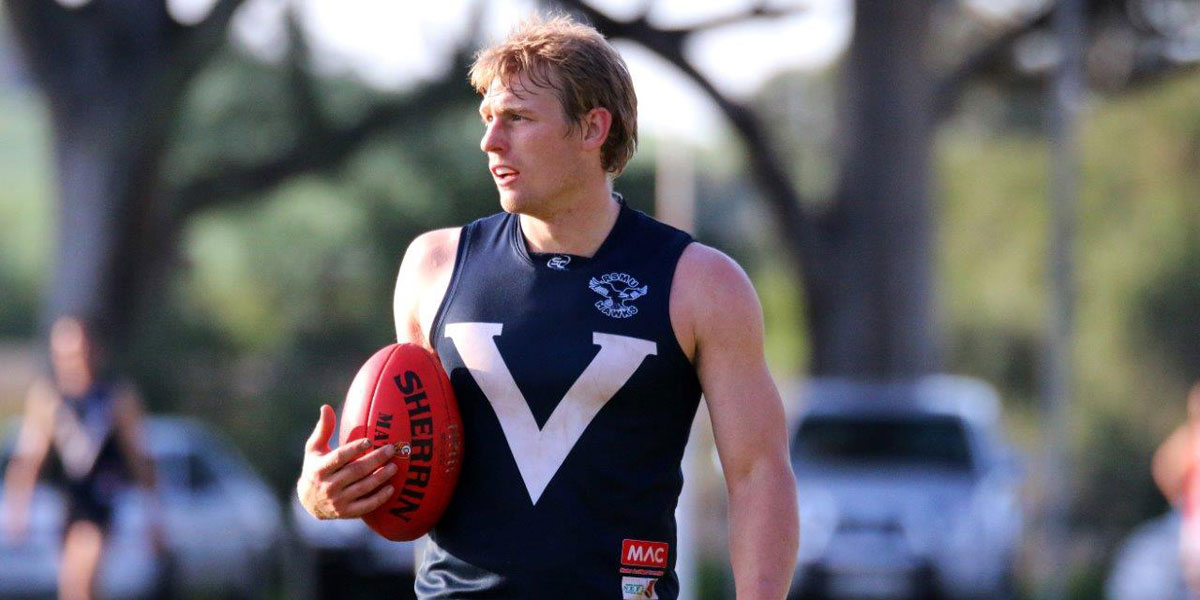 Juniper, who won the Hurn Medal for best on ground, also played in his initial premiership, after enduring three losing three titles with the Sacred Heart Old Collegians in the Amateur League.

Over on the west coast, Graham Johncock, the Crows’ 200-game star, delivered a premiership for Mallee Park who defeated Boston Tigers by 55 points in the Port Lincoln Football League.

For those who know their SANFL history, Hier was the Eagles’ full back in their 2006 flag as an 18-year-old.

One of SA football’s true greats Garry McIntosh, in his 11th year in change of Norwood Payneham Union Football Club, is searching for a third title in three years.

McIntosh’s Falcons will take on the lords of the SAAFL football since the turn of the century, the Goodwood Saints, in the division one grand final on the weekend.

Goodwood, coached by former South Adelaide champion Trend Mills, will play in its eighth division one grand final in 12 years.

McIntosh’s deeds in SANFL football are unquestioned. After retiring as a Norwood player, he had two years in Tasmania, coaching North Launceston, before returning The Parade and coaching Norwood between 2002 and 2004.

At the Falcons, McIntosh has delivered four flags from five grand final appearances.

His team won a division three title in 2013, a division two win last year and is looking for a division one title at Thebarton this Saturday.

This year they are endeavouring to win the title from the elimination final.

McIntosh knows a bit about going all the way from the elimination final, as he was a part of the Norwood team in 1984 under Neil Balme that was the first to achieve this feat at SANFL level.

“In division three two years ago, we also won the title from fourth place and the elimination final,” McIntosh told InDaily.

“The first thing you need to make sure about is being a competitive group.

“No doubt having the cattle is pretty important – but we’ve had a heightened focus on strong junior program in the past six or so year. Our junior committee has played a pivotal role.”

A couple of Sundays ago, Charlie Haysman was a part of the Unley Jets Under 11 side that claimed a dramatic come-from-behind premiership win against PHOS Camden.

His older brother, 18-year-old West Adelaide league footballer Hugh, was in the crowd that day.

Hugh has had landmark year, debuting at SANFL league level, being a key member of the South Australian under 18s campaign, being invited to the 2015 AFL draft combine state screening, and now set to play in the SANFL Grand Final.

“I started playing at the Jets at seven years of age,” Hugh Haysman explained.

“I initially did a clinic with Sturt, but told I wasn’t in their zone.

“So I went across to West at Under 14s level.

Haysman will play his 15th league game in the 2015 SANFL decider.

There are sporting genes in the family: his father Tim won the Bradman Medal in 2001-02 when playing district cricket with Sturt, and uncle Mark was CEO of the Power. 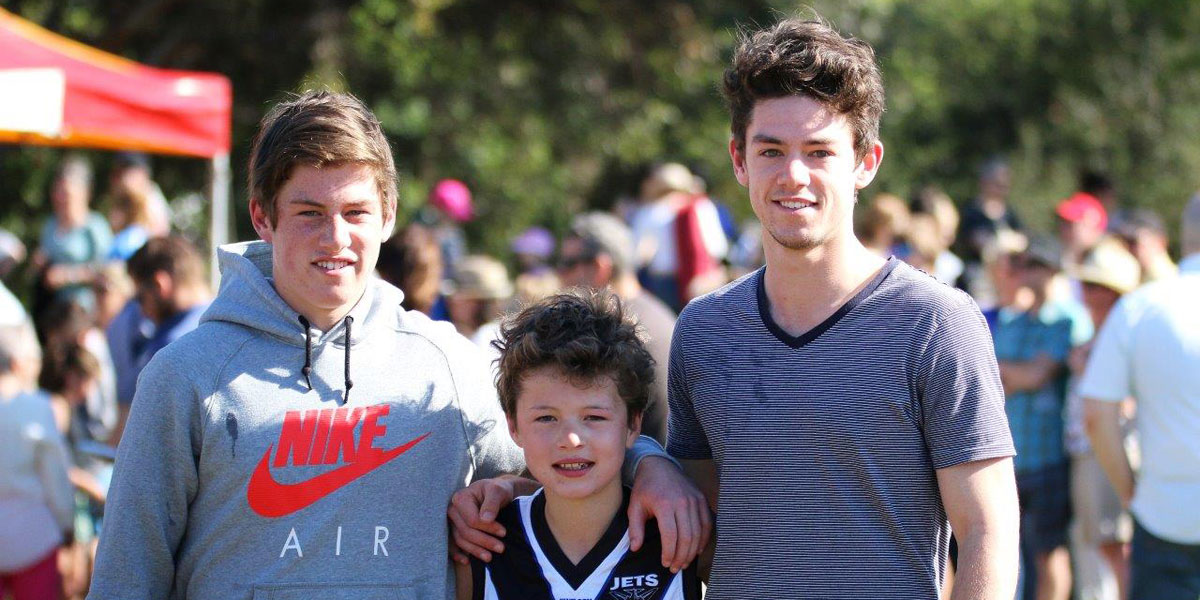 Defender Lachlan Pascoe, still eligible the play SANFL under 16s, won the Alan Stewart Medal as best on ground in the 2015 (under 18) Macca’s Cup Grand Final on Sunday.

Pascoe, who was a part of the South Australian state under 16s that went to the Gold Coast this year, is a strongly built 190cm and 88kgs.

Playing for victor Norwood, he had 25 disposals, including 21 kicks and took 13 marks.

“He is more athletic than his father and a right footer, when his dad was a leftie.”

Andrew Pascoe was original drafted by Collingwood as a 16-year-old at selection 29 in the 1987 National Draft but didn’t join the Magpies until 1991.

In three years at the ‘Pies he played one night game, but did win a reserves best and fairest in 1993.

Debuting as teenager against South in 1988, Pascoe senior played 114 league games before retiring in 2001.

He was also a dominant amateur player with Salisbury North, being in the team of the year in each of his first three seasons from 2002.