In this week’s round-up of South Australian footy, stats and connections in the SANFL Elimination Final, a new era for the Bulldogs and Roosters, and a dominant country footballer adds to his accolades.

The 21-year-old in just his 37th senior appearance was dominant as an inside midfielder against reigning premiers Norwood. A day later he finished fifth in this year’s Magarey Medal count.

In the Elimination Final Schiller had 37 disposals (18 kicks and 19 handballs), three marks, four tackles and an impressive 10 clearances, garnering high praise from his coach.

“This was as good a first finals appearance by a player I’ve witnessed in my time coaching at the club,” senior coach Roy Laird said.

“He’s a champion lad who has the team’s interest at heart and is willing to find the hard ball.” 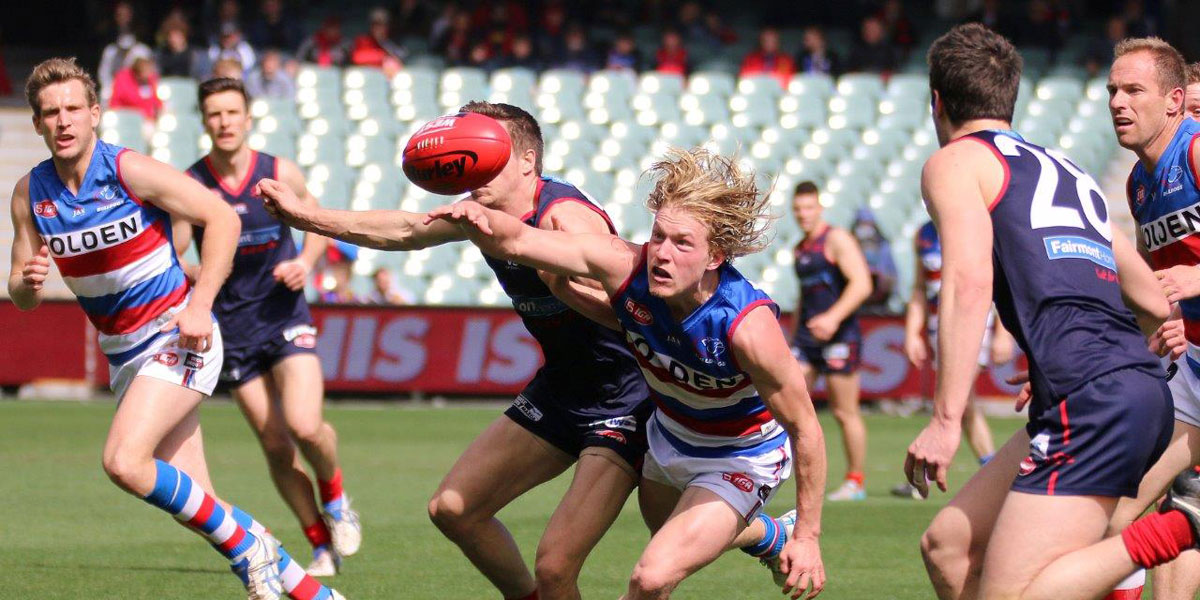 Travis Schiller hard at it for Centrals in the Elimination Final. Photo: Peter Argent

Schiller played 50 reserves games with Central District between 2011 and 2013 before making his first league appearance.

The Bulldogs defeated Norwood by 44 points in a ruthless hard-tackling display. Centrals pulled away in the second half after being just three points up at the long interval.

This was the Bulldogs’ first Elimination Final win in five attempts.

It is also a new era at the Doggies, as the only members of the 2010 premiership team remaining at the club are Paul Thomas, fellow leader Trent Goodrem and Kyle Jenner.

Three members of the Bulldogs Elimination Final-winning side – Sam Milne, Jackson Potter and Tom Stevens – have a special connection that goes back five years.

All three were members of the NSW/ACT Rams team in the 2011 Australian National Under 18s championship.

They are among six players at the Ponderosa who have a connection with New South Wales football including ruckman Ben Mabon, Luke Habel and Trent Goodrem. 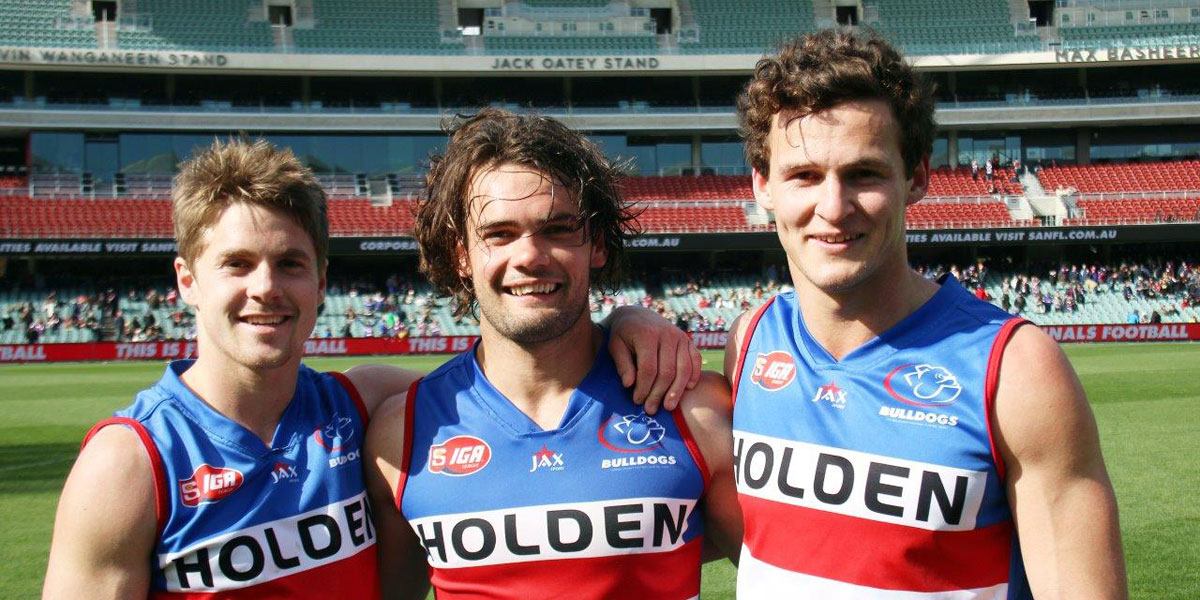 Former Port and Fremantle inside midfielder Josh Carr is an excellent choice to take on the senior coaching position at North Adelaide.

Now 35, the tough as nails midfielder has been a member Port Adelaide’s coaching panel since the end of 2011 giving him a tremendous grounding for this job.

Western Australian Carr finished with 207 AFL games between2000-2010 and was a part of the Power’s inaugural premiership in 2004. 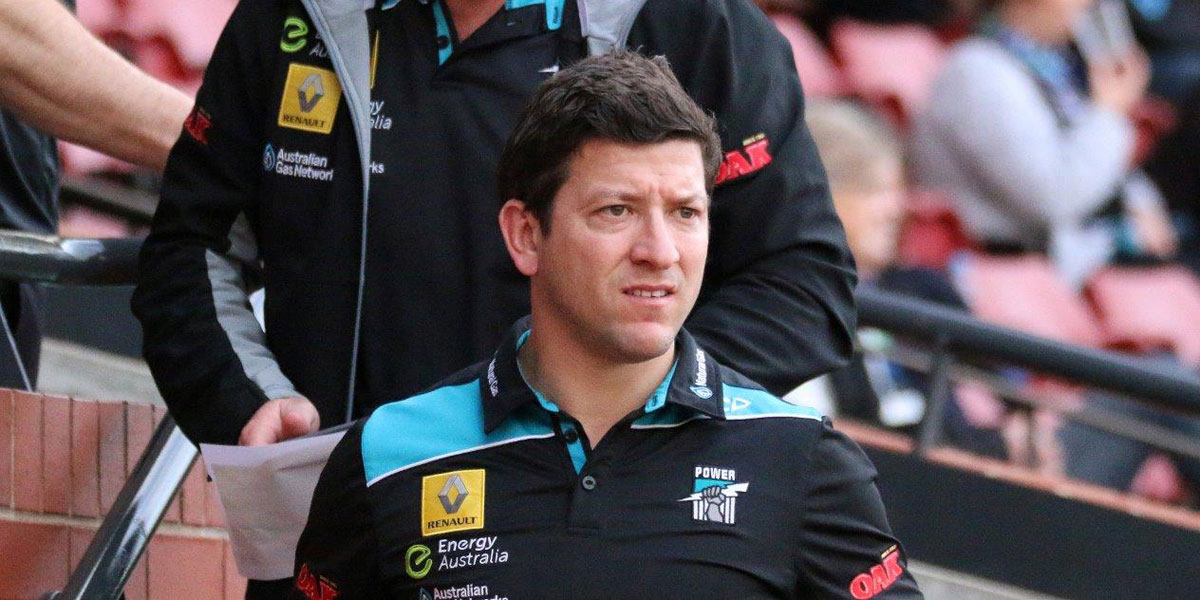 Appleton, a ball magnet and clearance specialist who originally hails from Moonta on the Yorke Peninsula, played 12 reserves game this year and was among the Eagles best 11 times.

“I started a little slowly and was in the league team that lost in round one,” Appleton said.

“My form has been ok, but I still prefer to be playing in the league side.

“Among my most important mentors has been dad (Gavin Appleton). He’s a machine (now 50) and is still donning the boots occasionally.

“(Former North Adelaide and Crows footballer) Chris Ladhams is another.”

Reinbrecht, 23, comes from the Athelstone Raggies, but he played the majority of his junior football with Rostrevor College.

“I’m still getting my head around it,” Reinbrecht said.

“It’s is a huge honour to win this award at any level.”

In the recent Great Southern Football League awards night at the Hotel Victor, Barnes was the emphatic runaway winner of the competition’s highest individual honour, the Mail Medal.

His first honour last year was predominately as an attacking half back flanker, but this year new coach Todd Butler has moved him into the midfield. 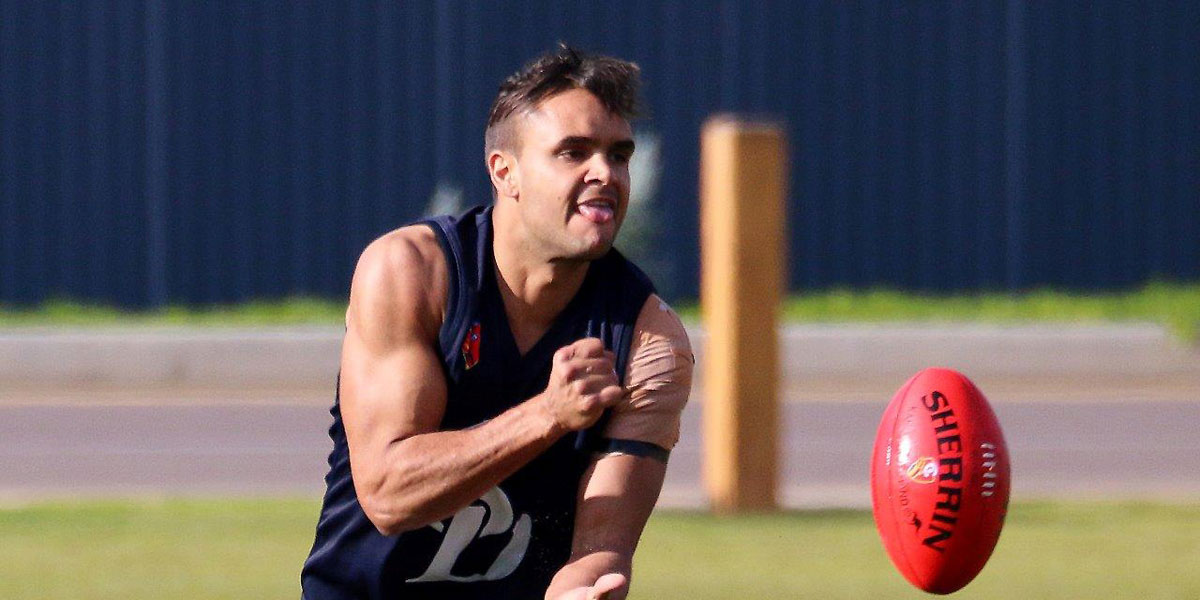 “Yes, I have been happy with my year so far,” Barnes said.

“On reflection it has been a pretty consistent season at all levels.

“Now it is about winning a flag with the Eagles this year!”

Along with his dominant display in the 2015 regular season, Barnes was best on ground in the annual interleague game against the neighbouring Southern League at Hickinbotham Oval in July.

He was also the leading performer for the Southern Districts side against Murray South East in the clash to decide the SA Country Championships at Central Oval, Port Augusta, in July, along with being selected in the team of the carnival.

Later that month he travelled to Perth, making his interstate debut with SA Country.