Port Adelaide’s brutal demolition of Richmond confirms their status as the wildcards of this AFL finals series.

Power coach Ken Hinkley was rapt with Sunday’s 57-point elimination final win, where they kicked the first seven goals in 18 minutes of mayhem.

Hinkley added they had no fear about travelling to Perth to play Fremantle in a knockout semi-final on Saturday.

As former Cats great Cameron Ling observed during halftime at Adelaide Oval, Port Adelaide’s start against the hapless Tigers sent a ripple through the top four.

Adelaide’s unlikely 1998 premiership is the last time a team outside the top four has triumphed in September.

Also this weekend, defending premiers Hawthorn and Sydney confirmed their status as the top two flag favourites and North Melbourne had an outstanding comeback win.

Geelong, who lost their qualifying final to the Hawks, will play North at the MCG on Friday night in the other semi.

Port Adelaide finished fifth this season, but were on top for eight weeks.

While they dropped out of the top four with six losses from their last nine games, they only lost to the Dockers in Perth by eight points two weekends ago.

“Freo are an amazing side. I love the way they play … I know we’re going to go over there and give a real good account of ourselves though,” Hinkley said.

“It was brutal … it was an awesome display,” he said.

The only setback was a suspected broken jaw for speedster Matt White, who went to hospital for scans.

While Port are building momentum, Richmond have lost their second-straight elimination final after reaching the top eight with a nine-game winning streak.

Port’s runaway win completed an opening weekend of finals where all four games went to form.

But it was far from straightforward, with Essendon ruing a blown chance in their elimination final classic against North.

Fremantle also came within 10 points of Sydney in the last quarter of their qualifying final before the Swans, led by two stunning goals from Lance Franklin, kicked clear.

North enhanced their reputation as masters of the strong finish with their 12-point victory over the Bombers on Saturday night at the MCG.

They trailed by 33 points early in the third term, but roared home on the back of four goals from Ben Brown.

It was a galling end to the season for the Bombers, who again paid for patchy form during a match.

At the ANZ Stadium on Saturday, Dockers coach Ross Lyon had a confrontation with a Fremantle fan on the way to the four-goal loss to Sydney.

A scan will decide the finals fate of Swans veteran Nick Malceski after he was subbed off with a hamstring injury.

On Friday night, Hawthorn opened the finals series with a powerful 15.14 (104) to 10.8 (68) qualifying final win over their arch-rivals Geelong. 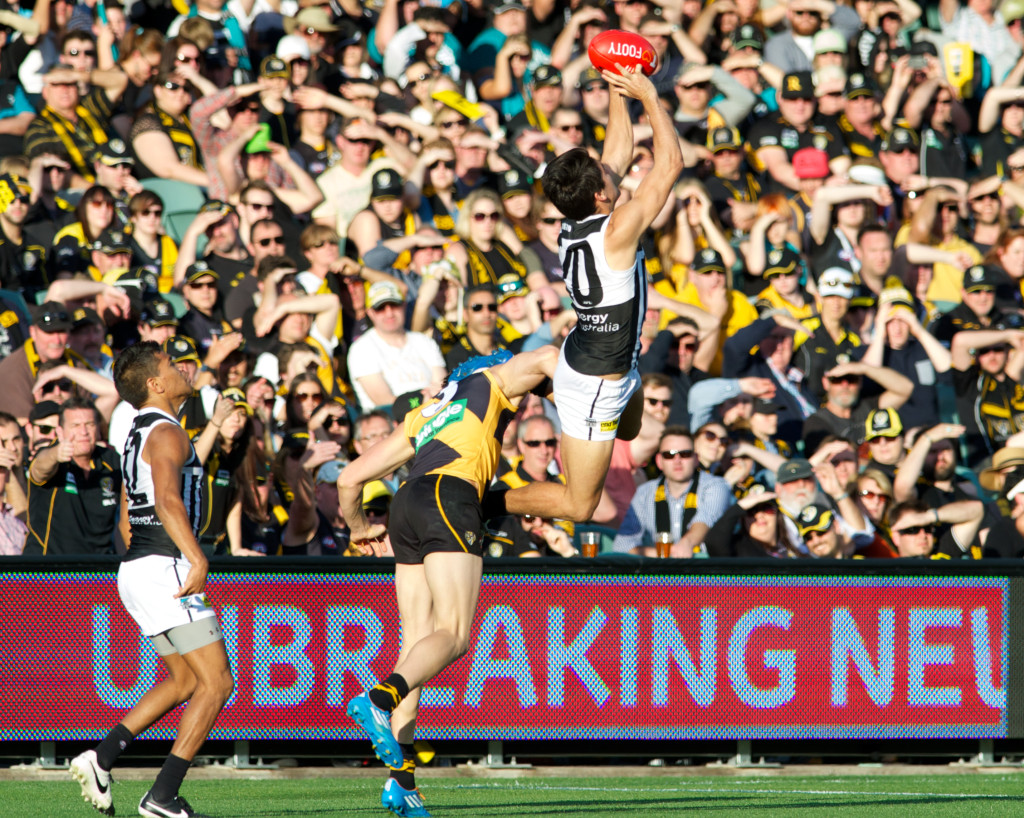 Ballantyne will need surgery after a collision with an opponent during Saturday’s qualifying final loss to Sydney.

The Dockers say the contact that caused the injury to their small forward was accidental.

But the Dockers have not yet ruled the All Australian nominee out of Saturday’s home semi-final against the Power.

Michael Johnson (back) is out for the finals series and fellow defender Luke McPharlin (calf) is no certainty to return next weekend.

Port Adelaide vice-captain Brad Ebert believes the Power’s recent encounter with Fremantle will hold them in good stead ahead of their second meeting with the Dockers in as many weeks.

“Playing them as recently as last week gives you an opportunity to look at what they’re doing and to identify their strengths and weaknesses a lot closer,” he said.

“We were pretty close last time to beating them, but we had that fade in the third term which was really disappointing.

“We will be making sure we focus on working through that and go in strong this week.”

Despite a rampaging victory over the Tigers, which included a scintillating eight-goal first term, Ebert said the Power still need to fine-tune their overall performance if they are to head deeper into September.

“Our first three quarters was what we were really working and focusing on,” he said.

“Our first quarter especially, we really wanted to settle into the game first and get the momentum on our terms.

“The last quarter was a bit disappointing in terms of being able to let them through, but we are still working for perfection.”

“It was just one of those games unfortunately. And unfortunately it was one of the most important occasions for our footy club,” Hardwick said after Port made the Tigers road kill.

“You have just got to take the emotion out of it,” Hardwick said.

“We just couldn’t win critical contests and we turned over the ball too much in the first quarter.”

Hardwick said the Tigers “failed miserably” and trade and draft tables beckon for the Tigers.

“I know what we need,” Hardwick said, with the rider: “I’m not telling you.”

“It’s simplistic to look at one thing … but we’re short of where we need to be at the moment.

“You give yourself a chance to play finals. But then the reality is you get measured by your finals success … and it’s a long time before you get back there again.

“Our boys are bitterly disappointed with our performance in a big game. We played nowhere near our potential.” 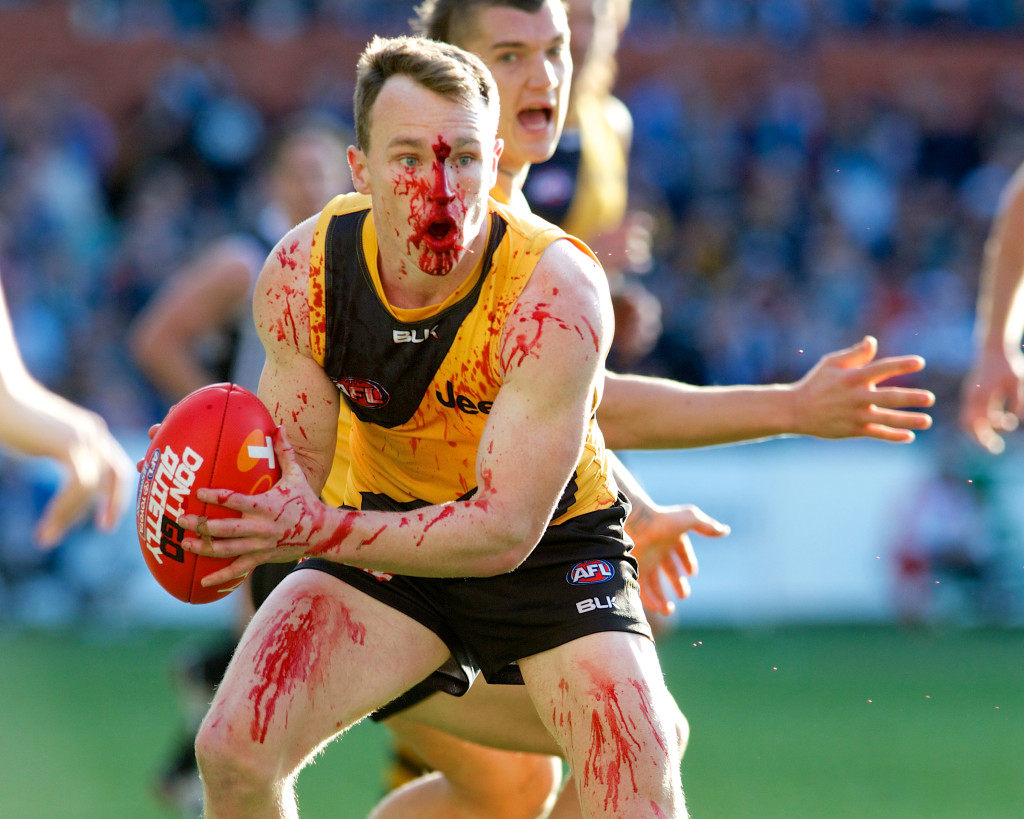