On Sunday, the Adelaide Strikers took on the Melbourne Stars at Karen Rolton Oval – across the road from the Royal Adelaide Hospital – as part of the Women’s Big Bash League (WBBL).

A group of men watching from the surrounding grass slope, with beers and chips in hands, began laughing and gawping in awe.

On the fourth, one of the men turned to the others and asked: what was the South African bowler doing? The Kiwi batter was killing it. He sat forward on his deckchair.

When Devine belted a fifth – setting a record for the highest number of runs hit in a single WBBL over – a beer hit the ground and the men cheered in disbelief.

Devine later said one of the successes of the season’s WBBL was that records were consistently being broken – and ceilings smashed.

But the women’s wins have not been limited to the field, confined to the WBBL or even restricted to cricket. A wave of working condition improvements in women’s sport has been made in recent weeks. These represent decades-long struggles. They also suggest the tide may be turning for elite sportswomen – the effect of which is being felt in even the most grassroots of teams.

Among Sunday’s crowd was a busload of Unity College students.

Mum: What do you want to be when you grow up?

The Unity College students are part of the South Australian Cricket Association under 16s girls league. This was their first live WBBL game.

“It’s better than watching it on TV,” Gotch said.

“We’ve just started a girls cricket team and it’s really good to see that there are people making this happen … It encourages girls to come play cricket, not just boys.”

Unity College coach John Phillpott agreed. He said that the girls team was able to watch elite sportswomen play, at an oval named for one of the greats, helped them see their potential.

He added that getting girls to commit to cricket was challenging initially.

“The process of getting girls involved in sport is very, very different to boys,” Phillpott said.

“They have to feel comfortable, and they’re most comfortable when they’re just with girls and they don’t have to mix it with the boys.

“You can almost see them being their true self, which is one of the things I like about being involved in girls sport. I don’t see the ego you see in boys’ teams – they look out for each other more and the team spirit is there.” 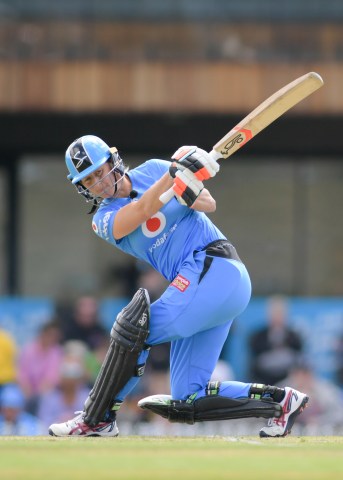 Phillpott said the calibre of the women’s game and atmosphere at the oval had an “old-fashioned cricket feel about it”.

“The crowd’s not huge but it’s a passionate crowd. That’s the kind of cricket I like,” he said.

“I think about where it [women’s sport] has come from. Women who have played cricket or football or any of these sports for last 20 years have done it really tough. They’ve done it through pure passion – in most cases it’s cost them money to participate.

“I think now they’ve reached a point where women can make a living out of elite sport and it’ll just get better and better.”

Last week, Australia’s national women’s football team signed a historic pay-deal closing the gap between the Socceroos and Matildas. It ensures revenue generated by the national men and women’s teams is pooled and equally distributed.

The Matildas also received an increased annual salary bringing them in line with their male counterparts.

Football Federation Australia has said it would review and upgrade the parental leave policy.

The announcement follows a parental leave policy for Australian cricket players which, among other things, allows pregnant players to transfer to a non-playing role until they give birth and take 12 months paid parental leave.

Cricket Australia has also agreed to provide pay parity for the Australian women’s upcoming T20 World Cup after the Australians set a new women’s world record for number of consecutive one-day international wins. (The Australian men’s team hold the outright record with 21 straight ODI wins. The women can match that if they take out a three-game series in South Africa in March.)

“We’re seeing the skill level, athleticism and standard of cricket increase in the women’s game each season now, which is a direct result of our female players having the chance to spend more time training and honing their craft than previously, where most managed training outside of full or part-time work and study,” Bradshaw said.

He said improvement in the women’s game coincided with an increase in public support.

“We’re seeing … more engagement than ever before on our social media channels, while we also broke the record for highest attendance at a WBBL match at Karen Rolton Oval on Sunday,” Bradshaw said.

This season was the first time the WBBL has run as a stand-alone event. Previously the women’s game was played in parallel with the men’s Big Bash League.

Bradshaw said the decision to play the women’s game separately to the men had increased the WBBL viewership by 25 per cent, “proving that Cricket Australia made the right decision in making the WBBL a stand-alone competition”.

Mother to eight-year-old Addie, Jess Bristow was one of the 1600 strong crowd at Sunday’s game. She said was happy knowing her daughter could play cricket if she chose, and would not be limited in choices because of her gender. 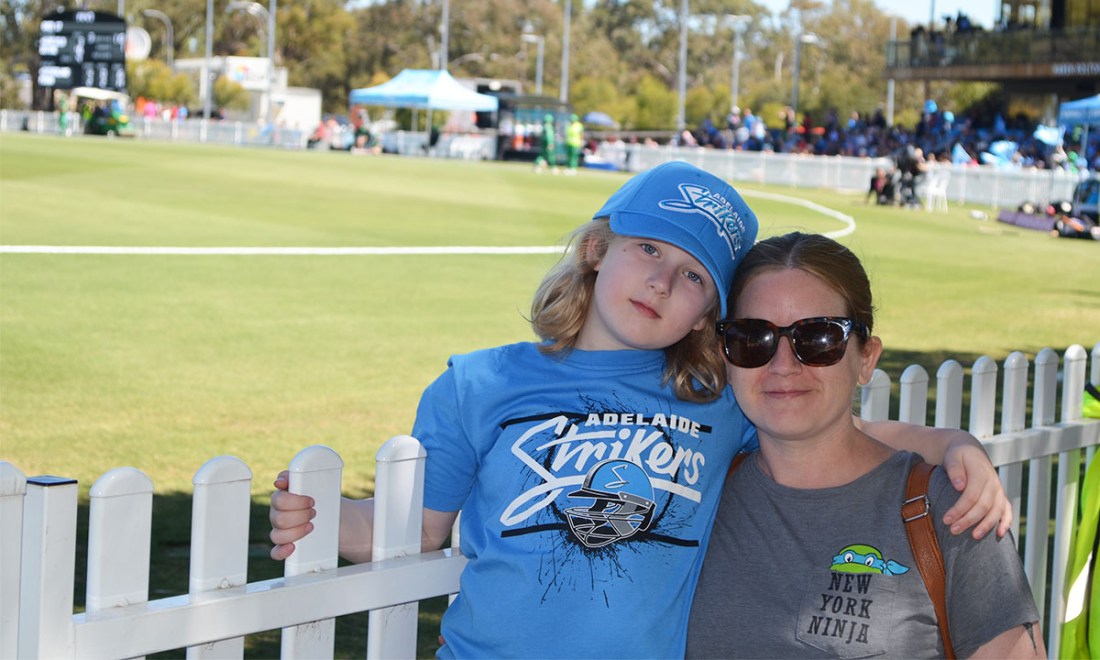 “Bringing this to the fore shows girls that there’s just as much opportunity for them in sport,” Bristow said.

“It’s been seen as a male-dominated area for such a long time and … it’s good to see even the men supporting this too.

“Although women’s sport has always been played, it’s good for her (Addie) to see that this is something that she could do. Also, they’re really good – so that helps.”