Crowd numbers are down considerably and television figures are also on the nose, a major dilemma for broadcasters Seven and Fox Cricket in the first of a six-year deal.

Central to the malaise is Cricket Australia’s decision to expand the competition for the second successive season.

Up from 35 matches to 43 last summer, the 2018-19 season features 59 matches in 61 days, providing a bloated schedule that has robbed the Big Bash League of its fast, frantic and exciting vibe.

More matches have meant each clash carries less meaning, strange starting times, different broadcast arrangements – such as 16 games not available on free-to-air television – and, crucially, stretched resources for each franchise in trying to attract players.

The Big Bash League now runs for longer than any other Twenty20 competition in the world, yet still operates with a salary cap in place that sees the best short-form players look elsewhere.

The likes of AB de Villiers, Kieron Pollard and Andre Russell all decided to play in the Bangladesh Premier League instead of having a summer in Australia, while one player, Sandeep Lamichhane, of the Melbourne Stars, even left the Big Bash League to play games in Bangladesh.

With all due respect to the Bangladesh Premier League, if Cricket Australia’s competition cannot compete on player payments, questions need to be asked.

As the season drags on, the perennially successful Perth Scorchers will have been out of finals contention for more than two weeks when they play the Adelaide Strikers tomorrow afternoon.

And while that is common in other codes, two weeks is a lifetime in Twenty20 cricket. 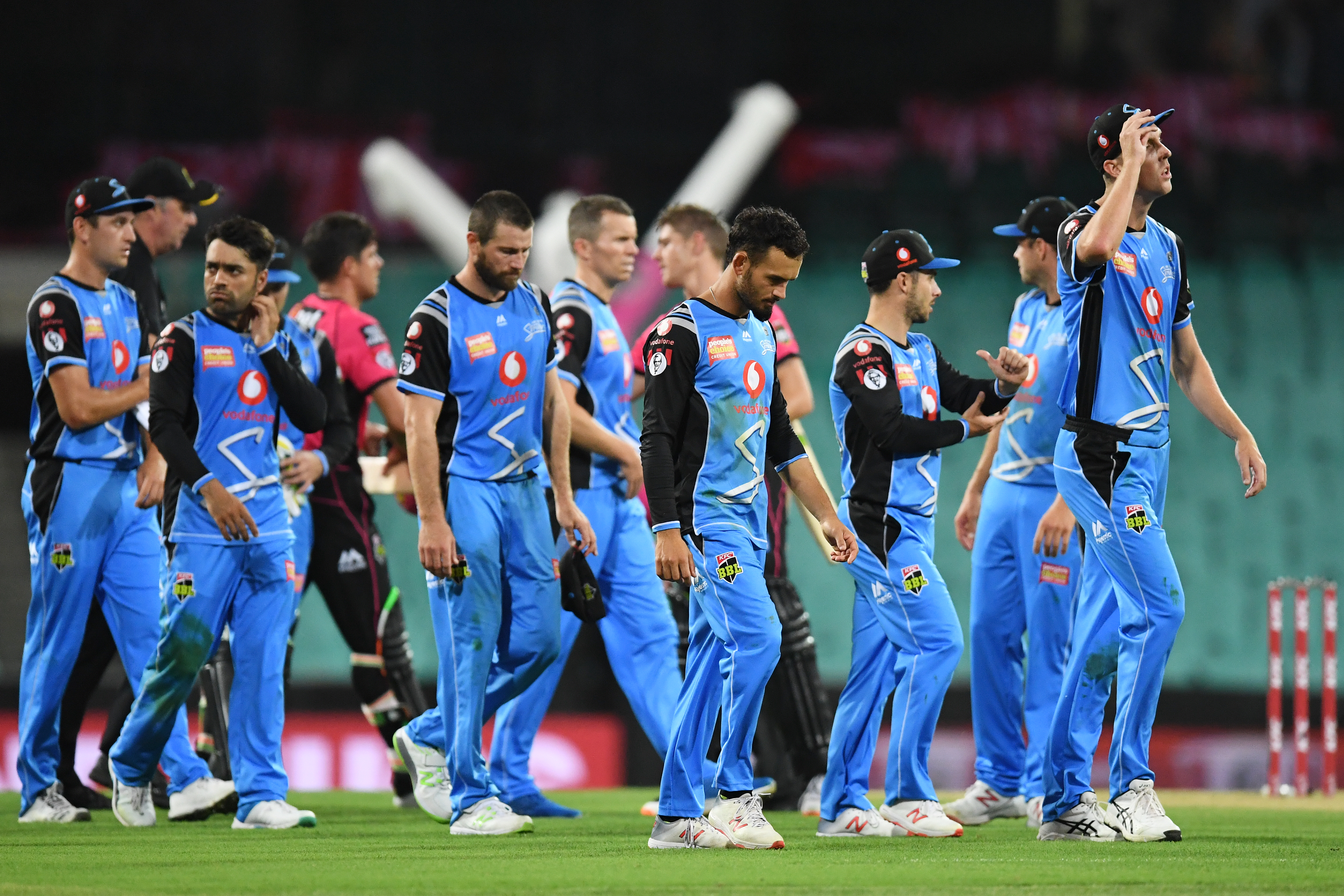 For most cricket fans in Australia, the abbreviated format is still – and perhaps always will be – viewed as light entertainment.

After all, Twenty20 matches are best viewed on flat pitches that offer next to nothing to bowlers because curators know their work will be branded ‘poor’ if they do not serve up wickets conducive to big scores.

Contests between batter and bowler, the key to the rhythm and enjoyment of longer forms of cricket, rarely last more than two overs in Twenty20.

Despite these issues, the Big Bash League was thriving in a shorter timespan, perfectly wedged in the Christmas and school holiday period, a window that international stars were more willing to play in.

The competition did not need great layers of nuance if it lasted just a few weeks, either. The sugar-hit had found its sweet spot.

But the Big Bash League was quickly becoming a cash cow for Cricket Australia and, no doubt tempted by the increased millions that expansion would provide as a new broadcast deal was being thrashed out, the governing body decided to expand.

The arrangement that sees more than 25 per cent of matches not screened on free-to-air television has regularly left fans confused and the insistence of both networks to have their own commentary team has undoubtedly diluted the broadcasting talent too.

Recent editions of the Big Bash League have seen every match screened live on Network Ten, with a commentary team featuring the likes of Ricky Ponting (now at Seven), Mark Waugh and Adam Gilchrist (both now with Fox Cricket) a genuine highlight of the tournament.

All of these issues, be it waning fan interest, a lack of star international players and a less-accessible tournament, are forced by a longer season.

Believe it or not, there are some positives to expansion.

The fixture is now far fairer, with every side playing each other once both home and away. The decision to stage games in areas like the Gold Coast, Geelong, Launceston and Canberra should be applauded, too.

But the answer for Cricket Australia surely lies in an abbreviated season.

Do not expect a reduction in games played, given the broadcasters have paid for, and expect, 59 matches per season.

Any change to that would see a new, less lucrative deal requiring arrangement, about as likely as David Warner and Steve Smith getting a warm welcome to Edgbaston on day one of this year’s Ashes series.

That leaves a condensed Big Bash League, in tournament length only, as Cricket Australia’s best option.

The 2018 edition of the Indian Premier League, for instance, also saw each side play 14 home-and-away games, and, including finals, was finished in 50 days

For Cricket Australia, it all adds up to another big challenge.

It has previously shown great flexibility with the Big Bash League, though, and that is encouraging. More of it is required.

This article first appeared in The New Daily.