After all, the cricket news has largely been about how bad of a batsman he is, or England’s off-field woes.

But the 30-year-old will relish the contents of the Friday press after producing the finest knock of his career during the opening day of the third Ashes Test against Australia at the WACA Ground.

Malan struck an unbeaten 110 yesterday to guide England to 4-305 at stumps.

When England first arrived in Australia, their squad was ridiculed for being filled with a bunch of no-names.

In regards to the Test XI, it was Malan, James Vince, and Mark Stoneman who were singled out.

Stoneman now has two half-centuries to his name this series after producing a gutsy 56 at the WACA ground.

Vince scored 83 in the first Test to show he has some potential at this level.

And Malan’s maiden Test century has given the left-hander plenty of belief that he is no fraud either.

“Whether you’re talked about as a no-name, or they know your name, it’s always nice to score 100 for your country and put the doubts to bed,” Malan said.

“Inside the team, we never felt under pressure, the three of us. We always felt like we had the backing from the coaches and captain.

“It’s just every time you open up the paper you read about how poor you are and how bad you are.

“It is nice to tick a box and prove to yourself that you can play at this level and you can score hundreds.

“At the end of the day, it’s the amount of hundreds you score that you get rated on when you retire.”

England’s off-field incidents remain a big talking point, and will probably dog them for the rest of the series, even if they remain squeaky clean from this point.

From headbutt greetings to pouring drinks over each other, England’s players have been slow to grasp the concept that their every move is being analysed.

Malan is confident the message has finally hit home.

“We have been silly in certain instances,” Malan said.

“But we also know that some of these situations have been blown into things that aren’t really anything, and on a normal tour you probably wouldn’t hear about them.

“So I think we know we have to be smarter with the way we do things.

“We have done silly things at silly times which has grabbed the headlines, but we have spoken about it as a team.

“A lot of the boys understand that we are doing silly things, but it’s not the end of the world.”

While England finally flourished at the crease, it was Australia’s turn to have a shocker in the field. 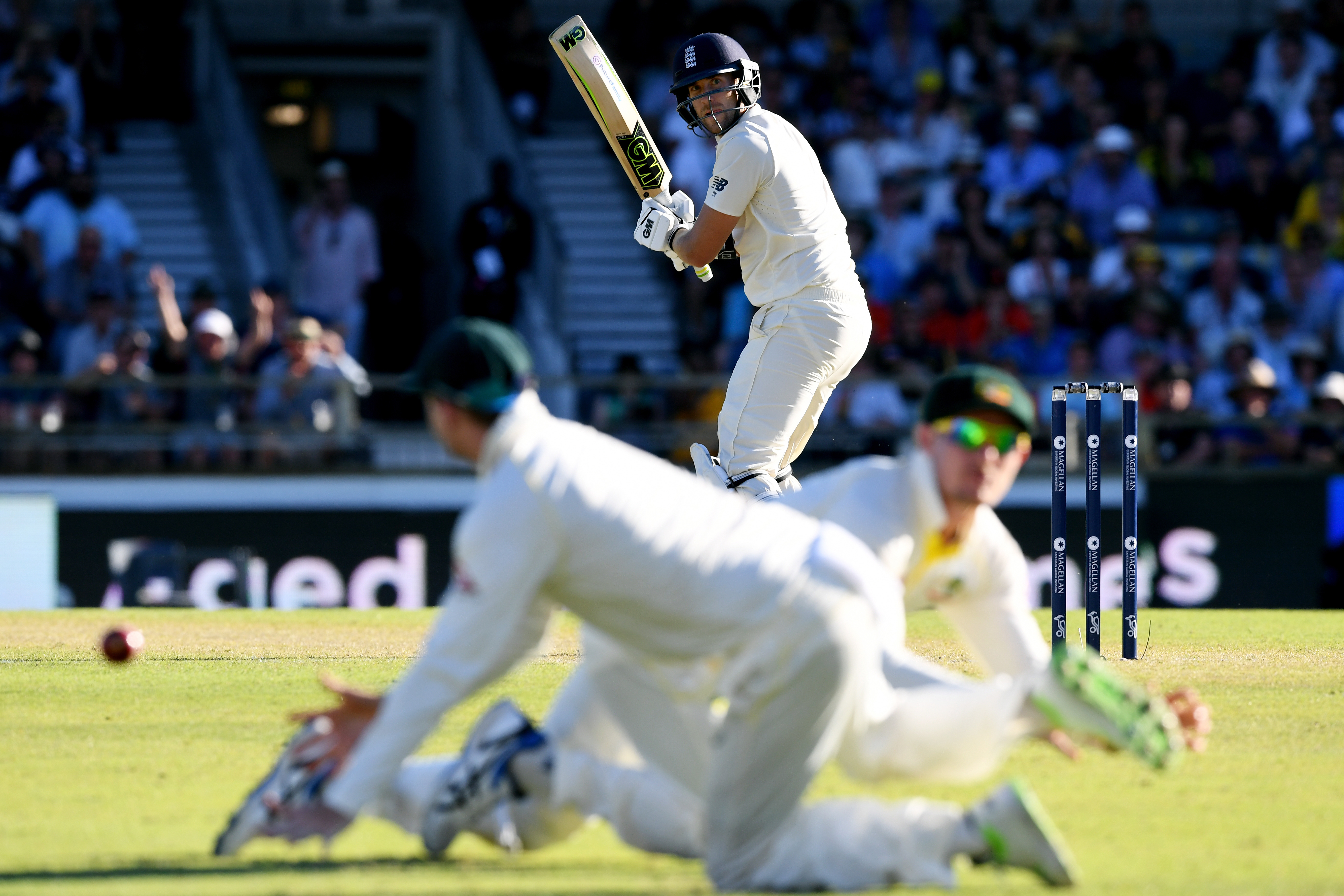 Having overcome dropped catches in Brisbane and Adelaide to bank wins, fielding errors at the WACA Ground could potentially prove more costly in the third Ashes Test.

Steve Smith spoke prior to the start of the five-Test series against England about the need to set the tone in the field.

Smith’s side put down a couple of catches during the first two Tests and the trend continued in Perth.

Stoneman was out for 56, ensuring the damage was minimal.

Malan was also reprieved twice. The unbeaten centurion was dropped on 92 by Cameron Bancroft at third slip, while David Warner missed a chance to run him out on 32.

Malan will resume on 110 when day two starts at the WACA this afternoon, with England 4-305 and seeking to build an imposing first-innings total.

“Obviously nobody goes out trying to drop catches but when the wicket’s that flat and it’s that hard for our bowlers, it’s certainly a little bit disappointing,” keeper Tim Paine said.

“We let one of them off late there but apart from that I thought they batted really well.

“It happens. You drop catches sometimes.”

Mitchell Starc looked to have denied Malan a century late in the final session, but the ball cracked Bancroft on the wrist.

“It came really quickly and that’s more Starcy than the Perth pitch. He gets that ball to fly,” Paine said.

Paine grassed a chance on day one at the Gabba, but Australia enjoyed a 10-wicket win.

Smith, usually the safest set of hands in the team, failed to grasp a low edge under lights on day four at Adelaide Oval but the hosts banked a 120-run victory.

Fielding has been a semi-regular source of angst for coach Darren Lehmann in recent years. Even Smith admitted he needed to lift it after an ODI series in India that preceded the Ashes.

“At the moment my catching hasn’t been good enough,” Smith said at the time.

“I’ve been working hard, I just might need to work a little bit harder.”