The path began to be cleared on the second ball of the day, when a bouncing delivery from Josh Hazlewood gave the faintest of possible kisses rather too high on the edge of Chris Woakes’s tentatively proffered bat, and wicketkeeper Tim Paine claimed a simple-enough catch.

It was the sort of tiny touch that wicketkeepers know is out, but expect to be denied several times in any season because there is not enough for an umpire twenty-odd meters away from the bat to be sure that contact has been made.

Woakes stood his ground, and eventually, umpire Aleem Dar gave him out. There was something to be heard, to be sure, although the Barmy Army’s rendition of Jerusalem might well have drowned it out. 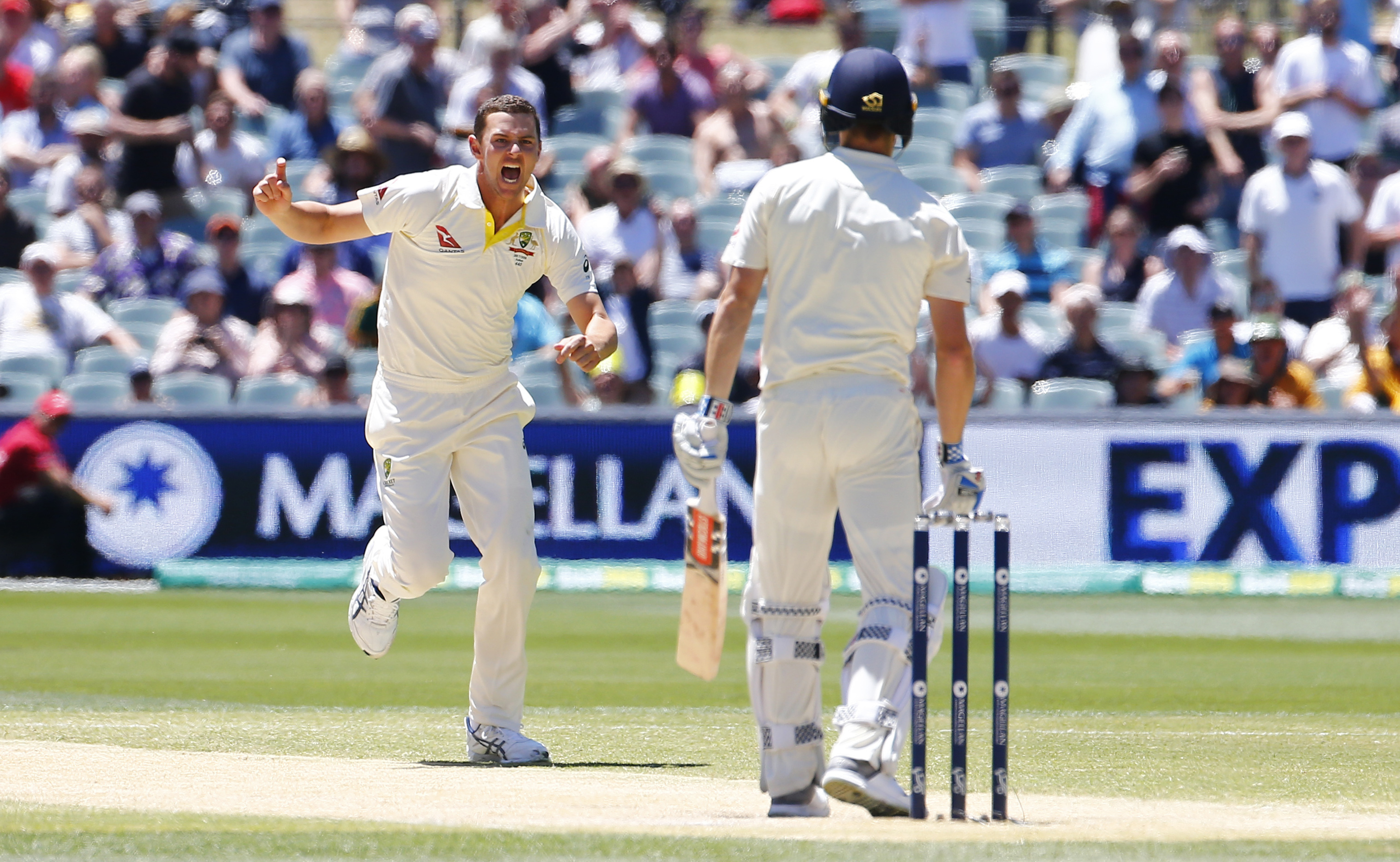 But the umpire in this case had the security and support of the decision review system: if he was wrong, Woakes could call for a review, which he did, and it proved the umpire right.

Had the on-field decision gone the other way, there would have been no review, because Australia had already burnt up the stock of review rights. Woakes would have batted on. DRS is not neutral. It is part of the game at this level.

Joe Root negotiated a scoreless over from Mitchell Starc without re-establishing his sweet timing and assurance of the previous evening, and Moeen Ali mishit the first ball of Hazlewood’s next over for one run.

Two balls later Root, coming carefully half-forward with soft hands to cover his stumps, found himself playing up the wrong line and when the ball came in towards him to catch the edge of his bat he presented Paine with a low catch. England now suddenly six out for 177. Two wickets gone, one run added, and the new ball still more than an hour away.

Even against the old ball, Jonny Bairstow and Moeen Ali lived dangerously, never more so than when Moeen was confronted by the spin of Nathan Lyon, and Lyon duly got him, for the fourth time in two matches.

Bairstow then contrived to do most of the batting, protecting Craig Overton as far as possible from bowling which seemed to have gained some zip from the knowledge that the weapon of the new ball was not far away.

But he could not defeat the scheming of Steve Smith and Pat Cummins during the last over with the old ball, and when Cummins kept him at that end with a final bouncer which was lucky not to have been judged a wide, Overton was exposed to Mitchell Starc, nicely loosened up by bowling a few overs an hour or so earlier, and a brand-new ball in his hand. It only took one. Beaten by pace and swing, Overton was out lbw for 7, England 8/206.

In not much more than a quarter-hour, it was all over, Bairstow last out for 36, England out for 233, 120 runs shy, and Jimmy Anderson had run out of partners without facing a ball. Australia now led the five-match series 2-0.

For some people, the match was a great success, not least the Adelaide Oval authorities who are revelling in having had almost 200,000 entry-clicks at the gates over the five days, and the accommodation industry who could not have given you a room in the past week because so many out-of-state visitors were drawn to the spectacle of the first Ashes day-night game.

It was a great success for Shaun Marsh, who steered Australia to that imposing two-day total of 8/442 when it might have been not much more than 300.

It was a great success for Australia’s bowlers, who now operate as such a balanced team that Mitchell Starc’s five-wicket haul in the second innings is the sort of event that will become atypical, because everyone is chipping in.

It was, in the end, a great success for Steve Smith. His decision to bat on what became a chaotic Monday night, and protect his bowlers from the risk of having their stamina too sorely tested, was proved right. His explanation, after the match, of his reasoning was gratifyingly close to the defence of it which you could have read in InDaily two days ago.

He also admitted to having lost a bit of sleep over it on Tuesday night – apparently something of a tendency of his. I thought, and still think, that about half the Australian team should have been counting sheep then too, but the captain seems to be the only one who has fessed up so far.

It was not a great success for the series. Two up and three to play suggests an outcome whose achievement will be less than stimulating unless you get off on extended victory parades.

That said, Australia has weaknesses and vulnerabilities that make it premature to be contemplating a 5-0 whitewash. The batting is brittle. Twice it has had to be rescued by stoic individual marathons. The bowling attack, impressively as it may be operating now, does not have a wide range of tricks with which to combat a benign batting pitch.

Joe Root bravely makes much of this, and of his belief that there is a way into those cracks. But does England have the cattle? The bowling attack has been enthusiastically belittled, but the England team’s biggest problem at present is that it does not bat for long enough.

At those sorts of over-counts, you want to be four or at most five down, with credentialed batters at the crease trying to blunt the effect of the new ball before the tail-enders harvest what they can.

The reason, I’m afraid, is desperately simple. England batters have not made the adjustment to the higher bounce of Australian wickets. The arcs of their bats when they play their shots are too low, and it brings trouble. 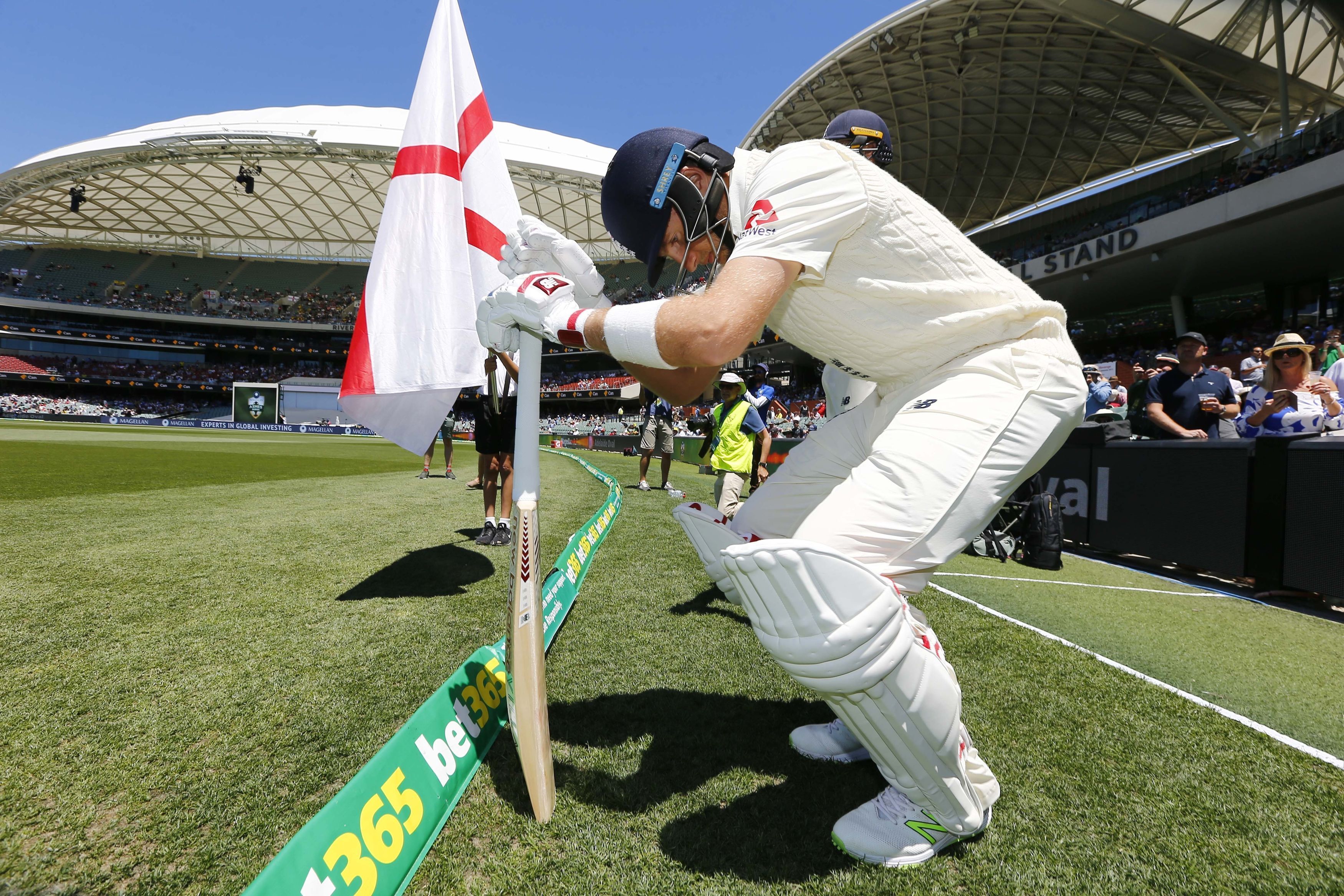 You will not see this in highlights reels of every dismissal, but you will see a lot of it if you watch the game for an extended period – the ball hitting, or just missing, the bat more than halfway up the blade towards the handle.

It is not what you want. It induces all sorts of technical perils, it frustrates and unsettles batters, and and it gives hope to tired bowlers.

Without getting too cricket-nerdy about the reasons, we can just rely on our eyes. When you look at a cricket bat, you see a thick bit, about 20cm from the bottom. Intuition tells you that this is probably the best bit to hit the ball with, and intuition is right.

Of course, the England team and their support group know this. Of course, they will have tried their damnedest to change their ways, keep the hands higher when swinging the bat.

The trouble is that changing the way we habitually perform a physical action is a very difficult thing to embed, even if we know the habit is wrong. Practise as we might, concentrate as we might, remind ourselves as we might, under pressure we will regress to the old, bad, way.

There is a music teacher in Adelaide who knows how to fix this. He is also a guitarist and a composer, and his name is Ian Seaborn. He says he has been using a special technique for decades to quickly correct technical flaws in instrumentalists’ playing. He does not claim to have invented it; he learned it from another man. It goes like this:

For five repetitions, you alternate doing whatever it may be the old bad way, and doing it the new right way. You do this with a knowledgeable supervisor observing, and mentoring as you go. You do not rush it. You stop after each time, think about it, reflect on how it felt to do that action, or those movements.

Then you carefully and deliberately complete a sequence of doing it the new right way six times in a row.

It takes more than one go, but it apparently embeds the new, right way of doing the desired action very quickly. And he means embeds. It holds up under pressure. Just as, in cricket, batters who have played a bad or ugly shot follow it by miming the way they should have played it, muscle-memory is kept on the right path.

There probably is not time for the England group to test this technique and see if they can get their hands higher when batting, but I like an even contest.

Just doing what I can. In the comfortable luxury of being two-zip.